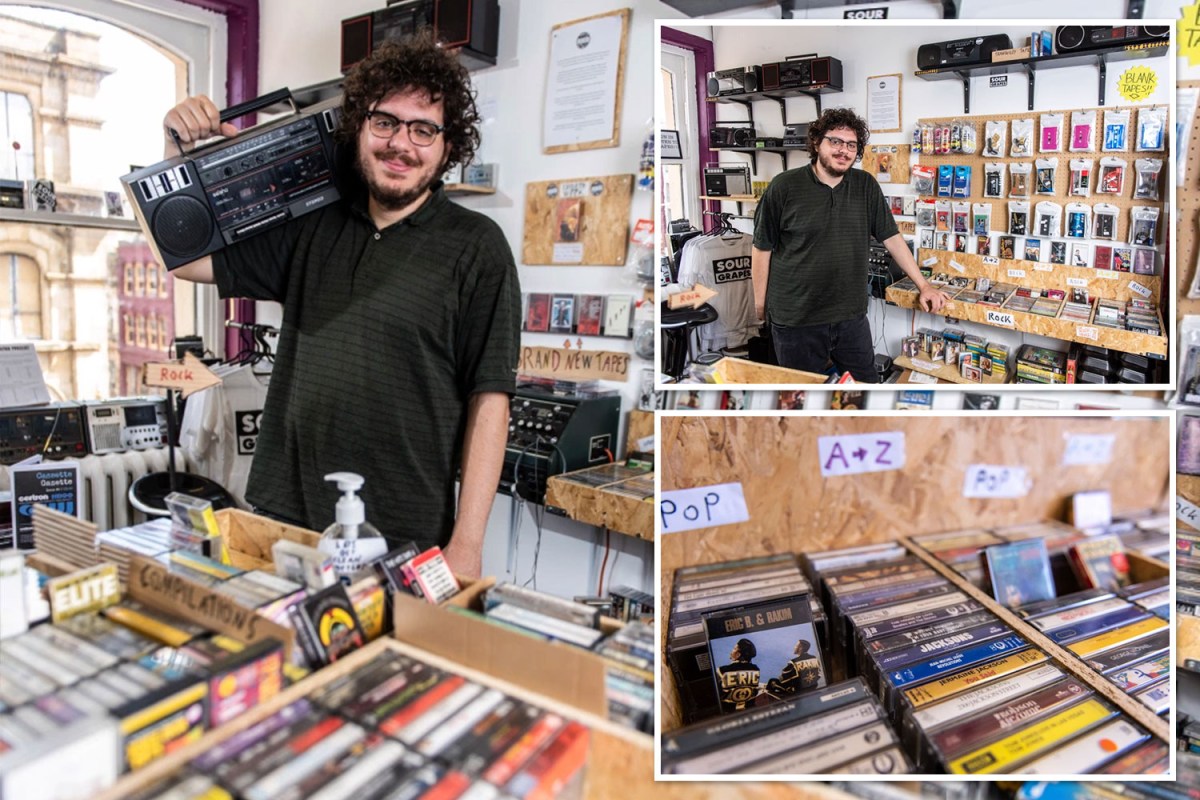 
ENTERPRISING Alex Tadross reckons he’s got business taped at the helm of the last ­cassette shop in Britain.

Alex, 28, has seen brisk trade despite the basic technology, which fell out of fashion in the 1980s with the advent of CDs.

Alex added: “We’re a quirky shop and there has been loads of footfall despite cassettes being typically old school.

“We’ve had a few young people, like teenagers, coming in if they’re starting their own retro cassette collection.

“They buy something almost every week, which is great.”

Alex said the trio moved on to selling cassettes in their Manchester store in February 2019 after launching a shop selling vinyl records in 2017.

They bought “loads and loads” because they are more affordable for customers and “a bit quirkier than a CD”.

He added: “Ever since word got out about us it has got busier, especially since we reopened after lockdown.

“I’m half Egyptian so I also have some Egyptian cassettes from my family.

“There are some cassette shops in Egypt that are successful and have been going since the 80s but the idea of ­cassette shops outside of Egypt is a bit mad to them.”

Most valuable vinyl records could be worth up to £2,000