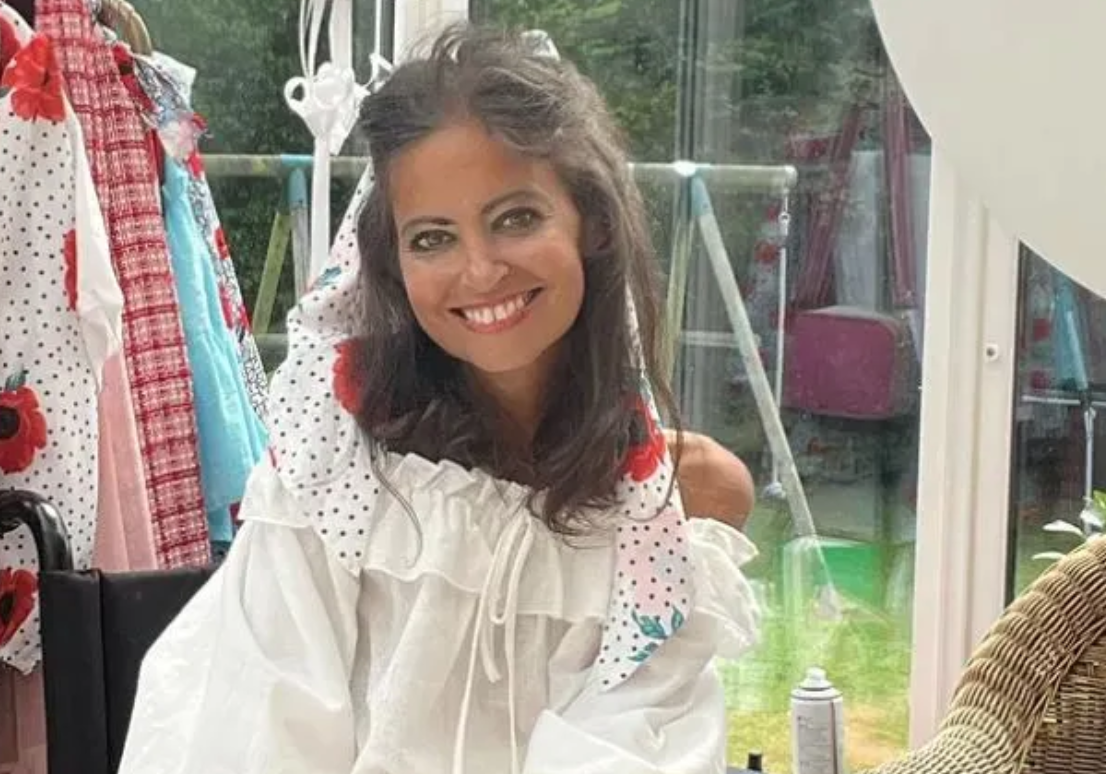 
SHOCKING new statistics have revealed that one in three Brits are at risk of deadly bowl cancer like Deborah James.

UK Times’s columnist was diagnosed with incurable bowel cancer days before Christmas in 2016.

In May 2022 she revealed to her hundreds of thousands of fans that she had been moved into a hospice.

During her final TV appearance aired last week on E4, Deborah urged everyone to talk more freely about their bowel habits.

She said: “I had this image of bowel cancer as like basically an old man’s disease, which I now know is absolutely not the case.

“Actually unfortunately, I’ve met so many young people,  it’s one of the largest rising cancer in people under 50, it’s quite shocking actually – it‘s the last thing thought it would be.”

Now research has revealed that almost half (45 per cent) of UK adults can’t identify a ‘healthy’ stool sample and nearly one in four (23 per cent) have never checked their poo.

That’s according to the new Bupa Wellbeing Index which asked 8,000 UK adults questions about their general health and wellbeing.

Even though bowel cancer is the second biggest cancer killer in the UK, the findings show significant levels of confusion and embarrassment still surround the disease.

Over one in three (35 per cent) UK adults wouldn’t know what to look for regarding signs of ill health within their poo, such as lasting changes to colour or consistency.

Close to one in four (23 per cent) admit to being less likely to seek treatment for a bowel problem than any other medical concern.

Low awareness of cancer symptoms and a reluctance to seek help has been associated with a rise in late cancer diagnosis. Such is the scale of the issue, more than a third of cancer patients are now first diagnosed in hospital A+E.

Half of those surveyed have also never taken up an invitation for a cancer screening. Initially, this may appear understandable as screenings are aimed at specific groups, such as women (cervical screening and mammograms) and older adults (bowel cancer).

Yet the data shows that 43 per cent of women and 46 per cent of over-55s have never accepted an invitation for one of these potentially life-saving checks.

Public Health England figures support this. When looking specifically at bowel cancer, more than one million of those invited for a screening in the past 2.5 years didn’t take up the invitation within six months of being invited.

And although the risk of developing bowel cancer rises with age, 24 per cent of over-55s never check the appearance of their stools.

When considering why, embarrassment is a factor. A third (34 per cent) agree poo is a taboo subject. And one in five would feel more comfortable discussing Brexit (20 per cent) than their bowels.

A similar amount (22 per cent), admit they would be too embarrassed to contact a doctor over poo or gut health concerns, while 15% currently are concerned about a bowel problem but have delayed seeking help.

Mr Shahnawaz Rasheed, Consultant General Surgeon at the Cromwell Hospital says: “People worry about a potential diagnosis, but also perhaps worry more about what happens during an appointment, whether that’s an awkward, personal conversation or an examination.

“It’s worth remembering that the doctors and nurses are there to help you through any anxieties you may have and to be sensitive to your needs. And there’s no need for embarrassment – we see many patients with similar problems all the time.

“We want to establish rapport with and assess each patient accurately and compassionately to make sure they are getting the best treatment as soon as possible to enable the best possible outcome.”

Dr Robin Clark, Medical Director for Bupa Global & UK adds: “Thinking or talking about toilet habits might make you feel uncomfortable, but ultimately being in tune with your bowels could save your life. If anything doesn’t look or feel right, or you’ve noticed an unexplained change of some sort, it’s crucial that you seek medical help immediately, no matter what your age.

The signs of bowel cancer you need to know – remember BOWEL

There are several possible causes of bleeding from your bottom, of blood in your poo.

Bright red blood could come from swollen blood vessels, haemorrhoids or piles, in your back passage.

Dark red or black blood could come from your bowel or stomach.

Blood in your stools is one of the key signs of bowel cancer, so it’s important to mention it to your doctor so they can investigate.

It’s important to tell your GP if you have noticed any changes in your bowel habits, that lasts three weeks or longer.

It’s especially important if you have also noticed signs of blood in your poo.

You might notice you need to go to the loo more often, you might have looser stools or feel like you’re not going enough or fully emptying your bowels.

Don’t be embarrassed, your GP will have heard a lot worse! Speak up and get it checked.

This is less common than the other symptoms, but an important one to be aware of. If you’ve lost weight and don’t really know why, it’s worth mentioning to your GP.

You may not feel like eating, feel sick, bloated and not hungry.

Bowel cancer that causes bleeding can cause a lack of iron in the body – anaemia. If you develop anaemia you’re likely to feel tired and your skin might look pale.

As with lots of other forms of cancer, a lump or pain can be a sign of bowel cancer.

“When caught early, 98% of people with bowel cancer will survive for a year or more, compared to almost half the number when the disease is diagnosed at the latest stage. That’s why it’s also important to attend cancer screening invitations.

“In addition, there are some simple lifestyle changes that people can adapt which will make a real difference. Things like increasing their intake of fruit and vegetables, and other high-fibre food, minimising alcohol consumption and maintaining a healthy weight will all reduce the risk of developing problems later down the line.”

In 2018 UK Times launched the No Time 2 Lose campaign, calling on the Government to lower the bowel cancer screening age from 60 to 50.

The Government agreed, and last year the first screening tests were sent to people in their 50s, with the roll out continuing.

Mr Alastair Windsor, Consultant Colorectal Surgeon and Chair of the HCA UK GI Board adds: “For anyone experiencing symptoms of bowel cancer it is a hugely worrying time. Catching bowel cancer at its earliest and most treatable stage significantly improves treatment outcomes.

“Specialist Centres for Bowel Cancer are a fast and easy way for people experiencing symptoms to access an expert diagnosis. Speedy investigations can be carried out in just one appointment and if required, there is fast access to expert treatment and care.”