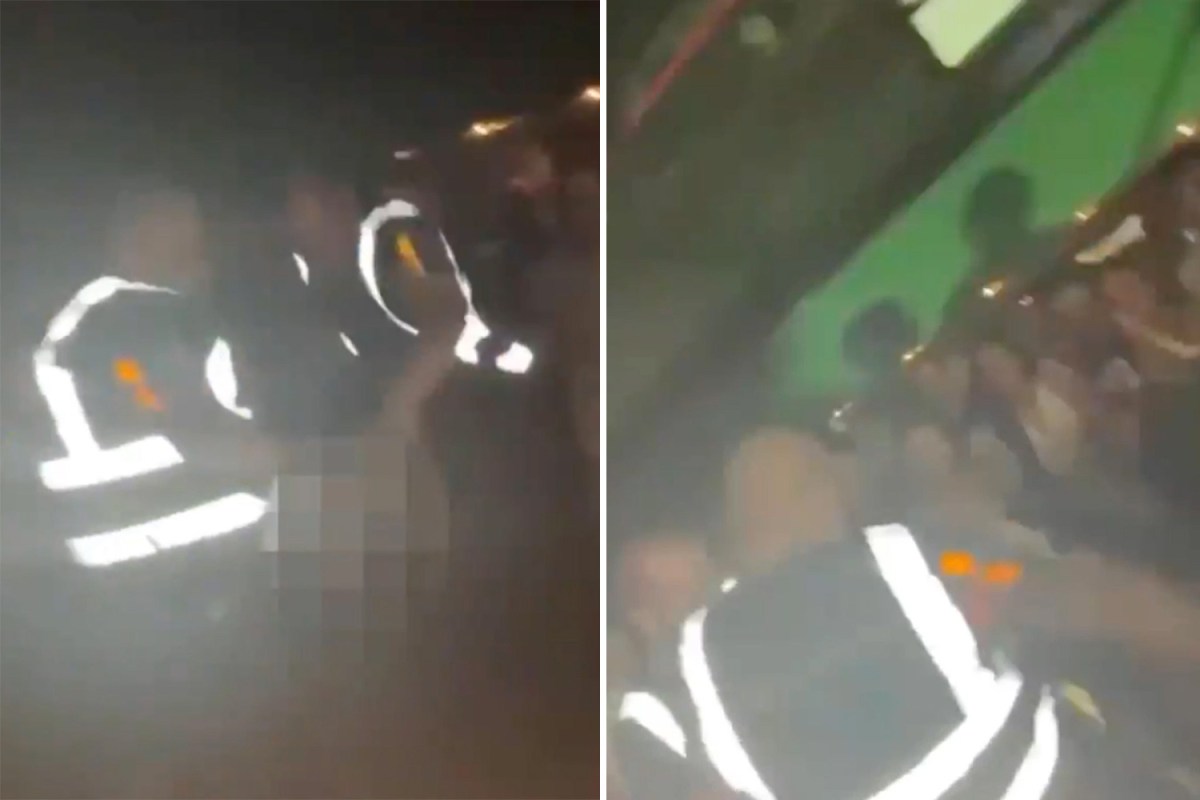 
THIS is the shocking moment a number of club bouncers battered a reveller before throwing him out onto the street with his bloodied girlfriend.

The incident is believed to have taken place on the dancefloor of Rock City in Nottinghamshire city centre on Friday, August 13.

Distressing video shared on social media shows security staff appear to repeatedly hit a man as he is on the floor.

They then kick him again as he is pulled up and dragged away from the dancefloor.

It is not known what happened in the lead up to the shocking clashes – but some door staff have now been suspended.

In another video the man is allegedly seen being thrown onto the street by the bouncers.

A girl, who is thought to be the reveller’s girlfriend, is seen with blood coming from her nose.

A spokesperson for DHP Family said: “We are aware of the incident and are working directly with police to resolve this.

“We take matters such as this very seriously, and the welfare of our attendees is always our main priority.

“The doormen in question were immediately suspended, and we are in dialogue with the company we subcontracted them from so that appropriate measures can be taken.

“We strive to make Rock City a fun, welcoming and safe environment for anyone who visits us, and we do not tolerate this kind of behaviour.”