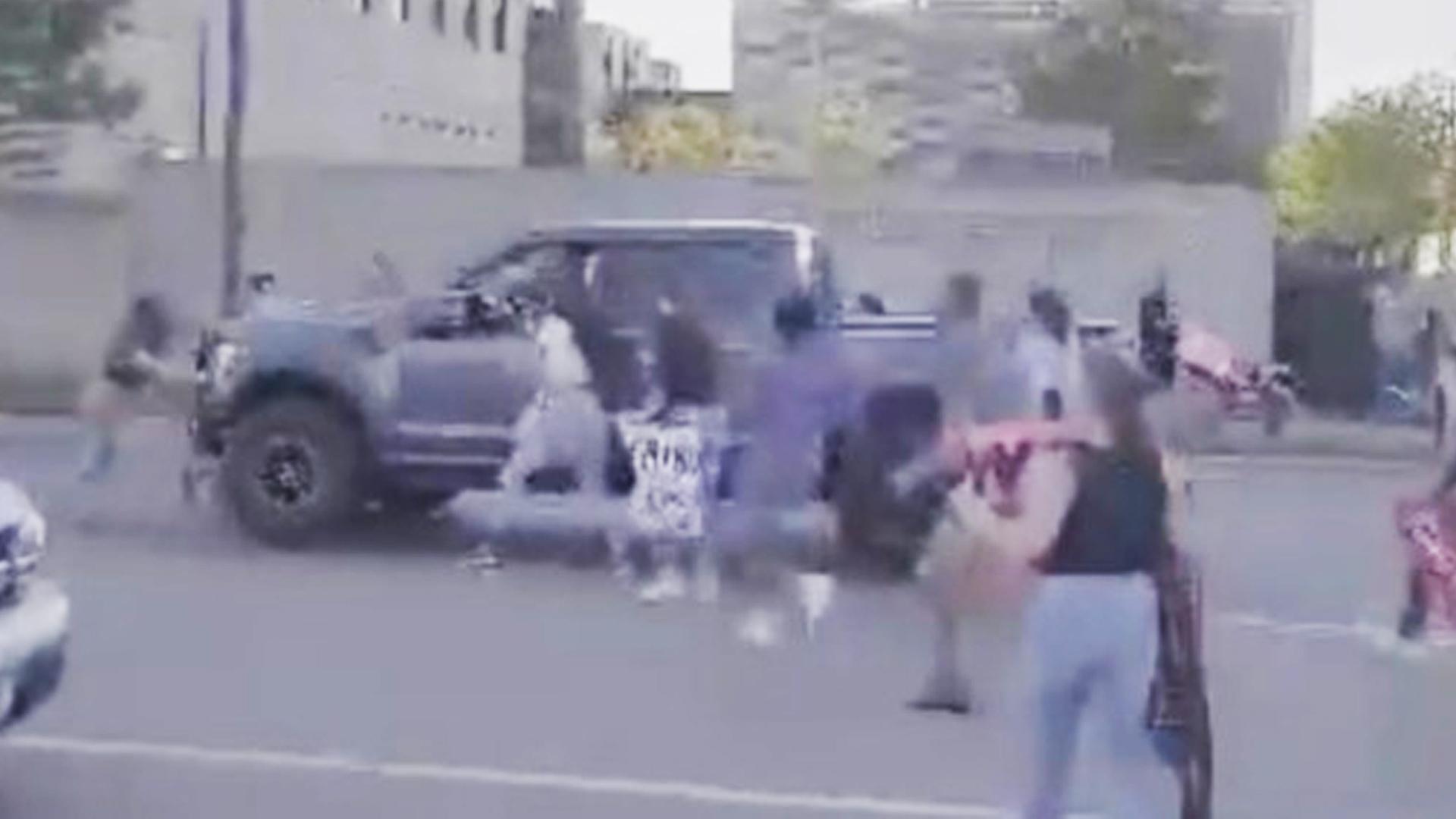 
SHOCKING video appears to show a truck hitting protesters during a demonstration over the Roe v Wade decision in Iowa.

Police told local media that at least one person was hit in downtown Cedar Rapids as mass protests take place across the US.

Police are investigating the act, which took place around 7.17pm as protesters were near the local courthouse.

How many people were hit and the extent of the one confirmed victim’s injuries is unknown.

Cedar Rapids Councilmember Ashley Vanorny was at the protest and tweeted about the incident.

“Tonight a truck jumped traffic + plowed into peaceful protestors crossing the pedestrian walkway at the Federal Courthouse,” she wrote.

“I was walking along side them—the crowd included children alongside me. Thank you for @crpd for responding.”

In an interview with UK Times, Vanorny explained that demonstrators were in the street in response to the Supreme Court’s decision.

Following speeches, protestors walked around the city while chanting.

“Everything was peaceful. Everybody minded their Ps and Qs,” she said.

“As we were finishing up, literally the last leg of it, just crossing the street to get back where we had started, a truck decided to be impatient.

“I think it was completely unrelated to anything that we were there for and it decided to jump out of line, they weren’t even the first [vehicle] at the stop and plowed into people as they were crossing.”

She claims the driver of the truck “nudged” the demonstrators at first before “deciding to do it again” and knocked people over.

Vanorny claims the driver had run a person’s foot over and knocked at least three people to the ground before speeding away.

“Thankfully, everybody is alive and there were no life-threatening injuries by a long shot, but I think everybody’s pretty scared.”

She thanked the Cedar Rapids Police Department for their quick response to the incident.

“It’s really disheartening and disgusting to me as a council member that this happened to my citizens, but I will say that my council takes this stuff very seriously. We’re not having it.

“This kind of stuff isn’t allowed in Cedar Rapids and we will make sure that this person is held accountable.

PROTESTS AROUND THE US

Protests have erupted across the country following the Supreme Court’s decision to overturn the landmark Roe v Wade decision.

The 5-4 decision will leave the issues of abortion up to state legislators, which will ultimately result in a total ban on the procedure in about half of the states.

Huge crowds of protestors gathered outside the Supreme Court and in multiple cities such as Chicago, Philadelphia, Denver, San Francisco and New York City.

Protests were also planned in Florida, Missouri, Georgia and Texas for Friday evening.