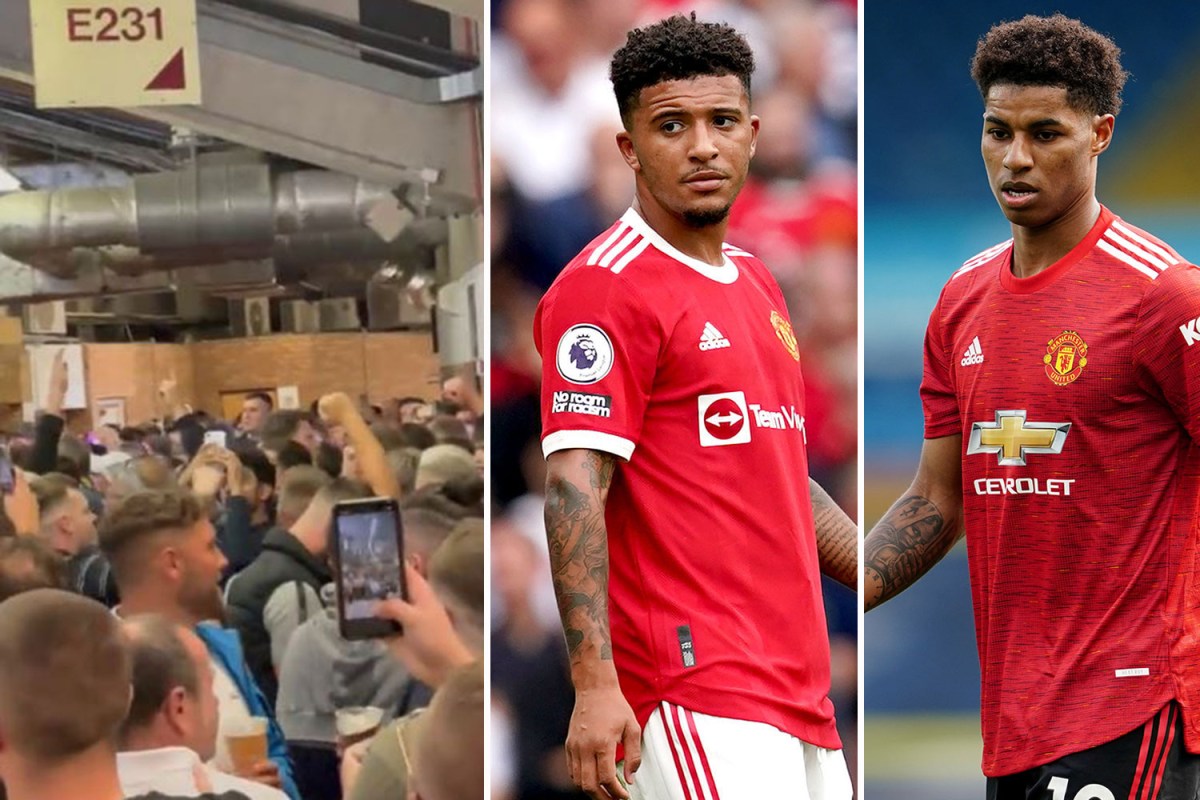 Rashford, 23, and new United signing Sancho, 21, were accused of “letting the country down” by the Leeds faithful.

The fans were of course referring to the pair’s misses for England in the Euro 2020 final penalty shoot-out against Italy.

It was not just a vocal minority, with a crowd of Leeds fans singing “Sancho and Rashford, you’ve let the country down” – an adaptation of England fans’ tune “Scotland get battered, everywhere they go”.

Some supporters could be seen with wide grins on their faces as others filmed the scenes inside the stadium.

It is a rather insensitive reaction to the Euro disappointment given both players were subject to racist abuse after the penalty misses.

Tottenham and Brentford fans have shown the exact opposite reaction to Bukayo Saka, with the Bees giving the winger a standing ovation when he came on for Arsenal in Friday’s game.

And given Spurs gave 19-year-old Saka a similar reception, Leeds fans cannot put their behaviour down to club rivalry.

It is also a far cry to those who published messages of support to Rashford on his mural in Manchester.

Rashford and Sancho got the last laugh however, as United thrashed Leeds 5-1.

Sancho came on to make his United debut and it should be a day to remember for him despite the best efforts of Leeds supporters.