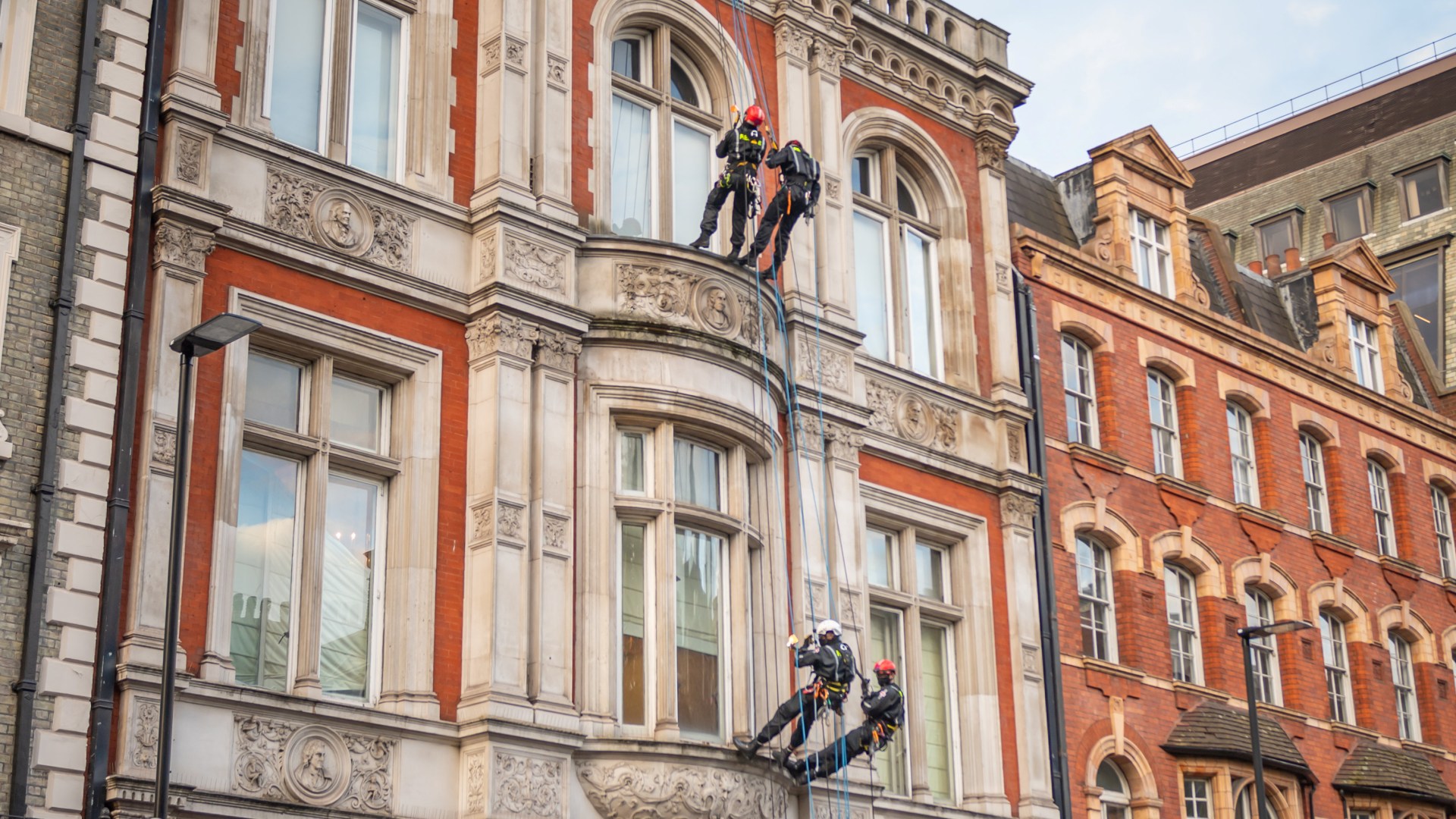 
A TEAM of ex-special forces veterans abseiled off the roof of a luxury London home to help evict squatters from the property.

The security group roped down the front of the stunning property on Bloomsbury Way as part of an operation to kick out people who had been living there.

They were needed to block the windows to stop squatters jumping out as bailiffs stormed inside through the front door.

Specialist Group International boss Peter Faulding, 59, said he could see the house was “trashed” after the squatters had been removed.

Peter, a former Parachute Regiment veteran from Sussex, said that his group’s operations were always aimed at safely and respectfully removing people.

He said: “We’ve always built a good relationship with protestors, in all the incidents we’ve dealt with we’ve never had an accident or aggression.

“These people in this building were squatters, so it was a different approach, but despite it being a ‘raid’ we try to be kind and respectful.

“We were brought in by the bailiffs because we’re the group that deals with situations other people can’t deal with.

“This incident was a private removal, so not a police matter, but I’ve dealt with every major protest since the Newbury bypass protests in 1995.

“We’re the only specialist protester removal team in the UK.”

Made up of former special forces, fire, police and military veterans, SGI is contracted by the police to recover evidence in impossible situations and evict protestors safely.

Kitted out with £3mn worth of equipment, two dogs, vans, and even a helicopter, the group have previously removed protestors from oil rigs and even underground.

Hired out by bailiffs Veritas, the SGI executed an early morning raid on the squatters at 4:30am by descending down on zip-lines from the roof.

The Grade II listed Bloomsbury House is advertised online to let as a conference venue for £295,000 a year.

Peter said the best approach to handling people in a volatile situation is to offer them a coffee and be compassionate.

He said: “You just have to be caring and treat everyone the same, give them a smile and help them safely get out. We’ve never had any problems as a result.

“This wasn’t about going in hard – it was about making sure people didn’t get injured, that’s what we are about.

“The main reason for that strategy is to prevent them getting onto the roof or balconies of the property.

“Once they are on there bailiffs operations always fail because it becomes too unsafe to try and remove them. They could fall or get hurt.

“We have a 100 per cent safety record though, so we were contracted a few weeks ago to launch the operation and rehearsed the plan beforehand in similar conditions.”