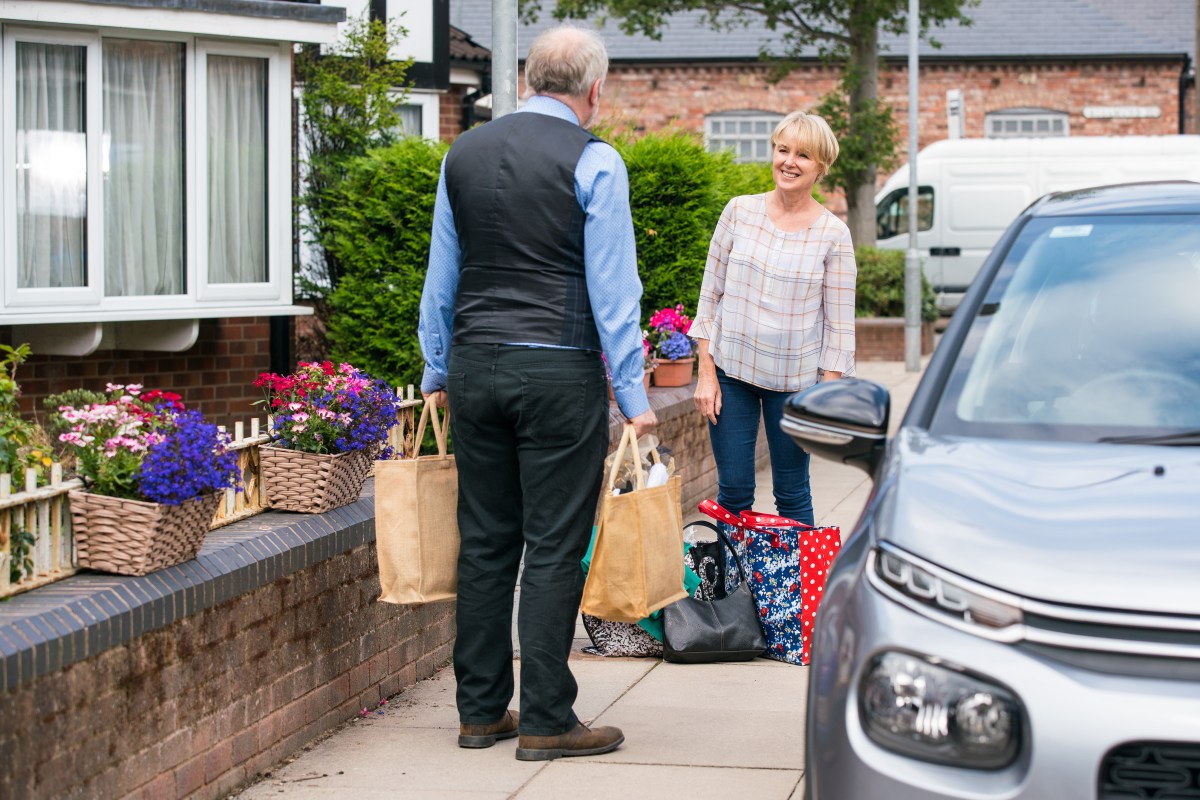 
SALLY Metcalfe tries to destroy her husband Tim’s business with a car parking scheme next week in Coronation Street.

The former mayor of Weatherfield has been taking a back seat on the cobbles recently.

But next week she returns to her old ways as she complains to Shona about the increase in hectic parking on the cobbles, adding that she got a parking ticket yesterday thanks to an overly fussy traffic warden.

Sally is embarrassed, however, when she spots Izzy’s friend Fergus and learns that he’s a traffic warden.

Sally later spots Fergus in the street and apologises for her cafe rant.

But when she learns that Fergus himself issued her parking ticket, Sally blows and Fergus hurries off.

Later in the week, Aggie offers to help Sally with her parking campaign to enforce new measures, but she soon regrets it when Sally dumps a huge pile of paperwork in front of her.

Sally wastes little time and arranges a meeting with the council about the parking problem, before knocking on doors in pursuit of signatures in favour of resident permits for the street.

Tracy and Alya burst her bubble when they express concern that resident permits could be detrimental for their businesses if customers can’t park nearby.

They also point out that Sally’s permit plan could be disastrous for Street Cars, where her husband Tim works.

Will Sally’s stubbornness leave her marriage in tatters?