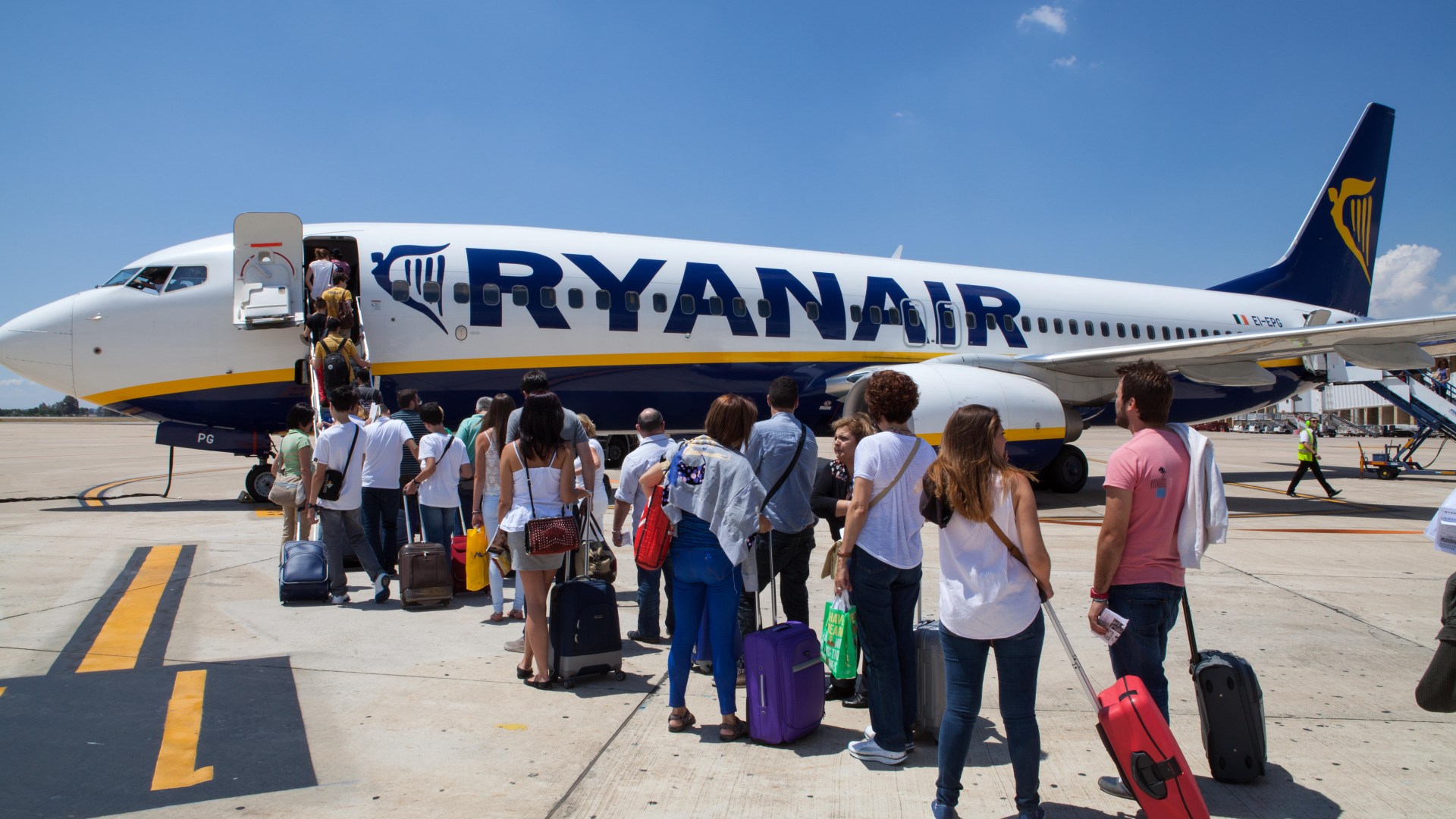 
RYANAIR workers will strike in five countries from TODAY, with passengers bracing for chaos.

Staff from the budget airline in Spain, Italy, France, Portugal and Belgium will walk out in a row over pay and working conditions.

The Belgian strike was the most recently announced and will take place from today until Sunday.

It was organised to coincide with the Portuguese and Spanish strikes, both of which will happen at the same time.

A further three-day strike is also planned in Spain for next weekend, running from June 30 until July 2.

In France, the strike will be a day shorter, beginning tomorrow, Saturday.

Meanwhile in Italy, the walk-out will take place over 24 hours, taking place on Saturday only.

UK Ryanair crew have not voted to strike, but the action will still affect the thousands of Brits hoping to head to Europe this weekend.

A Ryanair spokesperson has sought to dispel fears of widespread disruption.

They told Sun Online Travel: “Ryanair has negotiated collective agreements covering 90 per cent of our people across Europe.

“In recent months we have been negotiating improvements to those agreements as we work through the Covid recovery phase.

“Those negotiations are going well and we do not expect widespread disruption this summer.”

Despite that, some routes could be disrupted by the walk-outs this weekend.

Ryanair operates 17 planes from Charleroi and two aircraft from Brussels, which may be hit by the walk-out in Belgium.

The airline will keep customers informed by email or text across the weekend.

Ryanair is not the only airline facing disruption this summer.

Yesterday, it was announced that around 700 check-in and ground staff for British Airways will walk out.

The workers, all of whom are based at Heathrow and are members of the GMB and Unite unions, could down tools as early as July 8.

Heathrow passengers are among those to face particular misery so far this summer after the hub cancelled ten per cent of its plane journeys earlier this week.

The hol hell that could affect you this summer:

Staff working for easyJet will also walk out for nine days in July.

Airline staff who belong to the Spanish USO union announced they’ll form picket lines after easyJet confirmed 11,000 flights would be axed from its summer schedules.

The strikes, three 72-hour stoppages at fortnightly intervals from July 1, would mean hundreds of crew stop work at easyJet’s bases in Barcelona, Málaga and Palma.

It’s feared there’ll be a “summer of discontent” that could paralyse the travel industry throughout the summer.

The action will turn the screws on families desperate for a hard-earned break after weeks of misery and chaos at airports across the country.

Even those who plan to holiday in the UK will face challenges.

There are fears militant rail unions are already drawing up plans for a crippling second wave of strikes in just two weeks.