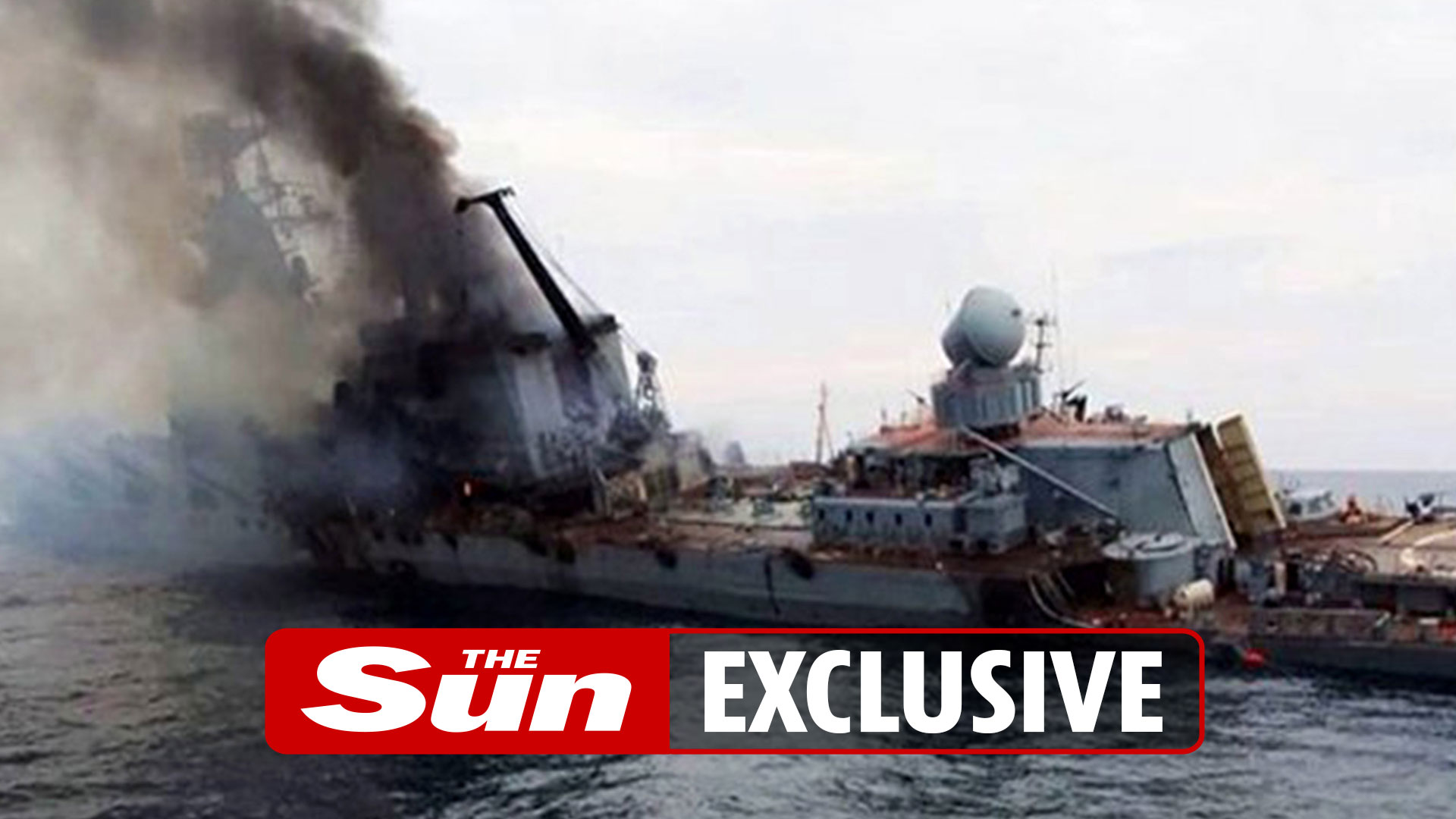 
RUSSIAN forces have secretly tried to remove the dead from the sunken cruiser Moskva.

It comes after allegations that sailors were “left to drown” while “officers fled the ship like rats”.

Ukrainian military intelligence claims up to seven vessels had been involved in a two-week salvage op.

The Moskva, flagship of Vladimir Putin’s Black Sea Fleet, was sunk on April 14 by Ukrainian missiles.

A spokesman for Kyiv’s defence ministry said: “They retrieved the bodies, removed all the equipment that was classified, and cleansed this cruiser.”

Relatives of the crew have made allegations that Moscow is trying to cover up what happened.

So far Russia has said only one died in the sinking, yet in reality scores were killed or are missing.

One missing sailor’s dad said: “There were no rescue efforts.

“Officers fled the ship like rats, the sailors were abandoned.