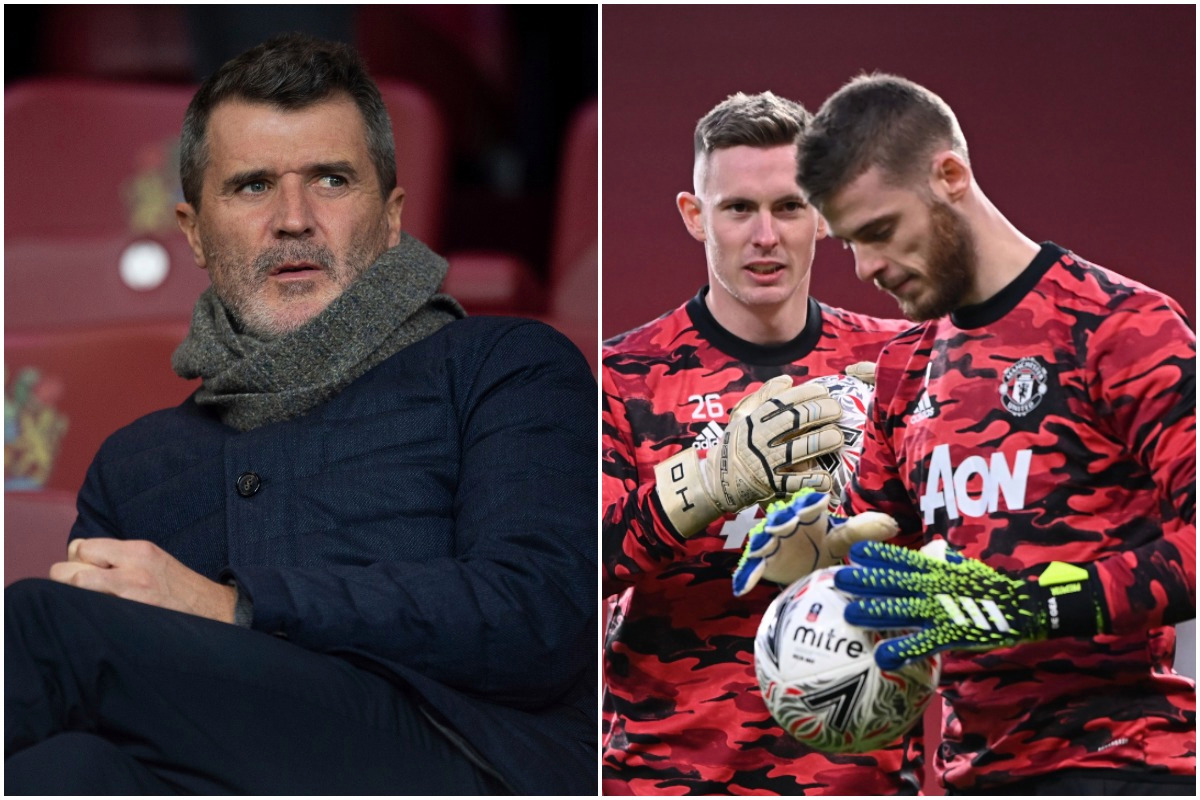 The Red Devils begin their Premier League campaign on Saturday afternoon when they host Leeds United.

David De Gea and Dean Henderson will battle for the number one jersey, with Tom Heaton also joining this summer.

He told Sky Sports: “United have a huge problem with their goalkeeper.

“We can talk about Manchester City here and Liverpool there, we never talk about their goalkeepers because it’s taken care of. But United, I get drawn back to that all the time. We talk about midfielders and full-backs, but the goalkeeper – not up to it.

“But people say De Gea was good six or seven years ago, I was good 20 years ago! You can’t keep looking back.

“At the moment these ‘keepers aren’t good enough.

“Henderson, OK, might get more of a chance. But it’s alright playing for Sheffield United, playing for Man United is a different animal.”

Keane also argued with former team mate Gary Neville’s suggestion that Harry Kane was a ‘great lad’ as the England captain tries to force a move from Tottenham to Manchester City.

He said: “There’s nothing wrong with Harry wanting to leave and better himself, we all do that in life surely.

“If City really want you, let them do the deal. Harry can’t have his cake and eat it, Gary says he’s a great lad but great lads get on with their training.

“We’re saying he’s a great lad, and a good pro and he turns up and does his job, f***ing hell that’s your job!

“This idea that you can say “last year you promised me this”, I’ve never heard so much rubbish in my life.”