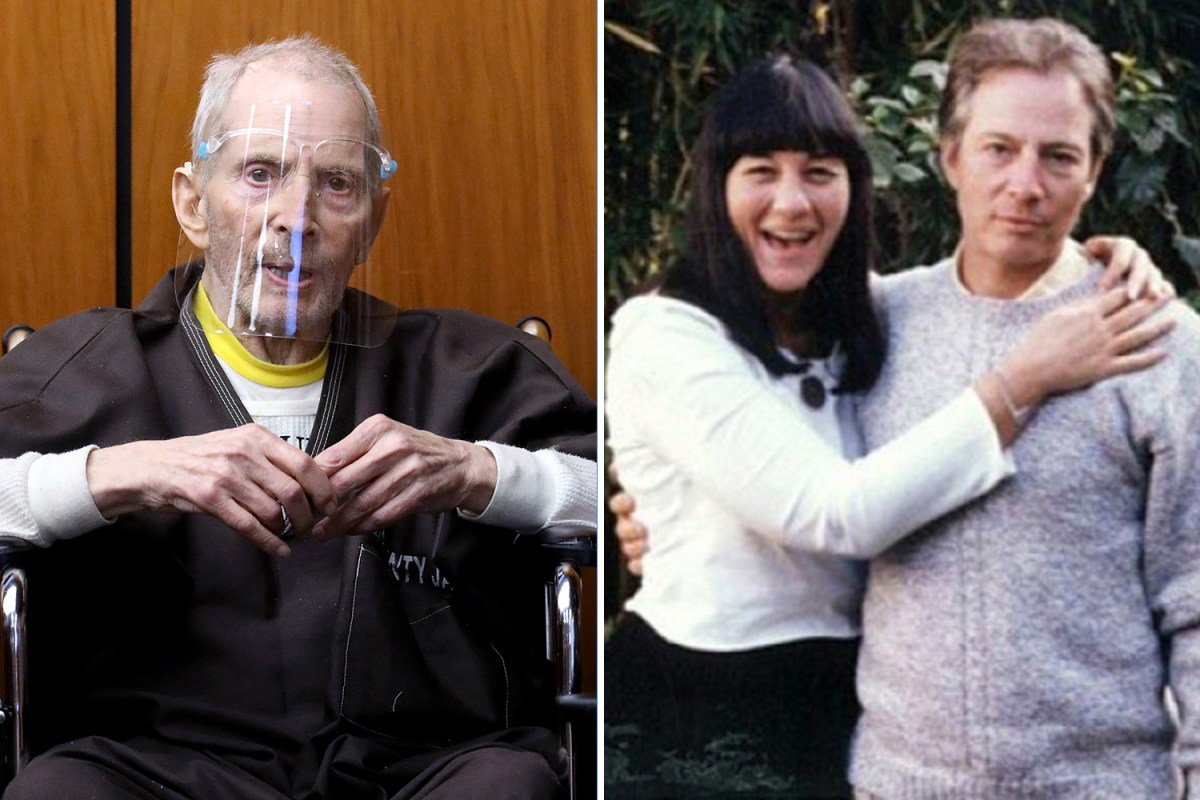 
ROBERT Durst sensationally admitted in court yesterday he wrote the famous “cadaver note” directing police to the body of a friend he is now accused of killing.

After lying about it for two decades, the real estate heir told his murder trial he sent the letter to police after finding Susan Berman dead at her home in Los Angeles in December 2000.

Durst, 78, admitted he had lied about authoring the note – a crucial piece of evidence – because it made him look guilty.

“I have difficulty believing it myself,” he said on the witness stand yesterday at Los Angeles County Superior Court.

“It’s very difficult to believe, to accept, that I wrote the letter and did not kill Susan Berman.”

The frail pensioner, giving evidence from a wheelchair, told the court he had planned a Christmas “staycation” with his best friend Susan.

He let himself in with the key she mailed him and then found her bleeding on the floor, he claimed.

“I did a double take when I saw Susan,” he said.

“I shouted ‘Susan!’ a couple of times, then I quickly ran to the bedroom where she was. Her eyes were closed.

“I put my hand over her face to see if she was breathing. It felt cold. Then I grabbed her by her arms … her head just hung down. I could see that her hair was in some kind of liquid.”

Durst said he tried to call 911 but the phone was not working, and he feared being found by neighbors with the body.

So he left the house and stopped at a pay phone two miles away on Sunset Boulevard.

But he got cold feet when an operator answered.

“I decided I did not want to give them my name,” he said. “I was aware that my voice is very recognizable even without a name.”

Instead he scrawled the word “cadaver” and Susan’s address on a scrap of paper and mailed it to the Beverly Hills Police Department.

The note featured in a key moment of the 2015 HBO documentary about the case, The Jinx.

Durst stormed out of an interview after being confronted with a letter he allegedly wrote to Susan in 1999 containing the same misspelling of “Beverley” as on the cadaver note.

Unaware he was still being recorded in a restroom, he muttered: “What the hell did I do? Killed them all, of course.”

Many viewers took that as a confession, although Durst continued to deny killing his friend or writing the note.

The note has also been a crucial part of the LAPD investigation for nearly two decades, reports the Los Angeles Times.

In 2002, detectives obtained a handwriting sample from Durst under a judge’s order.

He scribbled the words “BEVERLEY HILLS POLICE”, “1527 BENEDICT CANYON” and “CADAVER” for comparison with the text in the cadaver note.

Durst, the eccentric estranged heir to a New York real estate fortune, was arrested for Susan’s murder in 2015 on the day the last episode of The Jinx was aired.

But his trial did not get under way until 2020 and Covid delayed it again until this month.

He has strongly denied killing Susan during four days of evidence so far.

His attorneys tried for years to have the cadaver note disallowed as evidence, but conceded he penned it in pre-trial papers in 2019.

Yesterday was the first time he publicly acknowledged lying about being the author.

Prosecutors allege Durst murdered his decades-long confidante Susan to silence her because she had evidence he killed his first wife Kathie in 1982.

Her body has never been found but she was later declared legally dead. Durst denied any wrongdoing.

Durst told the Los Angeles trial he knew Susan was co-operating with a fresh police inquiry into Kathie’s disappearance but she was not blackmailing him.

Prosecutors have introduced evidence of the 1982 case in a bid to prove he also murdered Susan Berman.

The trial has also heard he was acquitted in 2001 of murdering Texas neighbor Morris Black after saying he shot him in self-defense.