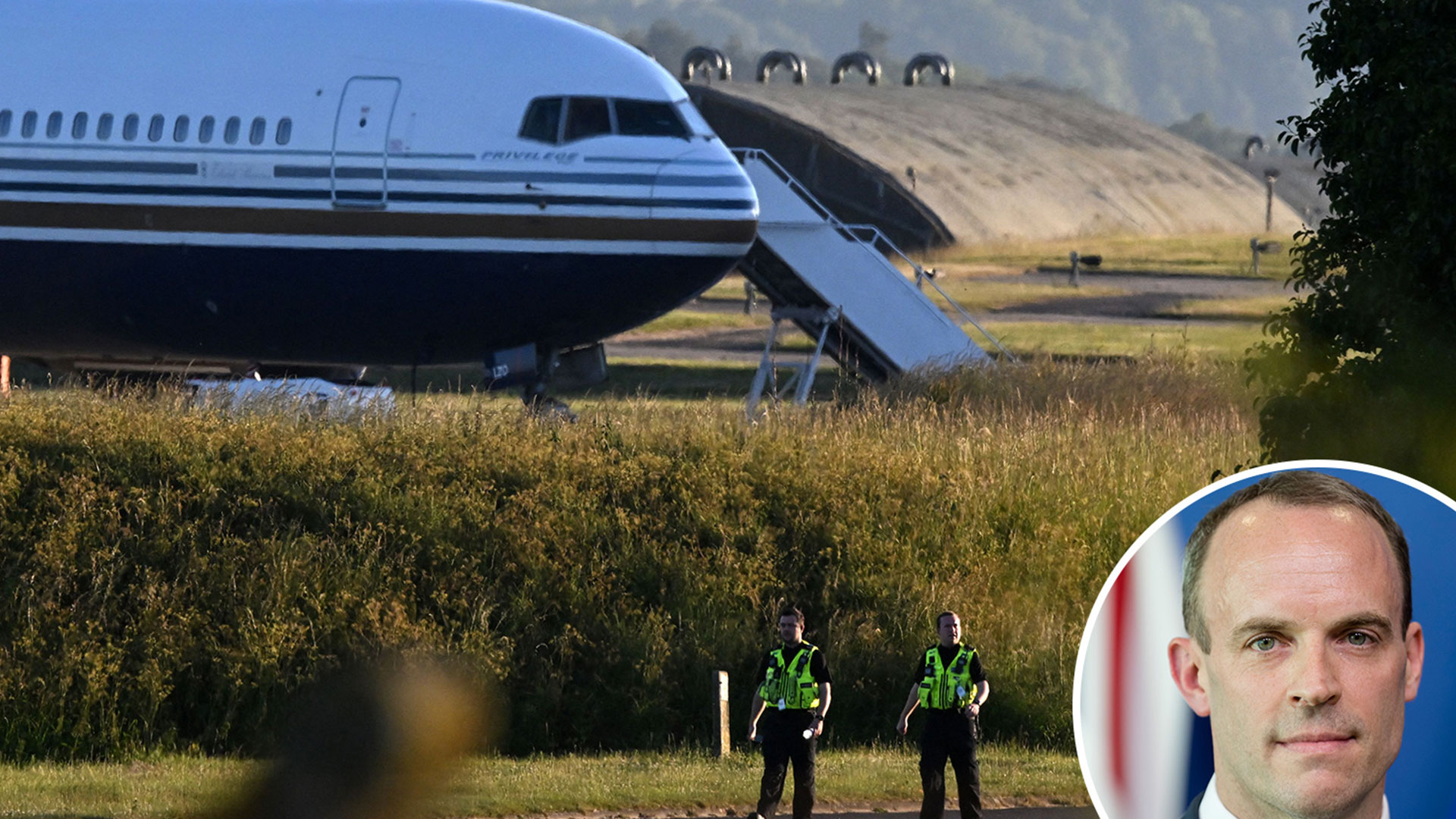 
LAST week, at the 11th hour, the Strasbourg court blocked the first UK government flight for asylum seekers to Rwanda.

This was despite the highest courts in the UK being satisfied there was a legitimate public interest in the Government’s policy.

We are members of the European Convention of Human Rights — but that convention does not grant the Strasbourg court any power of injunction over the UK.

So, our Bill of Rights will clarify the remit of Strasbourg and ensure our courts have the final say.

That is just one of the reforms in our UK Bill of Rights, published today, to replace Labour’s Human Rights Act.

We have two fundamental aims. First, we will strengthen traditional UK rights such as freedom of speech — under attack, from expanding privacy law to stifling political correctness — and recognise the importance of jury trials in the UK.

This better reflects our tradition of liberty in this country.

Second, we will curb abuses of the system and reinject a healthy dose of common sense.

Take the Zimbabwean national who was jailed for two years for child cruelty inflicted on his stepson.

As soon as his sentence ended last year the Government tried to deport him.

But he used an elastic reading of the right to family life — imported from Strasbourg, magnified by Labour’s Human Rights Act — to stay in the UK on the grounds he had smoothed things over with his victim.

By any measure, that is a perverse outcome. Of course it is right that the courts apply the law, but expanding it — including through ever more elastic interpretations of human rights — must be made subject to the democratic will of elected MPs in Parliament.

So, we will clarify the separation of powers between the courts and Parliament — to make it crystal clear that it is MPs who must have the final say.

At the same time, we will make it plain that judges considering human rights cases in the UK do not slavishly need to follow decisions made at the European Court of Human Rights.

We will make it plain that judges considering human rights cases in the UK do not slavishly need to follow decisions made at the European Court of Human Rights.

The UK Supreme Court should not be subordinate to Strasbourg — the clue is in the title.

Likewise, we will take back control of our laws by stopping the courts from being licensed under the Human Rights Act to amend pieces of legislation, which as a matter of basic democratic principle should be decided by elected MPs.

Next, claimants will have to show they have genuinely suffered before bringing a claim, and we will ensure the courts can reduce compensation for those whose actions have harmed others. The Bill of Rights will help deliver real practical benefits.

As well as facilitating the removal of foreign criminals, it will also support our reforms to the parole system, so we can better protect the public from dangerous criminals.

We want ministers to have a power to prevent the release of the most dangerous categories of offenders — murderers, rapists, terrorists and those who have caused or allowed the death of a child — so we can safeguard the public.

Under the Bill of Rights we will have stronger safeguards to prevent legal challenges against finely balanced decisions where threats to victims or the public are at stake.

So too, as we strengthen our counter-terrorism strategy in-side our prisons, we need the ability for governors to exercise their judgment about when to isolate a convicted terrorist or linchpin extremist leader.

The Bill of Rights will help the Government to defend against legal challenges, claiming a “right to socialise”, which risks the spread of extremism and violence in our jails.

So, our Bill of Rights will reinforce the UK’s proud tradition of liberty and curb abuses of the system, issues I know Sun readers care about.

In practical, operational terms, it is a vital reform to enable us to strengthen free speech, deport more foreign offenders, prevent the early release from prison of dangerous criminals and properly contain terrorists within our prisons.

Ultimately, it will make us freer — and our streets safer.