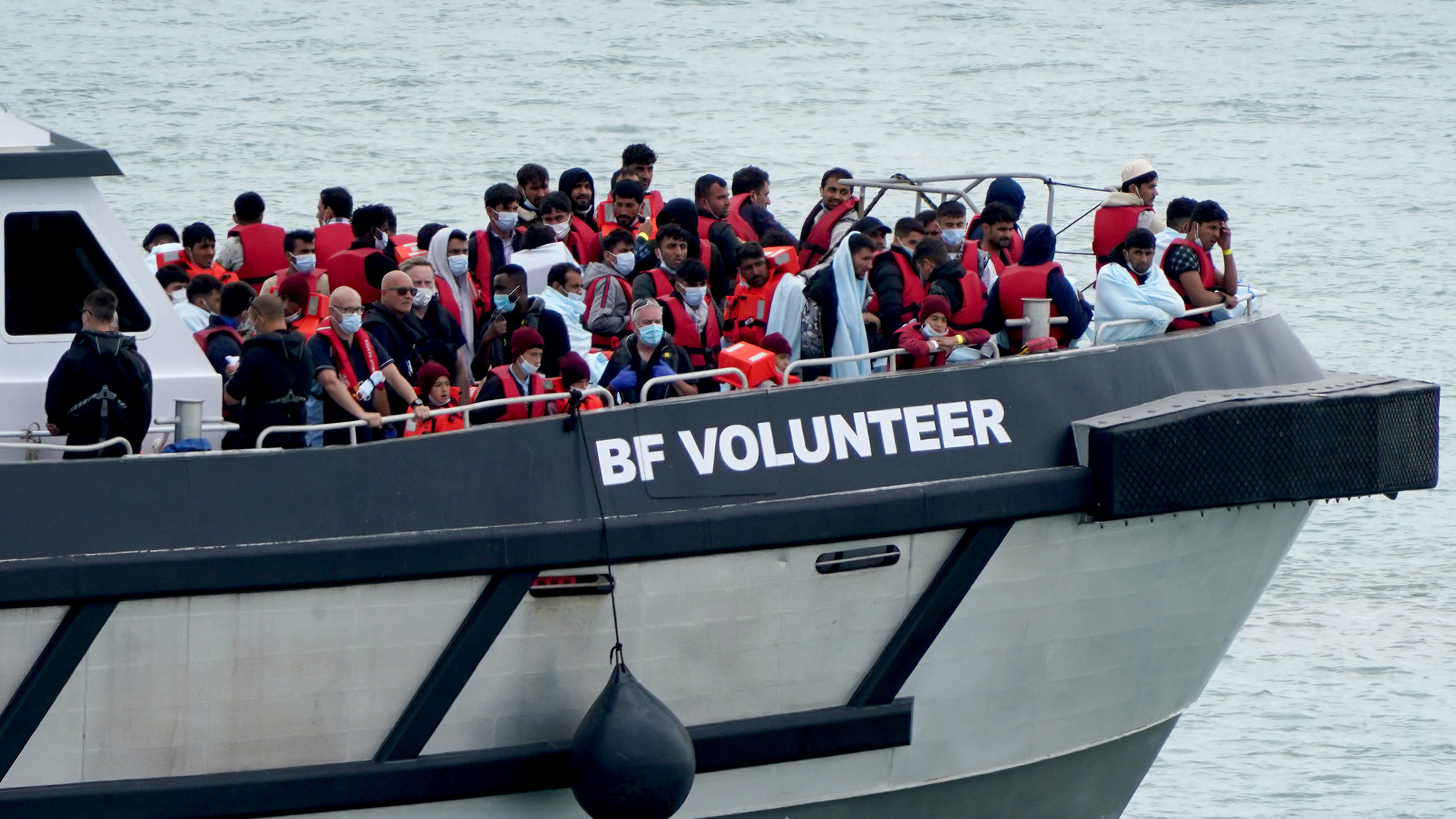 A BORDER Force vessel brings migrants to shore as 696 crossed the Channel to the UK on Monday — a daily record for this year — in just 14 boats.

Home Secretary Priti Patel is ready to give France another multi-million-pound package for drones and beach patrols in a bid to halt the crossings.

“We should not be paying tens of millions of pounds more to the French in return for their continued failings.”

It would be the third year in a row where money has been funnelled to France to try and stop migrants coming.

The numbers of new arrivals are putting Britain on sure for another record-breaking year of crossings.

It comes despite hopes the Rwanda policy would be a deterrent.

Liz Truss and Rishi Sunak have both vowed to maintain the policy if they become Tory leader.


Archie Battersbee's life support machine will be turned off this morning

HELD BY BOYS IN BLUE


Lee Ryan arrested after 'going berserk & being abusive on plane'