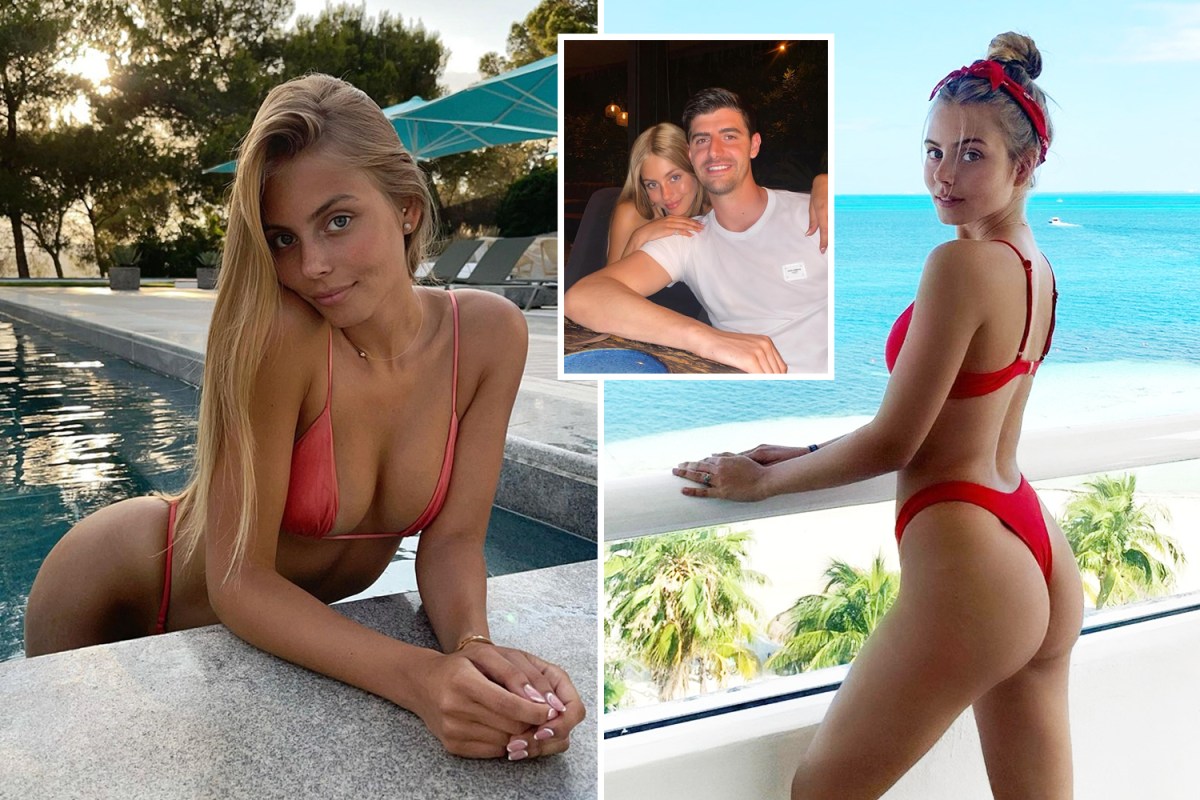 
FORMER Chelsea goalkeeper Thibaut Courtois has taken to Instagram to pose publicly with his new girlfriend for the first time.

He was spotted with Israeli model Mishel Gerzig earlier this summer, sparking rumours that the pair were together – and now both have revealed that they are officially a couple.

The 29-year-old took to Instagram to reveal his news, posting a picture of him next to the 23-year-old model.

Courtois captioned the post in Hebrew that translates to “The love of my life” to which Gerzig replied, “my love”.

The pair were seen aboard a yacht together in Ibiza after Belgium’s exit from Euro 2020, but the shot stopper didn’t give much away at the time.

But now the pair have gone public, with both of them posting pictures together on Instagram in recent days.

Gerzig has over 180,000 followers on Instagram and represents ITM models.

She took to Instagram this week, posting a picture of her holding hands with Courtois as they shared a laugh, captioning the photo “mi amor” or “my love”.

Earlier this year, Courtois was linked to Spanish model Mayka Rivera – but she denied the rumours.

He has two children with Marta Dominguez – but the pair split up while he was at Chelsea.

The Belgium international also allegedly fathered a secret love child with his TV host and married neighbour Alba Carrillo in 2019.

And the Real Madrid keeper celebrated the news of announcing his relationship with Mishel Gerzig by helping Los Blancos to a 4-1 win against Alaves in their La Liga opener on Saturday.

Karim Benzema scored twice, with Nacho and Vinicius Jr adding the other two goals to send Carlo Ancelotti’s side top of the La Liga table on goal difference after one game.

Ancelotti and Co will be desperate to bring the La Liga title back to their half of Madrid this campaign after Atletico scooped the prize last season.

And they will feel like they are in pole position to do so after Lionel Messi’s departure from Barcelona and the financial mess the Catalan club find themselves in.