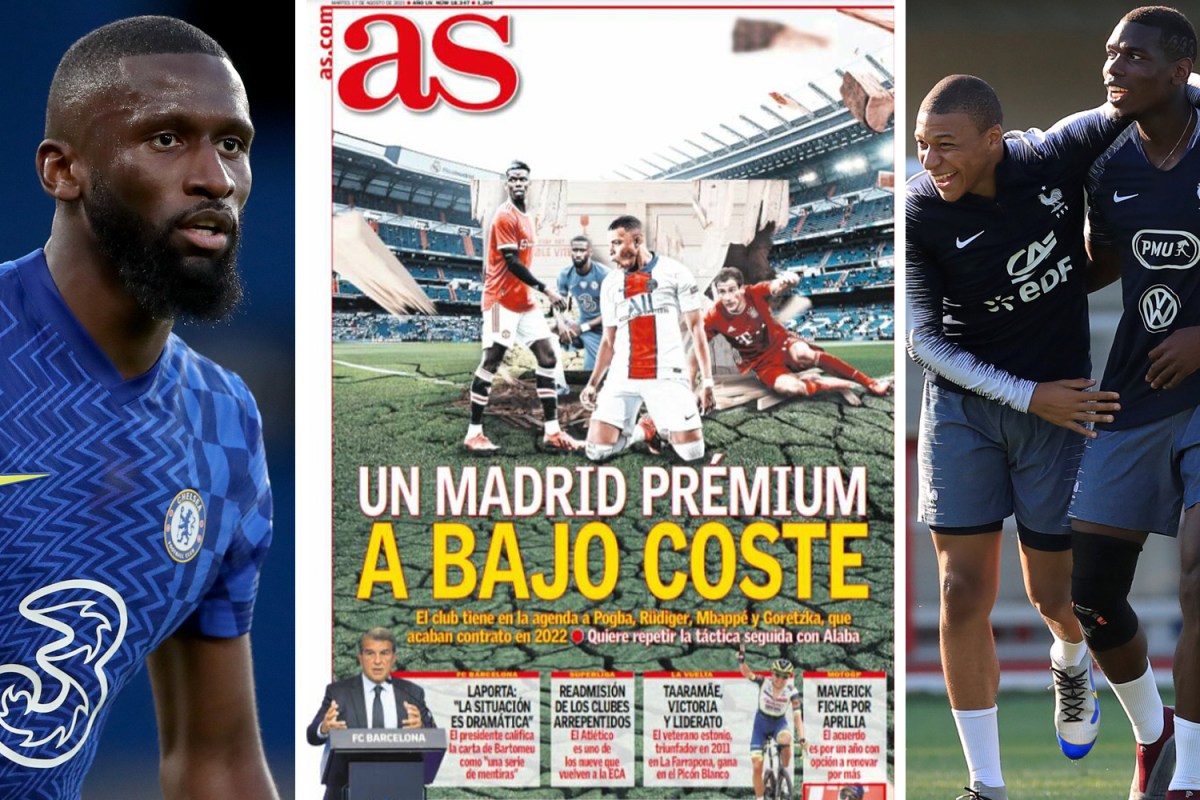 
REAL MADRID are reportedly plotting a huge rebuild with a host of stunning free transfer signings.

The Galacticos are feeling the pinch following the coronavirus pandemic and have been forced to cut costs.

But that has still not stopped them from targeting several high-profile arrivals for NOTHING following their recent free capture of David Alaba from Bayern Munich.

That is according to Spanish publication AS, who state the LaLiga giants are plotting swoops for soon-to-be out of contract stars Kylian Mbappe, Paul Pogba, Leon Goretzka and Antonio Rudiger.

Paris Saint-Germain striker Mbappe has long-been their No1 transfer target and will not commit to a new contract in the French capital.

The World Cup winner remains on the same contract that he signed back in 2017, and earns less than half of new signing Lionel Messi.

But he refuses to renew, amid strong hints that he will sit out the remaining months of agreement before heading to Madrid when it expires in June.

Manchester United midfielder Pogba has also entered the final 12 months of his deal at Old Trafford.

Despite his stunning start to the season in the 5-1 thumping of Leeds, tensions between the club and his agent Mino Raiola remain high, and talks over an extension appear to have cooled for now.

Bayern Munich remain hopeful that their midfielder Leon Goretzka will commit his future to them as they prepare to offer him a new £10m-a-year package.

But today’s report states that Madrid are already planning to present him with a contract to seal his services when he becomes a free agent at the end of the season.

And the Bernabeu outfit are also looking to strengthen their defence and are targeting Chelsea’s German ace Rudiger.

He has impressed under Thomas Tuchel but the 28-year-old is free to talk to foreign clubs from January once his contract enters the final six months.

He insists he remains committed to the Blues but talks have stalled on an extension with Madrid now allegedly looking to pounce.