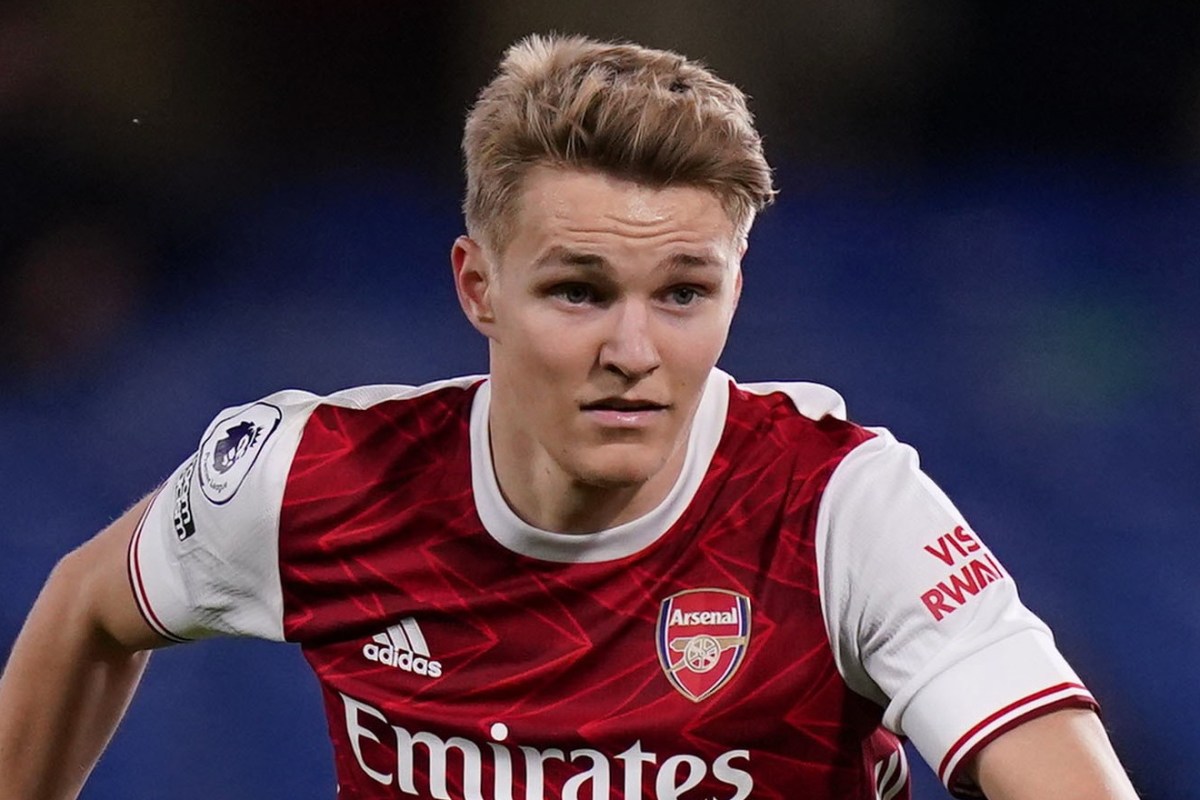 
REAL MADRID are ‘eager’ to sell Martin Odegaard and will let him go for £34million, according to reports.

And Arsenal are reportedly poised to swoop after they sold Joe Willock to Newcastle for £25m.

Carlo Ancelotti is set to leave the 22-year-old out Real’s squad for their LaLiga opener against Alaves on Saturday.

His No 21 shirt was also given to Brazilian sensation Rodrygo.

And the club will now welcome any formal bid and will accept any of £34m and above, according to Goal.

Arsenal initially signed the Norwegian on loan from Real Madrid in January.

Odegaard scored two goals and provided two assists during his time at the Emirates.

Following the 22-year-old’s Los Blancos return, Arteta was eager to bring him back for this season.

But the North London side were dealt a huge blow when it looked like Madrid were going to keep hold of him as cover for the injured Toni Kroos.

However their stance appears to have shifted despite the German’s groin injury.

Odegaard has two years left on his Real deal which explains the hefty fee for someone who barely plays for the first team.

But Arsenal have more cash available after Willock, 21, was sold to Newcastle for £25m.

The midfielder agreed a six-year deal after enjoying an excellent spell on loan last at St James’ Park in the second-half of last season – scoring eight goals in 14 Premier League appearances.

“I loved my time here last season and I’m really happy to be back and to be a Newcastle United player.

“Leaving Arsenal is obviously a big step – and I’d like to thank everyone involved with the club for all their support over the years.

“But this is the right move to the right club at the right time for me.

“I only got one chance to play in front of a smaller number of Newcastle fans as a home player last season, so I can’t wait to step out in front of a packed St James’ Park and experience that atmosphere.