Rashida Tlaib is blasted after claiming the U.S. supported the Taliban in the 1980s 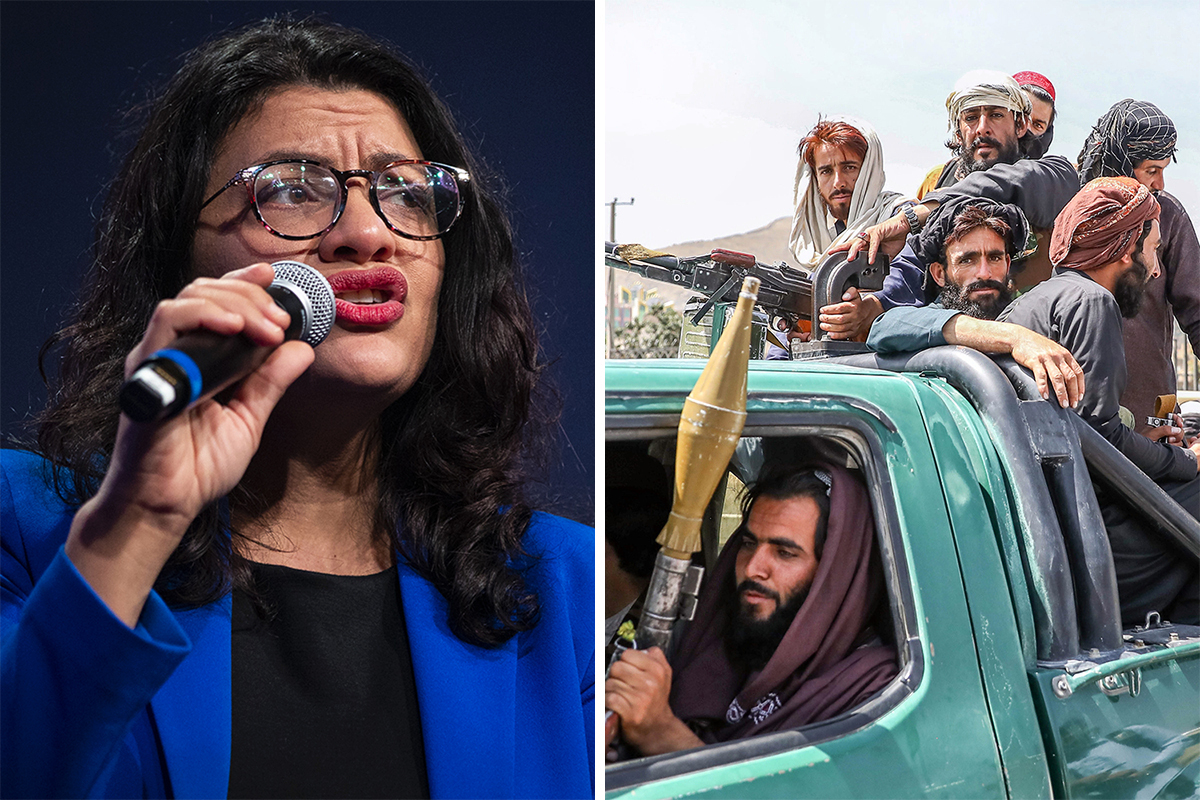 
RASHIDA Tlaib was slammed after claiming the US supported the Taliban in the 1980s – before the Islamist group existed.

The Michigan representative was blasted after claiming the US backed the Taliban against the Soviets “going back to the 1980s” in a Sunday tweet.

“That’s what this is: the horrible consequences of endless war and failed US policy going back to the 1980s when we backed the Taliban against the Soviets,” she wrote.

“Innocent people suffer the horrors of war while political leaders and arms-dealing corporations sit back and make billions.”

The progressive representative was discussing how the US should open its borders to refugees fleeing Afghanistan as the Taliban takes hold, but seemed to confuse the Taliban with the Afghan mujahedeen of the 80s.

Mujahedeen referred to various rebel groups that united against the Soviet army and were supported by the United States.

When the Soviet-Afghan war ended in 1989, the groups split up. The Taliban did not emerge until 1994 and ultimately took control in Afghanistan in 1996.

Users were quick to correct Tlaib on Twitter – and drag the Congresswoman for mixing up the history.

“We backed Mojahedin against the Russians. There was no Taliban then. Boy was I wrong when I thought politicians were highly educated people,” one user wrote.

“They did not exist then. This is embarrassing,” quipped another.

Even liberal journalists jumped in to correct Tlaib’s mix-up.

“The Taliban did not exist in the 1980s, it did not fight the Soviet Union and it was not backed by the United States,” The New York Times’ Matthew Rosenberg wrote.

“You could fill a library with books about American screw ups in Afghanistan. No need to rely on fictions.”

The congresswoman’s flub comes as the Taliban continues to take back power in Afghanistan as US troops depart.

During a Monday speech, President Joe Biden admitted that the Taliban was advancing in the country faster than his administration anticipated.

However, the president added that after 20 years in Afghanistan, there was no “good time” for the US to pull out.