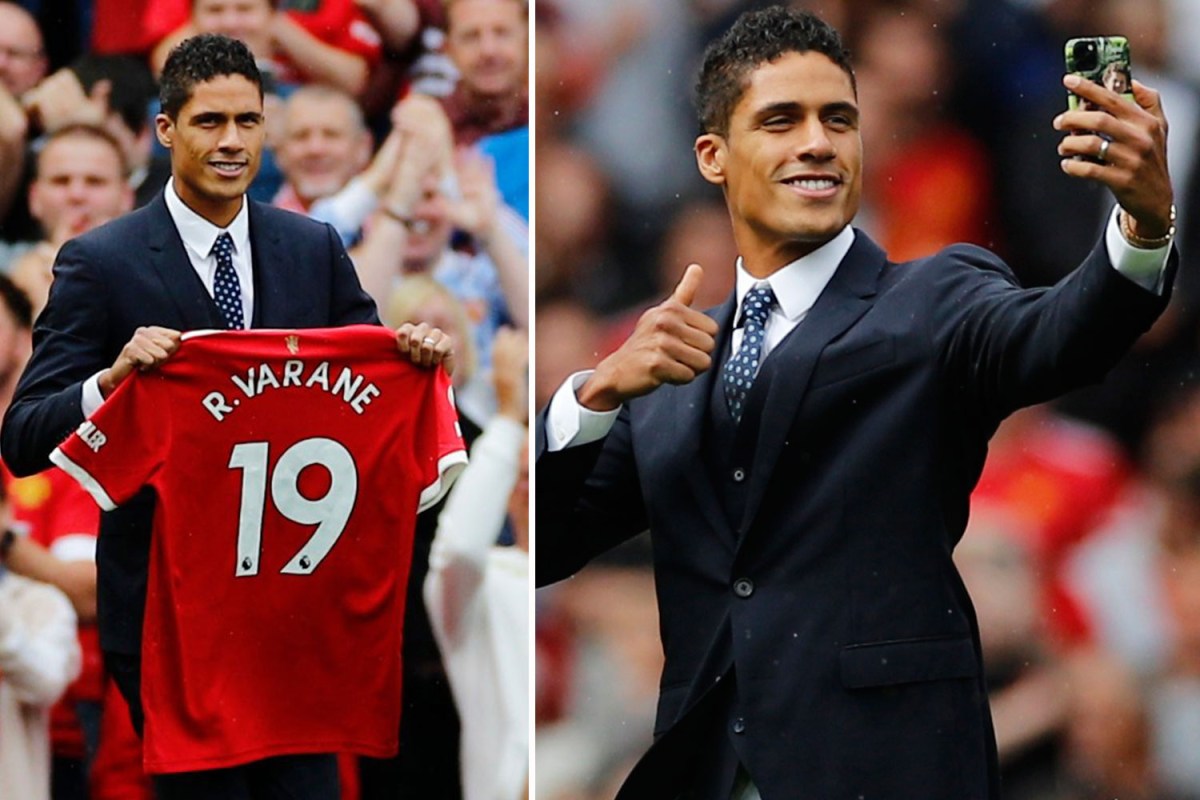 And the star was presented in front of his adoring new public seconds prior to kick-off at the Theatre of Dreams.

Varane said: “Manchester United is one of the most iconic clubs in world football and the chance to come here and play in the Premier League is something I couldn’t turn down.

Man Utd agreed to sign the French centre-back, 28, last month in a deal worth an initial £34m – with a further £8m in potential add-ons.

But with Varane enjoying a post-Euro 2020 break, he’s only just passed his medical and put pen to paper on his contract.

Varane was spotted being driven into United’s Aon Training Complex in the back of a black Mercedes on Tuesday afternoon.

The superstar defender was taken to Carrington to undergo his medical.

After successfully completing his medical checks, Varane has now signed a four-year contract – with the option for a further season – making the move official.

United boss Ole Gunnar Solskjaer said: “I’m absolutely delighted that we have managed to secure one of the best defenders in the world over the last 10 years.