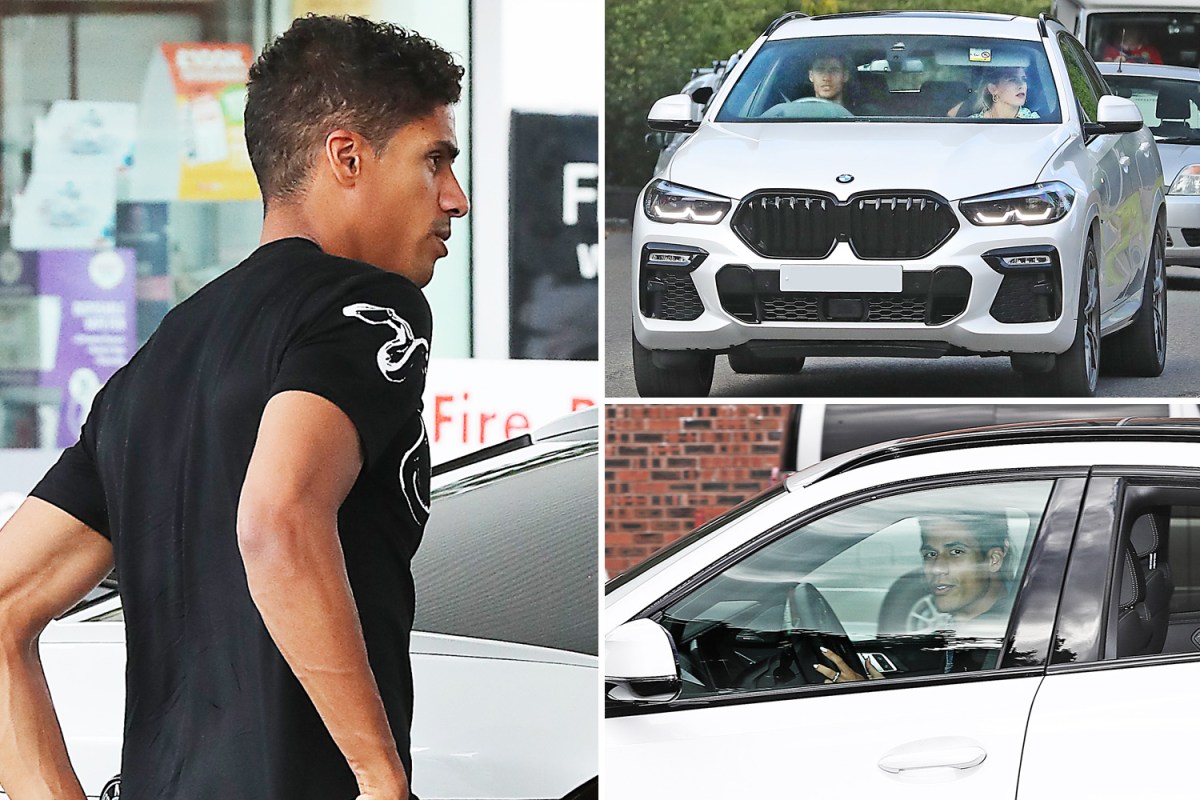 
RAPHAEL VARANE is getting used to life in England having been spotted in a Manchester traffic jam already.

The Frenchman’s £42million transfer to Manchester United from Real Madrid is still dragging on but is expected to be completed on Saturday.

Varane, 28, was seen in a white BMW 4X4 in Alderley Edge, Cheshire on Friday.

He had a woman next to him and stepped out the vehicle at one stage at a garage.

The Red Devils are signing the France international centre-back with the deal worth an initial £34m.

The star was spotted arriving at United’s training ground for the first time on Tuesday after he enjoyed a post-Euro 2020 break to undergo his medical.

SunSport now understands that Varane has successfully completed those medical checks and signed on the dotted line to make the transfer official.

He has agreed a four-year contract with the option for a further 12-months.

Varane has already posed in United’s colours for the official announcement with his shirt number all set to be unveiled.

The numbers 12, 16, 22, 24 are the lowest ones currently available at Old Trafford but it will not be until the official confirmation that his shirt is revealed.

But he could struggle to be on the bench for Ole Gunnar Solskjaer’s side when they kick-off the Premier League campaign at home to Leeds on Saturday.

The 2018 World Cup winner arrived at the Aon Training Ground on Thursday to finalise his switch.

Varane was spotted being driven into Carrington in the back of a black Mercedes to finally undergo his medical.

The star had just one year left on his current contract at the Bernabeu.

And, much like Sergio Ramos, talks over a new deal reached a stalemate, with United taking advantage.

He is United’s second major transfer arrival this summer after they finally ended their long-pursuit of Jadon Sancho from Borussia Dortmund.