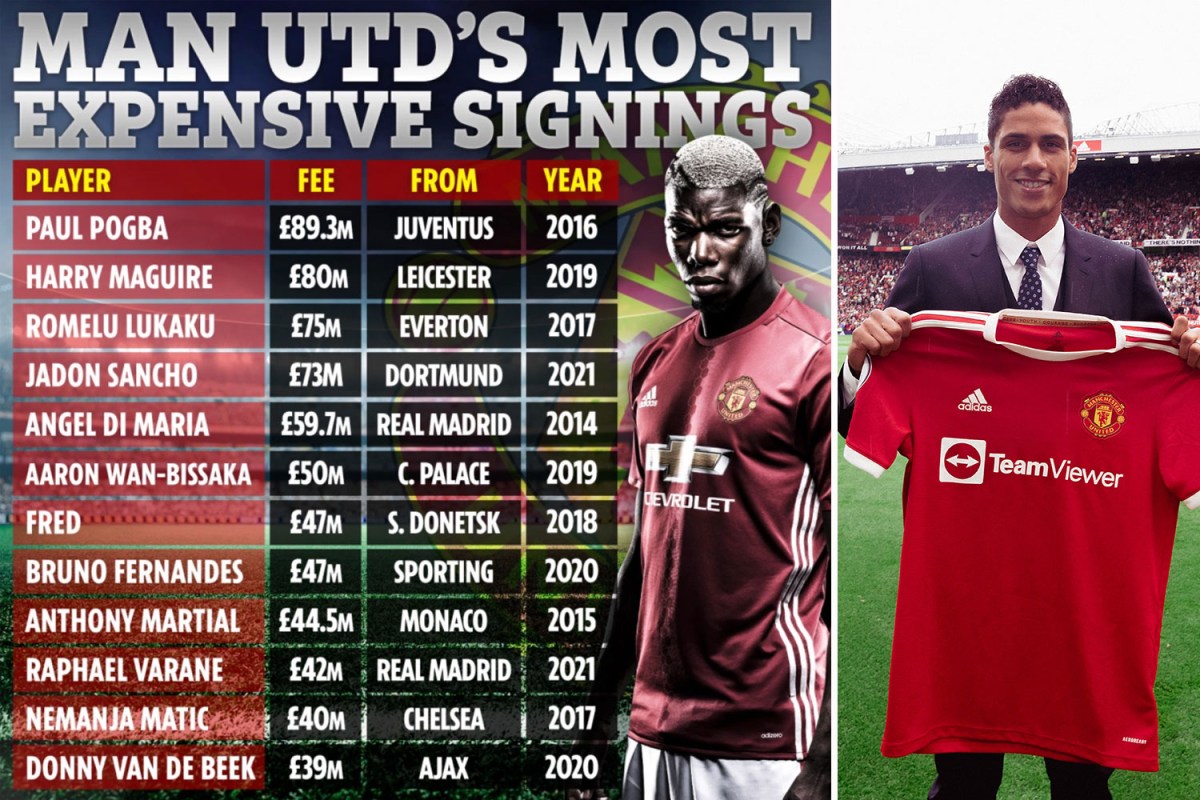 
RAPHAEL VARANE is Manchester United’s tenth most expensive signing after completing his move from Real Madrid on Saturday.

The Frenchman – who cost the Red Devils £42million – was presented to the Old Trafford crowd before United smashed bitter rivals Leeds 5-1 on their opening game of the new Premier League season.

The four-time Champions League winner has signed a four-year deal keeping him at the club until June 2025.

His arrival means he joins the top ten most expensive arrivals in the club’s history.

Paul Pogba remains the costliest of all, while Varane’s fellow summer arrival Jadon Sancho was the fourth most expensive at £73m.

Varane has hailed Man Utd as “one of the most iconic clubs in world football”, and the chance to join was something he “couldn’t turn down”.

On the £42m move, Varane told United’s official club website: “Manchester United is one of the most iconic clubs in world football and the chance to come here and play in the Premier League is something I couldn’t turn down.

United boss Ole Gunnar Solskjaer is over the moon with the addition of the serial winner.

Solskjaer said: “I’m absolutely delighted that we have managed to secure one of the best defenders in the world over the last 10 years.

Fellow summer signing, £73m Jadon Sancho, made his debut against Leeds – getting a 15 minute audition in front of his new supporters.