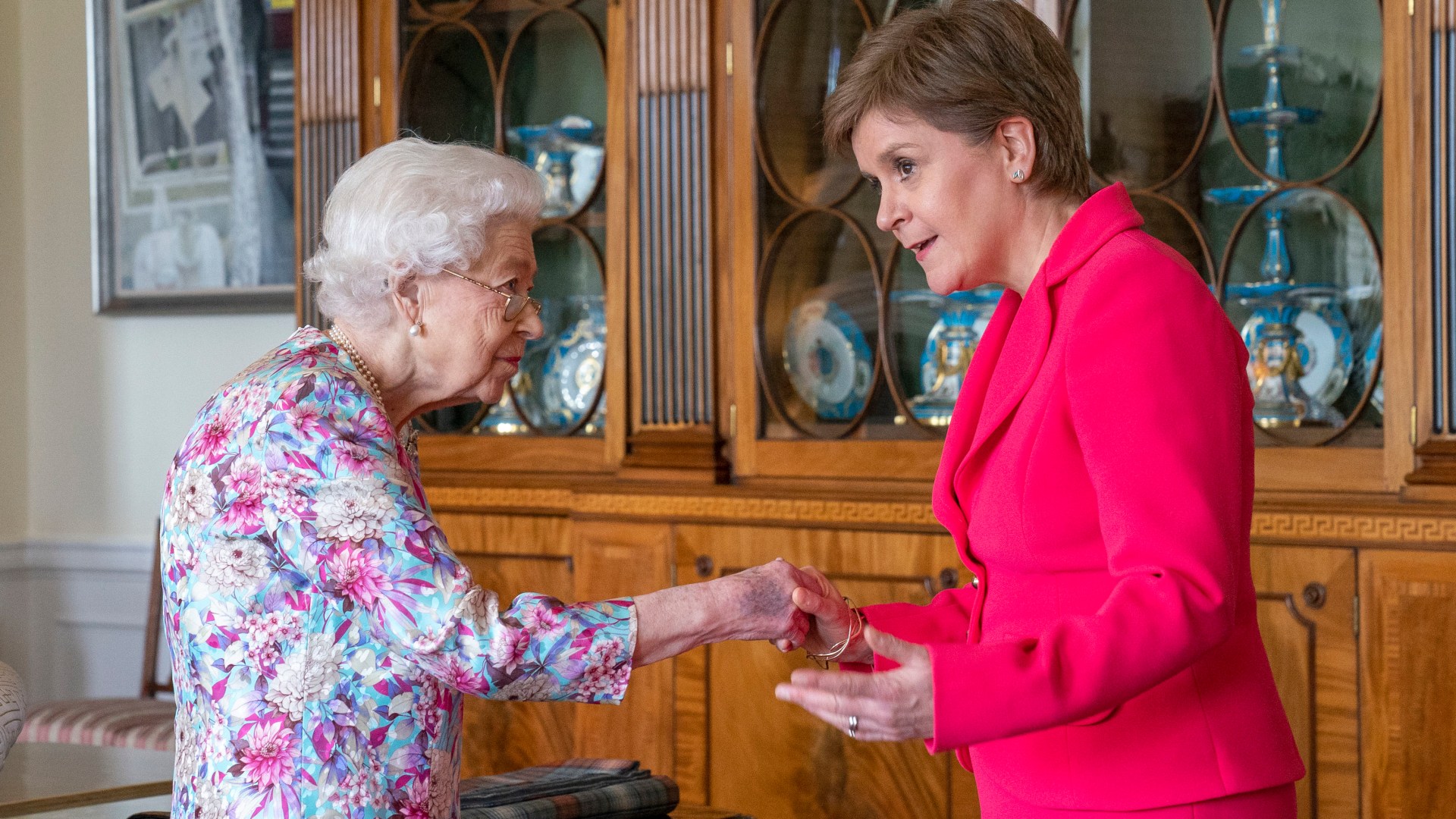 
THE Queen meet Nicola Sturgeon today – just hours after she vowed to hold a new Scottish independence referendum next year.

The First Minister was pictured with Her Majesty during an audience at the Palace of Holyroodhouse in Edinburgh as part of her yearly trip to Scotland.

But it came just hours after Ms Sturgeon pressed forward with her plans to hold yet another divisive vote in Scotland on October 19, 2023.

Although she would stay head of state in an independent Scotland under her plans, the awkward meeting would

But she can’t do it without the backing of Boris Johnson, who has said now isn’t the time for another poll.

She wrote to the PM demanding he grant her another ballot and accused him of holding Scottish democracy “prisoner”.

He’s said he will have a look at her plan, but would rather her focus on the feeble economy.

If he formally says no, she will be forced to try and push it through the courts instead.

Ms Sturgeon wants the question to be the same as the failed 2014 referendum: “Should Scotland be an independent country?” – which some have said was biased in favour of leaving the UK.

Scots Tory leader Douglas Ross blasted the First Minister’s “selfish obsession with another decisive referendum” – and Labour and the Lib Dems oppose one too.