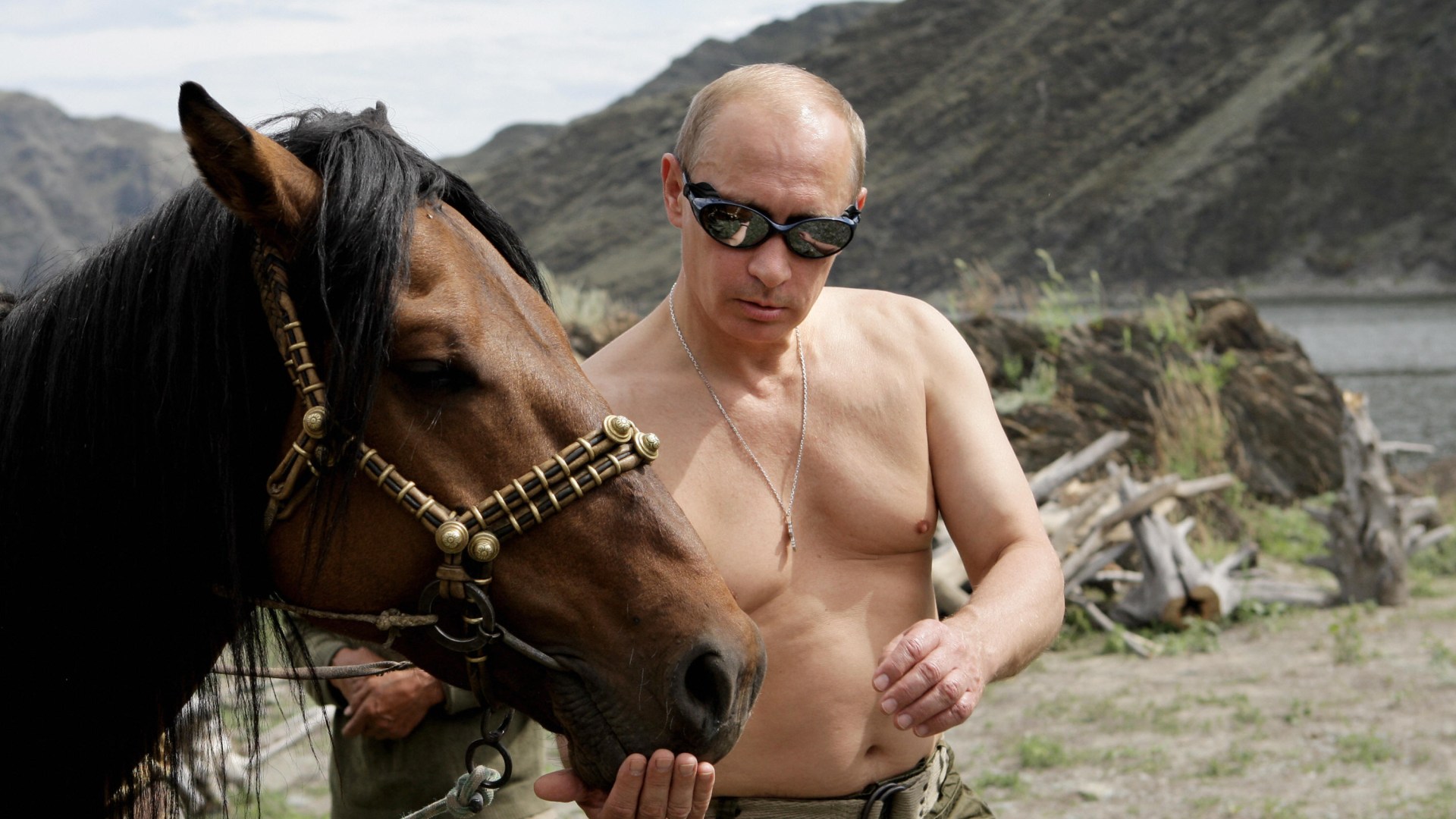 With the situation in Ukraine top of the agenda at the annual talks high in the Bavarian mountains, the Kremlin tyrant was the butt of early jokes for his bizarre photo ops shooting bears and riding topless.

At the start of talks between the leaders of the industrial powers, the PM declared “we have to show that we’re tougher than Putin” as he took off jacket.

And the Canadian PM quipped back suggesting they go for a “bare chested horseback ride”, with BoJo adding: “show our pecks”.

Mr Johnson used his first meeting on the fringes of the Summit to warn France’s President Macron not to go soft of Ukraine or urge Voldoymer Zelensky into an unfair peace settlement.

The PM warned  “any attempt to settle the conflict now will only cause enduring instability and give Putin licence to manipulate both sovereign countries and international markets in perpetuity.”

But he risked controversy back home at the first face to face talks since Macron was hammered in French elections by failing to bring up the Channel crisis.

Sources say the PM  failed to tackle why the French are not doing more to stop criminal gangs in Northern France smuggling migrants into Kent on small boats.

Meanwhile in a round of broadcast interviews, BoJo said he would be “honoured” to host the hero Ukrainian president if Zelensky felt able to leave his war-torn country.

Again the PM stressed the most important thing now for Ukraine was for western leaders at the G7 summit in Germany to remain united in support of President Zelensky.

“I think that Volodymyr Zelensky has done an absolutely amazing job of leading his country and leading world opinion in an appalling time,” Mr Johnson told ITV News at the summit in Bavaria.

Asked if he wanted to offer the Ukrainian leader a state visit, Mr Johnson said: “If he ever becomes free to leave and it makes sense for him to leave Ukraine, then obviously the UK would be only too honoured to host him.

“But the most important thing is for us to continue to be united here at the G7. And we are.”

Mr Johnson is using meetings at the G7 to urge counterparts to remain committed to supporting Ukraine and not to push for any peace deal which would see Vladimir Putin able to claim victory.

Despite concerns about the impact on the cost of living from increased energy and food prices, Mr Johnson said: “I think people in the G7, the leaders, can still see how vital it is that we stand together for freedom.

“Because if we don’t, we will pay a much, much higher price later on.

“If we allow Putin to get away with it, the consequences for the world in legitimating further aggression, further violence are much, much worse.”

After dozens of Russian missiles targeted Ukrainian towns and cities, he used his nightly address to say: “This confirms that sanctions packages against Russia are not enough, that Ukraine needs more armed assistance, and that air defence systems – the modern systems that our partners have – should be not in training areas or storage facilities, but in Ukraine, where they are now needed.

“Needed more than anywhere else in the world.”