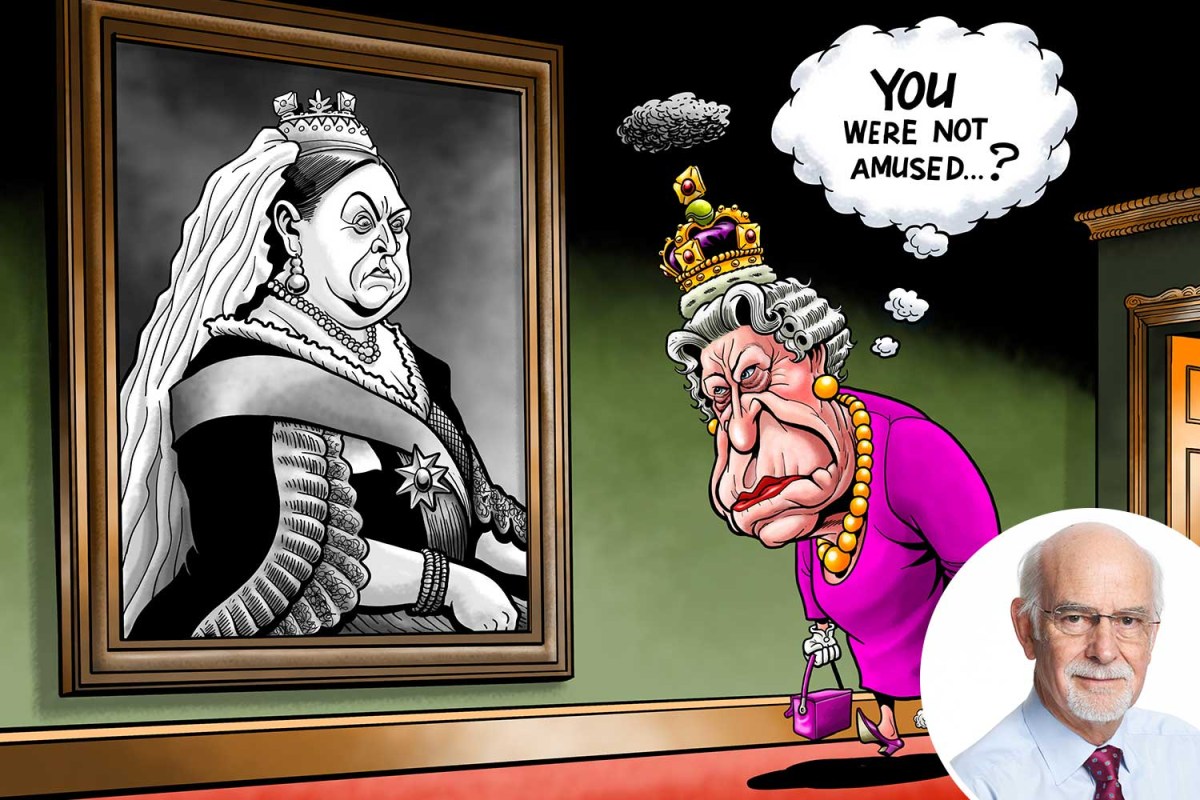 
NOT since Queen Victoria’s playboy grandson became a Jack the Ripper suspect has a royal prince been the focus of such an international scandal.

Albert, Duke of Clarence was widely but mistakenly fingered as the serial slayer of East End prostitutes in 19th-century London.

Today, Andrew, Duke of York is in the spotlight for alleged sexual battery of underage “sex slave” Virginia Roberts Giuffre, described in court papers as a “prostitute”.

Cash-hungry lawyers are chasing “Randy Andy” for millions of dollars, blighting the twilight years of his mother, Queen Elizabeth II, as she bats for her century.

The sordid saga of Her Majesty’s second son’s arrogant stupidity is unlikely to have a fairy tale ending.

It involves Andrew’s bizarre but knowing association with billionaire paedophile Jeffrey Epstein and the woman now on trial as his procuress, Ghislaine Maxwell.

Epstein is dead, after allegedly killing himself in his prison cell two years ago, taking secrets about Hollywood and Washington high-rollers to his grave.

She denies all allegations.

As does Prince Andrew, who has “no recollection” of meeting Virginia Roberts, then 17, despite pictures of him with his hand tightly clasping her waist.

Under British law, the age of consent is 16 so there would be no grounds for claims of underage assault.

But the tentacles of American jurisdiction stretch far and wide.

Lurid claims have rocked the Palace in the year our blameless Queen, at the age of 95, lost Prince Philip, her beloved “strength and stay”.

It is also the year vengeful grandson Harry declared war on Prince Charles, his father and king-in-waiting — and by extension upon the monarchy itself.

It is hard to imagine which of these is the hardest blow, but together they make her nightmare 1992 “annus horribilis” merely a rehearsal.

The Queen is in retreat in Balmoral, where Prince Andrew has been summoned for an explanation and a right royal rollicking from his older brother.

Prince Charles is said to have wiped his hands of his even more spoiled and sulky sibling, who has kept Palace advisers in the dark over any planned legal action.

The problem for the Duke of York is that the court of public opinion has already retired and is considering its verdict.

Snatched pictures of sheepish Andrew in New York with jubilant Epstein, long after Epstein had been jailed for sex with a minor, are circumstantial but damning.

So is Andy’s feeble claim he was acting out of “loyalty” to a friend. Some friend.

There is also the video glimpse of him grinning wolfishly at a very young woman through Epstein’s fast-closing front door.

Few who watched his sweaty 2019 protestations of innocence to Newsnight’s Emily Maitlis will be sure they were being told the full story.

So “Air Miles Andy” is now grounded in the UK for the foreseeable.

Unlike the Queen, he has no diplomatic immunity.

He cannot set foot in America without risking arrest and perhaps jail.

The charmless prince commands zero public affection and is finished for ever as a functioning “royal”.

In the Victorian era, a senior member of the Royal Family might literally have got away with murder.

Such forelock-tugging is not just a thing of the past.

It is a trigger for violent anti-colonialist protest against white privilege, indeed privilege of any kind.

The most alarming development for Prince Andrew is beleaguered Met police chief Cressida Dick’s decision to reopen the files on his alleged 2001 London tryst with Virginia Roberts.

Dick’s remark that “nobody is above the law” might be a simple statement of fact.

But after a catalogue of bungled police probes and miscarriages of justice, it might suggest even a royal prince could need the services of a good Queen’s Counsel.

PLYMOUTH’S slaughter of the innocents, including a girl aged three, is an epic tragedy.

Cops are in trouble for returning a shotgun to a man with mental health issues.

But there is another sad story inside this horrific tale.

Killer Jake Davison was praised at school for “his exceptional sense of humour, compassion, readiness to accept the rules”.

Partly maybe it was the steroids he bought from a man he met at his gym.

But again, social media plays an insidious role, with extremists feeding the paranoia of the vulnerable.

We are paying dearly for providing end-to-end encryption to the crazed.