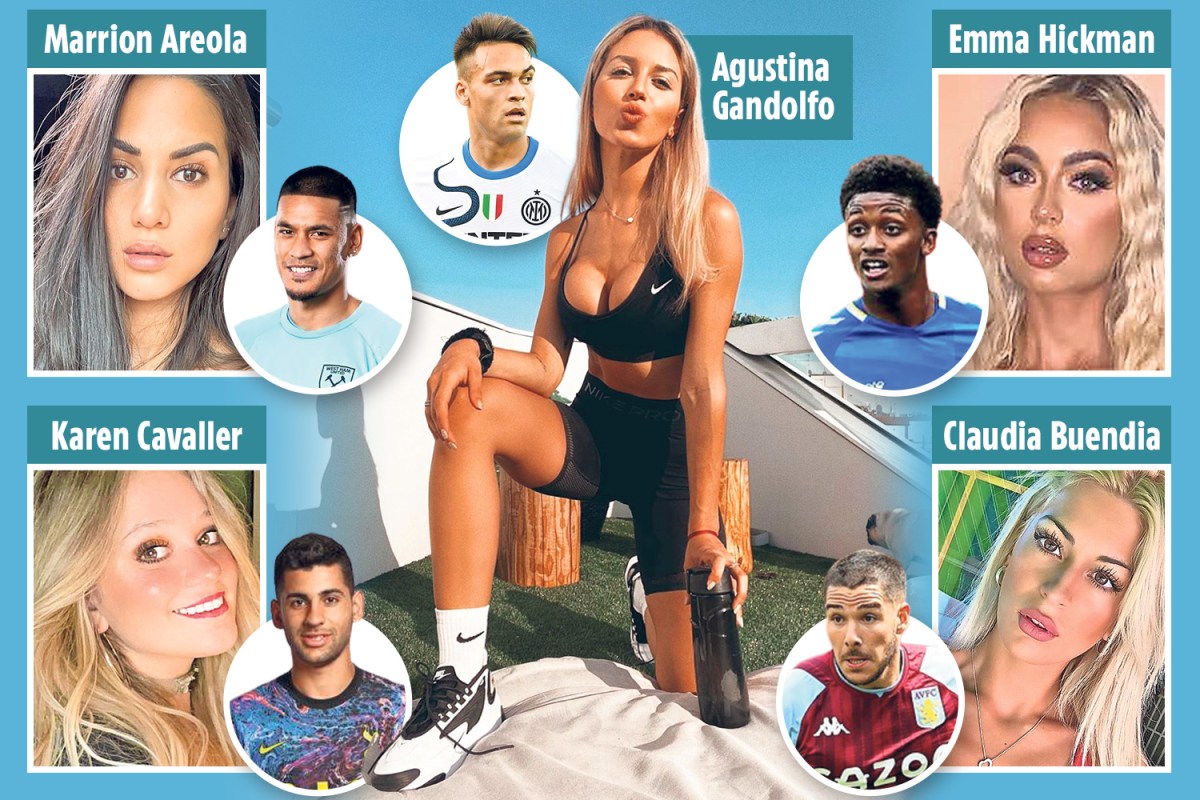 
THE Premier League is back – and with it comes a new wave of Wags.

Already, almost HALF A BILLION POUNDS has gone on new players. And as there are still two weeks to go until the transfer window closes, that figure will continue to rise.

Man City’s signing of Jack Grealish from Aston Villa for £100million saw him become the most expensive Premier League player ever.

And behind many big signings there is a very glamorous woman with the latest Hermes handbag. Today, former Wag Suzi Walker, 50, the ex-wife of England and Tottenham goalkeeper Ian, runs the rule over ladies who are about to take the Premier League by storm.

She said: “Being a Wag is a big job. Not only are you supporting your player but your fortunes can be interlinked with their career. For example, if they are on the bench for a long stint or out of the team, you might get left out of lunches with other Wags or not invited to parties.

“When I was in that world, I knew Victoria Beckham, Cheryl, Coleen Rooney and Carly Cole. But there is extra pressure today with social media. There might be a lot of money in football but you are constantly keeping up with the other players and their partners.

“My advice would be to be yourself and be as nice as you can to others. I hope the new Wags are given help to adjust and get to know people. Having said that, I’m quite happy to be away from it now in all honesty.”

We introduce the new Wags whose other halves have arrived in the Premier League this season and those who are top targets by our big clubs. Suzi gives her opinion and marks them out of ten.

Suzi says: “She is stunning. Maybe the reason her hubby’s value is so high.”

Interesting fact: Has three daughters with the goalkeeper

Suzi says: “She reminds me of Susie Amy who played Chardonnay in TV show Footballers’ Wives. She looks very motherly in some pictures I’ve seen but has a look of real class. Clearly a natural beauty.”

Interesting fact: The pair married in 2016 in a private ceremony before breaking the news of it on Instagram

Suzi says: “Karen appears born to be a Wag. She looks great fun to be with. I can imagine her spending time in the players’ lounge talking about where she’s been shopping, rather than the game.”

Interesting fact: Emma is no stranger to life in the Premier League. Before moving to Germany with her man, they lived in Worcestershire, when Demarai played for Leicester

Suzi says: “She doesn’t look like your standard Wag. She looks very down to earth. She might get asked to show her ID when trying to get into the players’ lounge.”

Interesting fact: They love working out together

Suzi says: “Could’ve walked straight out of Footballers’ Wives. He wears the shorts but I reckon she wears the trousers.”

Interesting fact: Enjoyed a party holiday in Greece, before Joachim signed for Palace

Suzi says: “I could see Cecilie in posh London restaurant Scott’s having lunch most weeks. She’s a natural beauty – no fillers, no work. ”

Interesting fact: The pair announced they were expecting their second son in May

Suzi says: “Oozes glamour. Might be the Prem’s answer to Kim Kardashian. She looks high maintenance, not very girl-next-door. Could be a regular in Norwich’s high-end shops.”

Suzi says: “She looks like she’ll become a regular at the high-end Neville’s hairdressers and will be seen out with the latest Birkin bag. Clearly has the brains and looks, very chic.”