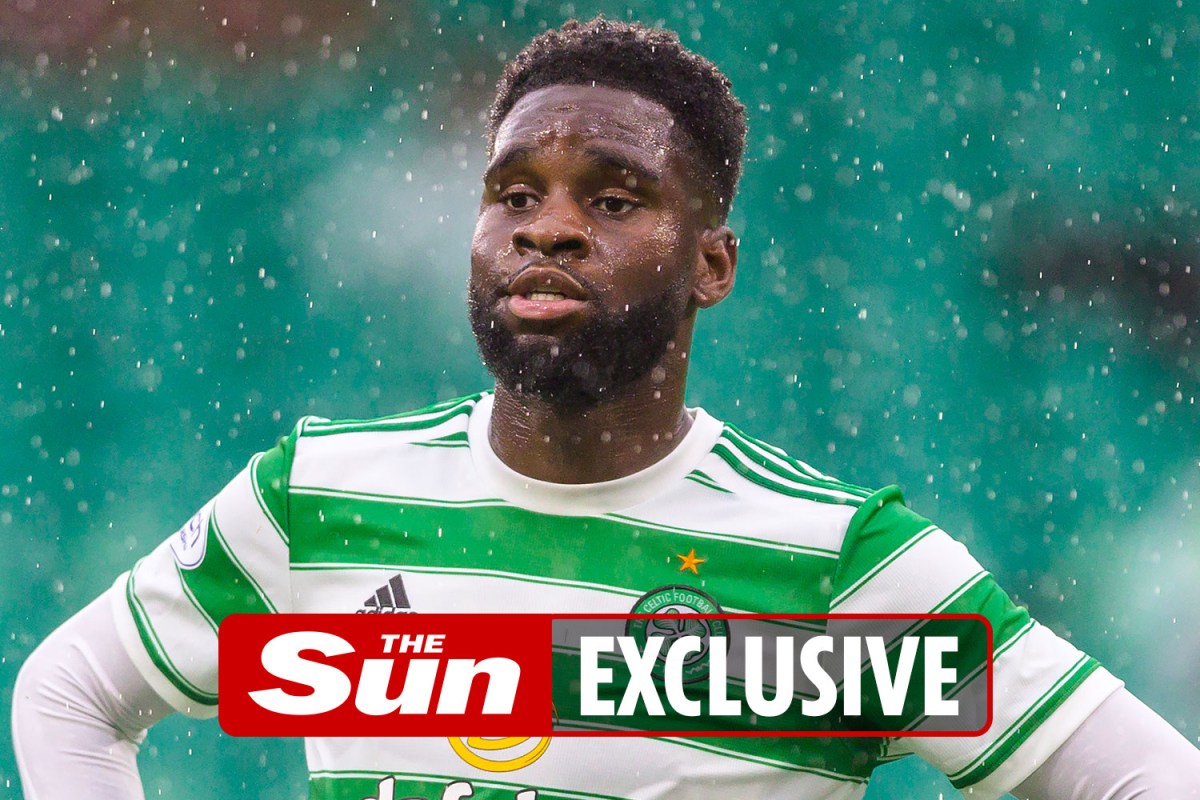 The Celtic hitman can go for around £15million and is a target for several English sides.

But the striker’s demands start at £85,000-a-week and rising as clubs look to strike a deal.

That figure was the main reason Southampton backed off from the chase last weekend and snapped up Blackburn’s Adam Armstrong instead.

Brighton have also looked closely at Edouard — with Graham Potter an admirer.

But his wages are a bit rich as they now search elsewhere for the solution to their chronic scoring problem.

Edouard is in the last year of his contract and Celtic won’t stand in his way if they get the right offer.

Boss Ange Postecoglou has benched him for the last three games and he could again be a sub against Hearts in the Premier Sports Cup.

Edouard, 23, has the option of running down his contract and will be free to pen a pre-contract in January.

But Celtic would rather sell their record transfer signing now as they look to rebuild the squad.

The Hoops spent £9m to land Edouard from PSG on a permanent deal in the summer of 2018 after an initial loan.

The French giants have a sell-on clause, which is believed to be as much as 40 per cent of any profit from the fee.

But the Frenchman may have to lower his expectations to get a Premier League move in this window.

Crystal Palace boss Patrick Vieira could make a move for Edouard after he admitted he badly needed a new striker.

Odsonne Edouard shows off his skills in training with Celtic