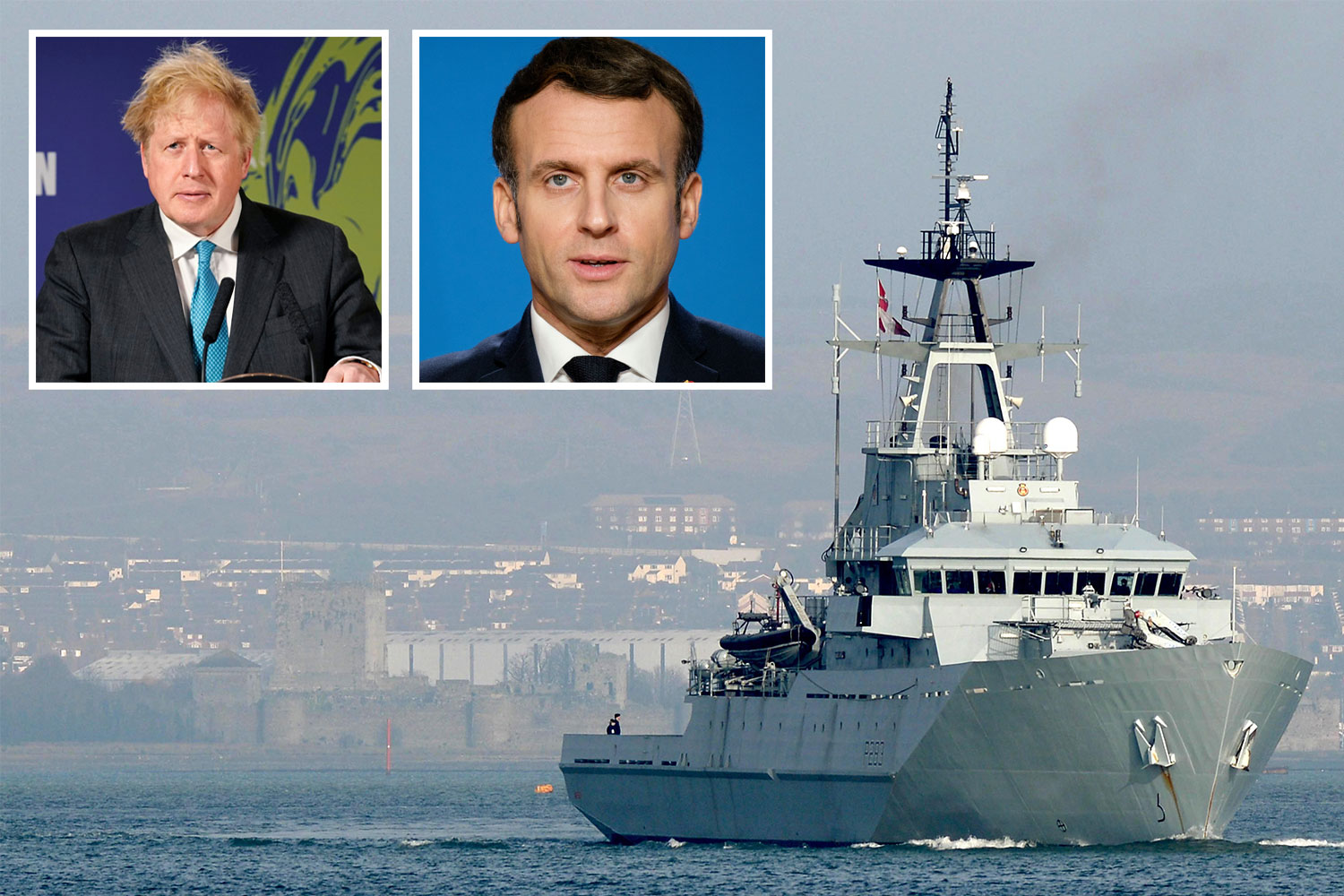 
BORIS Johnson made a dig at Emmanuel Macron saying he “shares my keen interest in protecting the sea” as the Brexit fishing row continues.

The PM’s swipe at the French President comes as he said he wouldn’t give up his country’s “share of the cake” to stop a No Deal Brexit – as both sides continued to row over access to UK waters.

During a speech during the virtual Climate Ambition Summit he’s is co-hosting with Macron Mr Johnson smirked as he made a reference to the French President’s demands.

“Thank you all very much for joining this conference, thank you to secretary general Antonio and to my co-host Emmanuel Macron who I know shares my keen interest in protecting the eco-systems of our seas and oceans,” he said.

After failing to reach a deal after a face-to-face meeting in Brussels, Mr Johnson and EU chief Ursula Von Der Leyen decided to push their negotiating teams to continue to work up until Sunday.

A final call will then be made about about whether a deal can be reached or not.

Discussions will continue today, when the PM and Ms Von Der Leyen are due to speak on the phone.

But Mr Johnson has indicated his position remains the same – that any deal must be fair and respect the principles of sovereignty and control.

A government source said: “Talks are continuing overnight, but as things stand the offer on the table from the EU remains unacceptable.

“The Prime Minister will leave no stone unturned in this process, but he is absolutely clear: any agreement must be fair and respect the fundamental position that the UK will be a sovereign nation in three weeks’ time.”

Mr Johnson’s warnings come Royal Navy warships are reportedly being readied to guard the UK’s fishing waters in the event of a No Deal Brexit.

But even the patrol ships are equipped with machine guns they are not expected to ever have to use them in anger.

Instead they would tackle any vessel feared to be breaking rules within the EEZ – which can extend 200 miles from shore – and then board them.

In the most extreme cases, an EU boat could be seized and then escorted to the nearest UK port, states the report.

Britain and the EU are at loggerheads over fish – and for how long Britain will allow other countries to have access to our waters for after we leave.

Brussels is said to be fighting for at least ten years of access, but Britain is only prepared to put up with a phased approach for a few years at most.

On Friday Macron insisted he wasn’t being unreasonable to demand continued access to Britain’s waters even after we leave – as Boris said a No Deal was now “very, very likely”.

Sticking to his hardline stance to demand access to fish for years to come, he sniped: “I’m not asking to have my cake and eat it, no. All I want is a cake that’s worth its weight.

“Because I won’t give up my share of it either.”