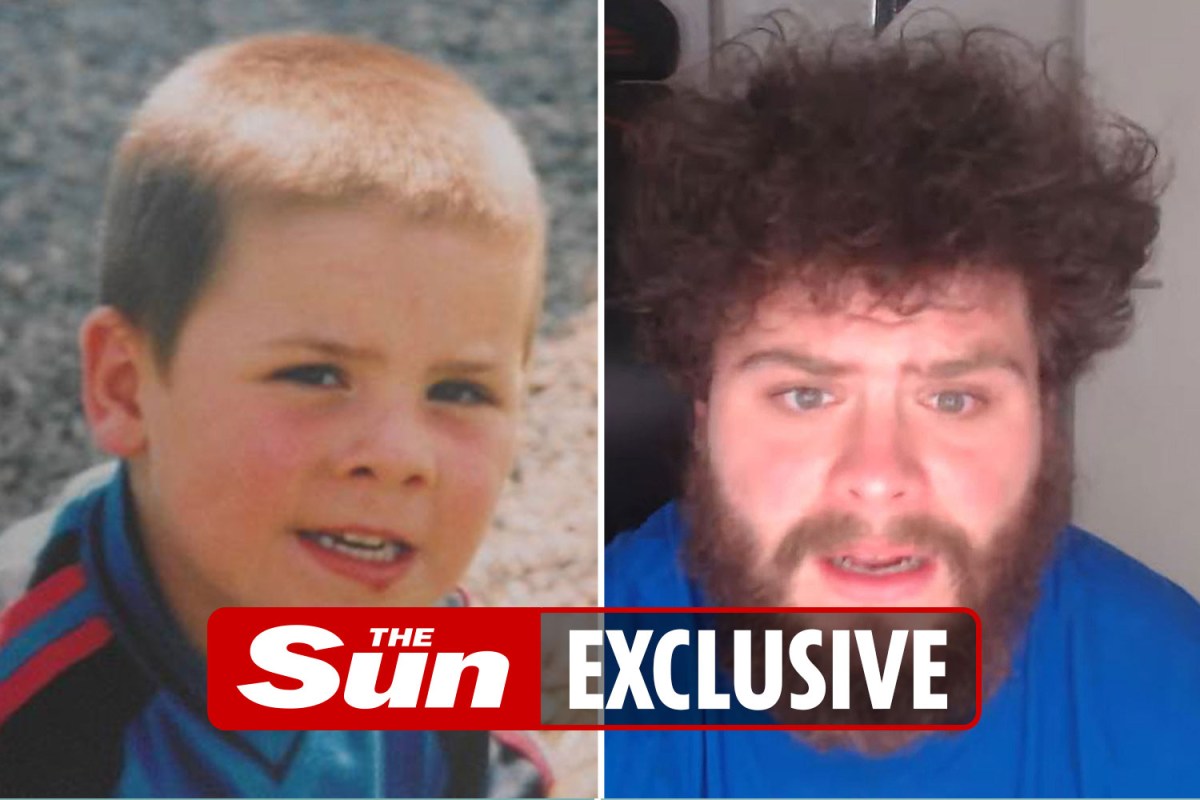 
STARING innocently at the camera, this is the face of the boy who would grow up to become a bitter, gun-obsessed mass-killer.

Even before he had finished school, Jake Davison’s life took a dark turn as former classmates yesterday revealed he would do sinister drawings of himself shooting people.

He was sent to Mount Tamar School in Plymouth, Devon, a facility for children with special needs — where his obsession with guns and violence was already in evidence.

One former classmate told The Sun on Sunday: “He could name literally any gun you showed him. It was freaky. He was absolutely fixated with firearms.”

They added: “He used to draw pictures of himself shooting people while in class. He was a quiet guy. His gun obsession was creepy.”

And on Thursday, Davison, by now a 22-year-old woman-hating adult, picked up his pump-action shotgun and killed mum Maxine, 51, before slaughtering three-year-old Sophie Martyn and three others.

The former school friend said: “Obviously, he had some problems and the gun stuff was very weird but you’d never think he’d go on to carry out anything like this.

“I can’t get my head around what he’s done. It’s sickening.”

Yesterday, it also emerged that Davison would punch holes in the walls at the home of his devoted mum.

A close friend and neighbour of Maxine told The Sun on Sunday Davison had spoken about attacking his dad and that he built a gym in his mum’s living room against her wishes.

Tracey Clarke said: “Maxine was my best friend. She was a lovely woman, perfect in every way. She was always there for Jake, 100 per cent.

“She used to say, ‘I’ve got to get home for Jake to get his tea cooked’. She was all for him, it was part of her life. She was devoted to him.”

Tracey, 45, believes Maxine played down her son’s issues as she did not want anyone to think badly of him.

She said: “Maxine did say he had mental health problems but I never knew it would escalate into this.

He used to draw pictures of himself shooting people while in class. His gun obsession was creepy.

“She said to me with all the problems he had, she would never, ever give up on him, or not have him in her life because he was her number one and she would always have him live with her.

“She didn’t want anyone to know all this stuff because she never told me much about it.”

Incel group fanatic Davison had complained in video rants about being a virgin and bragged he was a “terminator”.

But Tracey said doting Maxine had “wanted to make him feel really good” and that she said she would “always be there for him no matter what because he is her son”.

She added that the pandemic lockdowns affected Davison “really badly” as all the gyms were closed.

The 19-stone loner turned the family ­living room into a home-gym, despite his mum pleading with him not to.

Tracey added: “She said, ‘Jake, this is my front room, where I relax, you need to get it upstairs’. But he said, ‘I want to work out here. It is not going to fit in my room’.”

Tracey said her friend had never spoken about Davison having weapons but there were indications of his inner rage and violent tendencies.

She said: “Max showed me sometimes he would punch the wall and there were fist marks in the wall.

“He wanted to take his anger out and Maxine would always try to calm him down and say, ‘Jake, it’s OK, I’m your mum, I’m always here for you no matter what’.

“I don’t think she wanted me or other people to know what was going on. She looked after him.

“I didn’t know he had attacked anyone because Maxine never told me. But he did mention something about he was going to get violent with his dad.”

Maxine was like this little angel. She was helping other people but deep down she was suffering as well.

Tracey, a carer who works in sheltered housing, and who had known Maxine for more than 20 years as a friend and neighbour, said she had limited interaction with Davison.

“Sometimes I would say hello to him if I saw him passing and I would say, ‘All right, Jake?’, and he would go, ‘Yeah, yeah’,” she explained. “And then another time I would talk to him and he would completely ignore me.

“Max said when he was like that, ‘Don’t take if offensively, he doesn’t mean it. It’s just his mental health’.

“I think she wanted to make him golden. She was like this little angel. She was helping other people but deep down she was suffering as well.

“She was a really good mum — and a very good friend. I will miss her so much.

“Max was well loved around this neighbourhood. I just never thought Jake would do anything like that. Her life was in danger.”

Looking crestfallen, Tracey added: “I didn’t know it had got this bad. I saw her two weeks ago and we said we would catch up and have a coffee together. All of a sudden, this has happened — and I will never catch up with her again.”

THE tragic events in Plymouth must serve as a wake-up call for us all to the clear and present danger posed by Incel.

Most people will not have heard of this extremist movement before — but now the threat is clear for all to see.

It is a sinister death cult that targets women and is a growing concern to security services.

Terrorism comes in many different forms and we all need to rethink how we tackle it.

It’s a big mistake to think that Islamism is the only extremist threat in our midst.

Yes, it is still overwhelmingly the biggest threat we face and we must all be on our guard against it. But we have to be careful that we don’t have an over-simplified picture of what a terrorist — or their victims — look like in our heads that fails to encompass all the threats we face.

Last year 40 per cent of suspects reported to the Government’s Prevent programme were people who would largely be classified as right-wing terrorists. Security services have been keeping a watchful eye on the alarming rise of groups with twisted and mixed ideologies.

It would be a mistake to brush this off as the unpredictable and violent behaviour of a madman just because he doesn’t fit our preconceived image of a terrorist.

There was a touch of that on Thursday when people were quick to jump to the conclusion that this wasn’t a terrorist incident because they knew who the perpetrator was and thought: “That’s not how we imagine a terrorist to look.”

But this only serves to downplay the despicable movement that he was involved in.

Jacqui Smith was the first female Home Secretary, serving from 2007 to 2009.