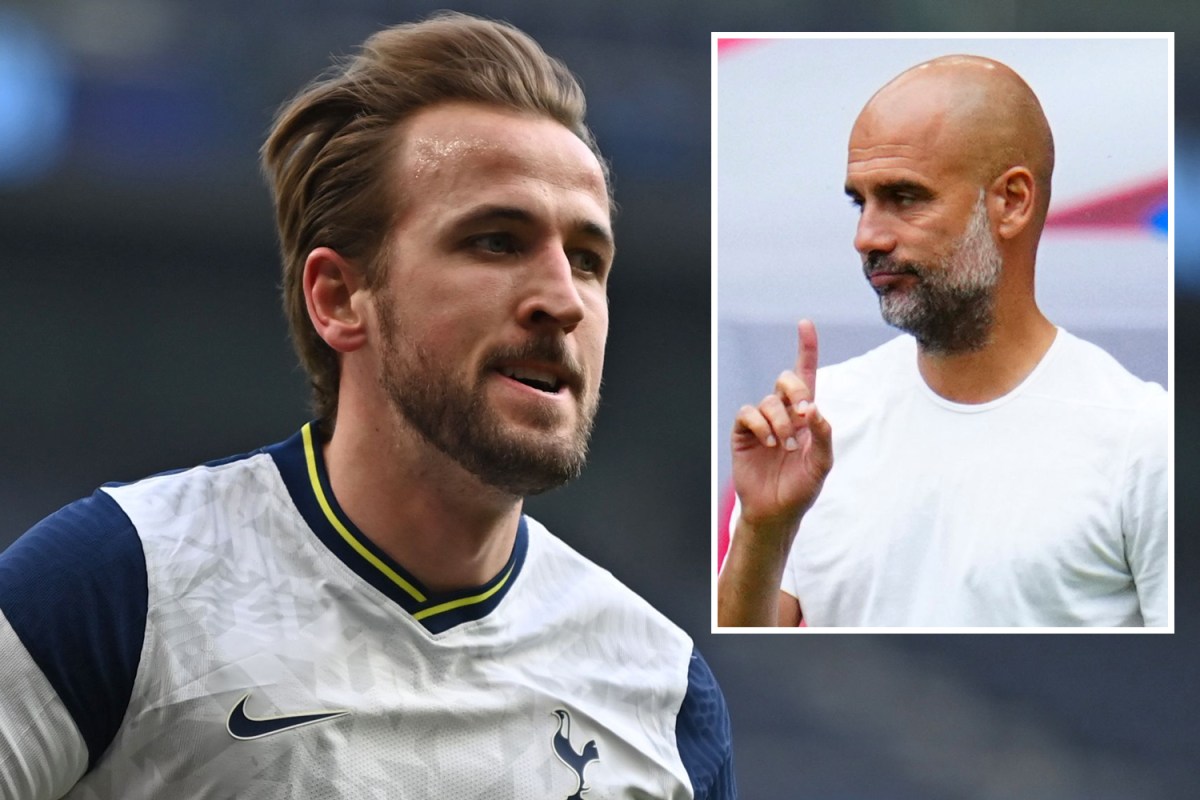 
PEP GUARDIOLA is desperate to get Harry Kane signed next week.

The Manchester City boss fears a potentially disastrous slow start to the season.

So Pep’s Premier League champions are ready to step up their pursuit of Kane with a £120million bid for the Spurs striker.

Talks are expected to continue after Sunday’s season opener at Tottenham.

Kane, 28, is set to return to training with his team-mates on Friday — subject to Covid-19  — and could be in Nuno Espirito Santo’s squad this weekend.

The wantaway England captain has been self-isolating since returning late to pre-season following his extended summer break in the Bahamas and Florida.

He will rejoin the North Londoners’ squad at their Enfield training base on Friday morning, provided the results of a coronavirus PCR test are negative.

Despite having three years left on his contract, Kane has told Tottenham he remains determined to leave them in his quest to land honours, with City his preferred destination.

Chairman Daniel Levy is adamant he will not sell the frontman for less than £160m.

Guardiola wants the deal wrapped up well before the transfer deadline on the last day of the month as he knows City cannot move through August without a top-quality recognised striker with all their title rivals having already strengthened.

The Etihad club still hope they can put together a package to satisfy Spurs with a deal lower than the asking price but with add-ons and players thrown in.

City have yet to replace Sergio Aguero and Guardiola does not want another slow start like last season, when his team were 11th after eight league games.