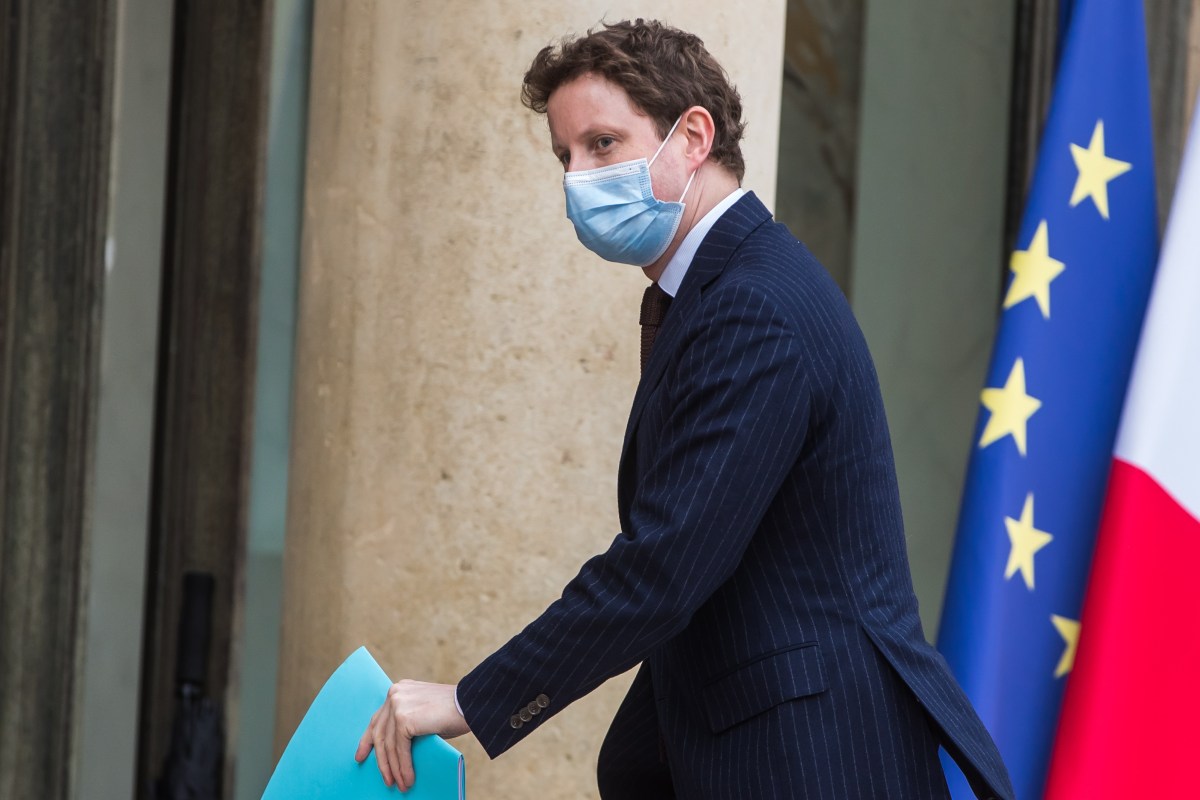 
FRANCE has tried to claim its snail-paced vaccines rollout is going BETTER than Britain’s.

The latest figures show Britain has delivered 15.6 million doses to almost a quarter of the population.

In contrast France has managed a measly 2.9 million, reaching just 4.4% of its people.

But under-fire ministers in Emmanuel Macron’s government have tried to deflect from the fiasco by attacking Britain’s rollout.

Mr Beaune told France Info: “The British are going faster because they have relied heavily on the first injection.

“If we look at the number of people who have had both injections in the UK and the EU, France included, we see the number of fully vaccinated people is lower in the UK.”

In an unsubstantiated attack he added: “What is happening in the UK is not something I would like to have here.

“It’s a strategy of massive vaccination with more risks because their health conditions are worse.”

But that’s because Britain has chosen to delay the second dose to give protection to as many people as possible.

The move has ben backed by scientists, including the WHO, who say it could lead to better long-term protection

France is also among a number of European countries that have refused to use the AstraZeneca jab for over-65s, even though the EU’s own medicines agency has authorised it.

“Ask those who continue to get ill and die in France who really has got this right. I think the answer would be different.”

He said: “There’s clearly a lot of sour grapes over there. It’s not only Covid that’s rampant, it’s also the green-eyed monster looking across the Channel.”

The row comes after one of the EU’s most staunch supporters slammed Brussels over its vaccines “fiasco”.

Arch-federalist Guy Verhofstadt, a former Brexit negotiator and Belgian PM, accused eurocrats of wrecking ties with Britain with their incompetence.

In an extraordinary outburst he accused EU boss Ursula von der Leyen of a “diplomatic disaster” by threatening a vaccines border in Ireland.

And he said the bloc’s bungled rollout is “prolonging drastically the Covid pandemic on mainland Europe” at a cost to lives and the economy.

He fumed: “A fiasco I called it, and a fiasco it is. After two months the rollout of vaccines is dramatically low in Europe.

“On average no more than 4% of European citizens received a first dose. In the US nearly 10% of the population has had a first shot. In Britain it’s 20%.”