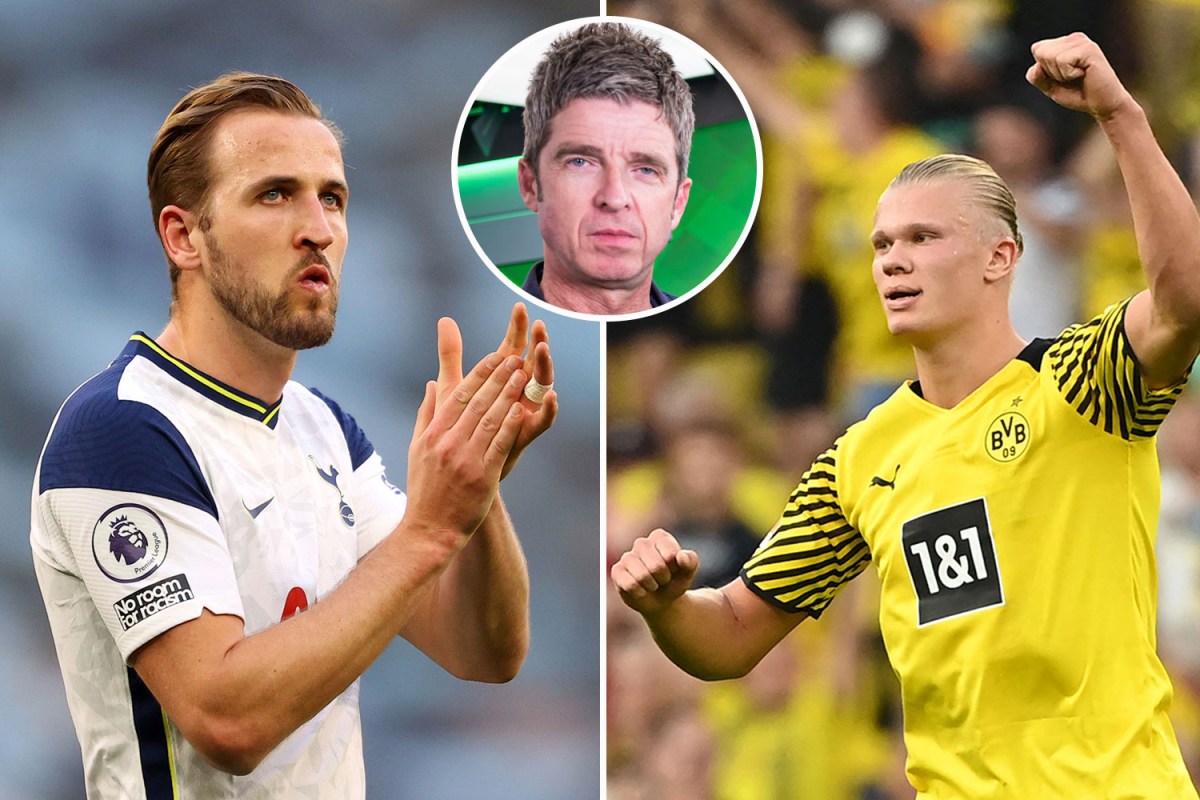 The rock star believes the Premier League champions should put all their efforts into landing the Borussia Dortmund striker.

Man City super fan Gallagher told talkSPORT: “I think I speak for most Man City fans now when I say I’d rather the club wait for Haaland.

“Unless something’s gone on behind the scenes with Haaland, there’s talk of Bayern Munich now.

“We need a striker, that’s for sure, but if we couldn’t get Haaland, can we get Kane? Yes, because it’s not our money!

“It’s not my money, it’s not your money, it’s the Sheikh’s [City owner Sheikh Mansour] money, and he’s got loads of money, so let’s spend it!

Man City have made no secret of their desire to land Tottenham and England star Kane.

The striker was not involved on Sunday as Spurs shocked the champions to claim a 1-0 home win.

Pep Guardiola’s side’s lack of end product highlighted the need to bring in a top striker.

But Gallagher believes Haaland should be their main target after reports claimed he is ‘dreaming’ of a move to the Premier League.

The 21-year-old sensation scored twice for Dortmund in their opening 5-2 win over Eintracht Frankfurt in the Bundesliga on Saturday.