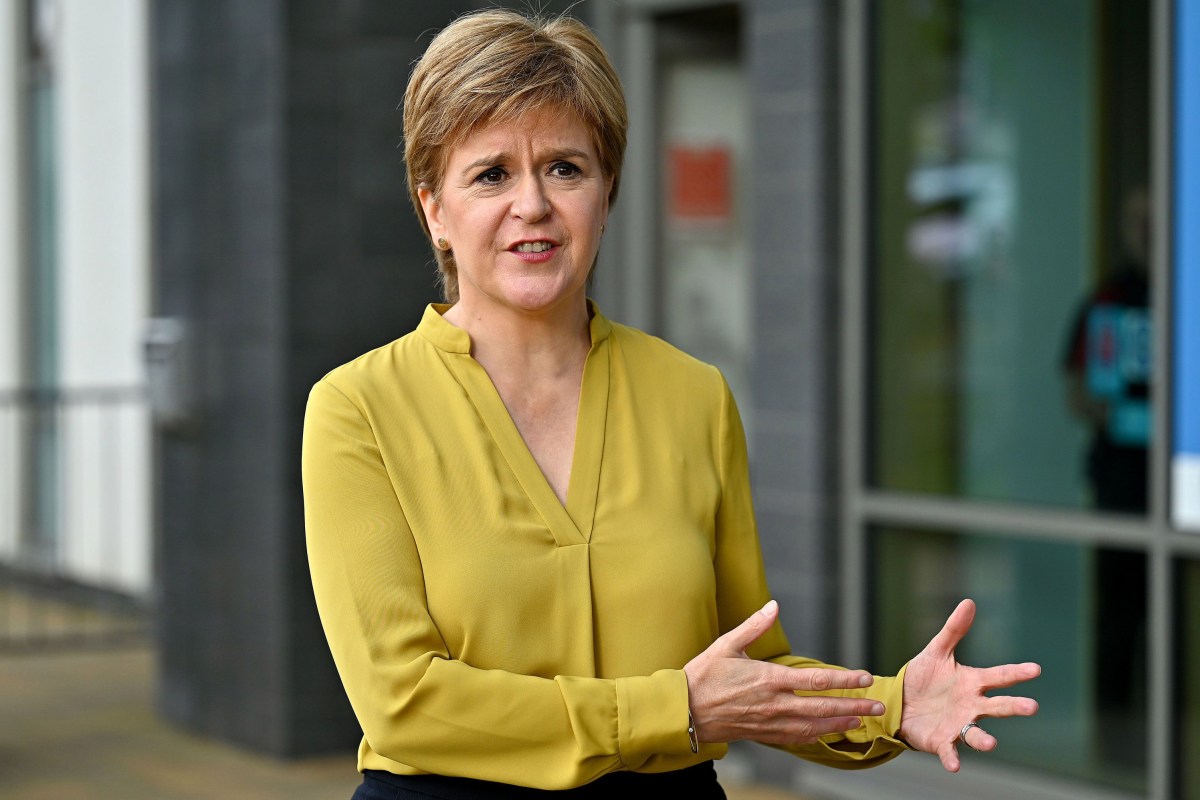 
NICOLA Sturgeon’s sister was arrested and charged over an alleged incident at a house, we can reveal.

Gill Sturgeon, 46, was nicked by cops on Wednesday — just days after a man, aged 50, was allegedly arrested over the same incident.

The mum-of-two, of Irvine, Ayrshire, is due to appear in court over the charge which is claimed to relate to an incident at a property in Kilwinning on Saturday.

Police confirmed the man was arrested on Saturday.

The First Minister’s sibling was arrested and charged on Wednesday following a report to cops the previous day.

A Police Scotland spokeswoman said: “A 50-year-old man was arrested and charged in connection with an incident that took place within a house in Kilwinning on Saturday 7 August.

“He was released on an undertaking to appear at Kilmarnock Sheriff Court at a later date.

“A full report will be sent to the Procurator Fiscal.

“On Wednesday 11 August, a 46-year-old woman was arrested and charged following a report made on Tuesday 10 August regarding an incident that took place within a house in Kilwinning on Saturday 7 August.

“She has been released on an undertaking to appear at Kilmarnock Sheriff Court at a later date.

“A full report will be sent to the Procurator Fiscal.”

Earlier this month, we told how Gill ditched her face mask on a train.

She sparked a furious backlash after sharing a selfie on Facebook without a covering as she travelled to Edinburgh to see pals.

Gill later claimed she only removed her mask on a train to munch a sandwich, insisting she did nothing wrong.

She wrote on Facebook: “I was on a train. Sitting down eating a sandwich. Took mask off for that. Nowhere near anyone.”

The First Minister’s spokesperson called it a “momentary lapse”.

The government said masks can be removed on trains to eat “where reasonably necessary”.