New Man Utd transfer signing Raphael Varane handed No.19 after Phil Jones REFUSED to give up his squad number 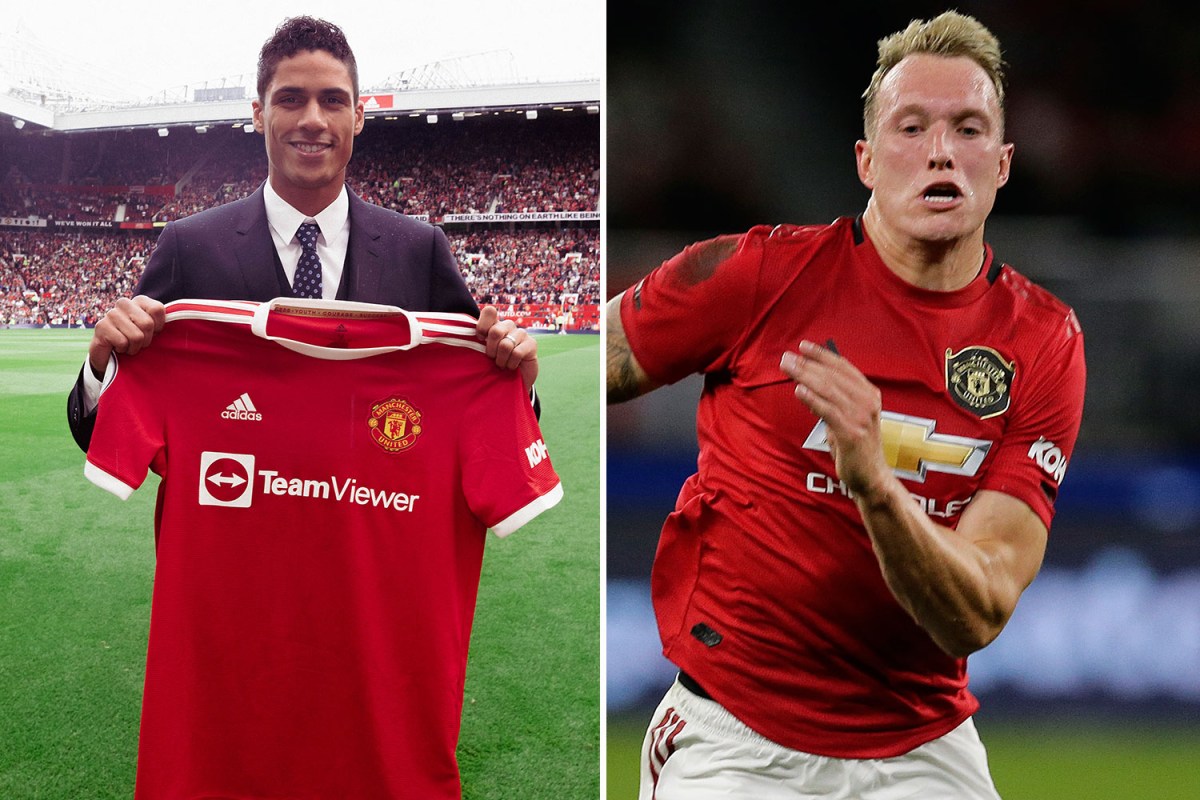 
MANCHESTER UNITED signing Raphael Varane has taken the No.19 after Phil Jones allegedly REFUSED to give up his No.4 jersey.

Varane, 28, was unveiled to the Old Trafford crowd on Saturday prior to their victory over Leeds.

He has signed a four-year deal with the Red Devils and joins for a fee of around £42million.

And although the United home crowd gave Varane a warm applause, Jones did not exactly welcome him to the club with open arms.

The No.4 is traditionally given to a first-choice centre-back, with Harry Maguire and Victor Lindelof possessing No.5 and No.2 respectively.

MEN claim Jones has refused to depart with No.4 despite not playing for United since January 2020.

He is currently fifth choice at United with Ole Gunnar Solskjaer favouring Eric Bailly over him as well as Maguire, Lindelof and new star Varane.

The Norwegian has even trusted Alex Tuanzebe to start in big games over Jones – the 24-year-old, who is now out on loan at Aston Villa, started in the win over Paris St Germain last season.

Despite not getting a game Jones is unwilling to budge and with two years remaining on his contract he is not going anywhere soon.

As for Varane, now he has finished his spell quarantining he is ready to feature for United.

The Frenchman is still yet to train with his new team-mates however and with Maguire and Lindelof performing well against Leeds he may have to remain patient for a starting opportunity.