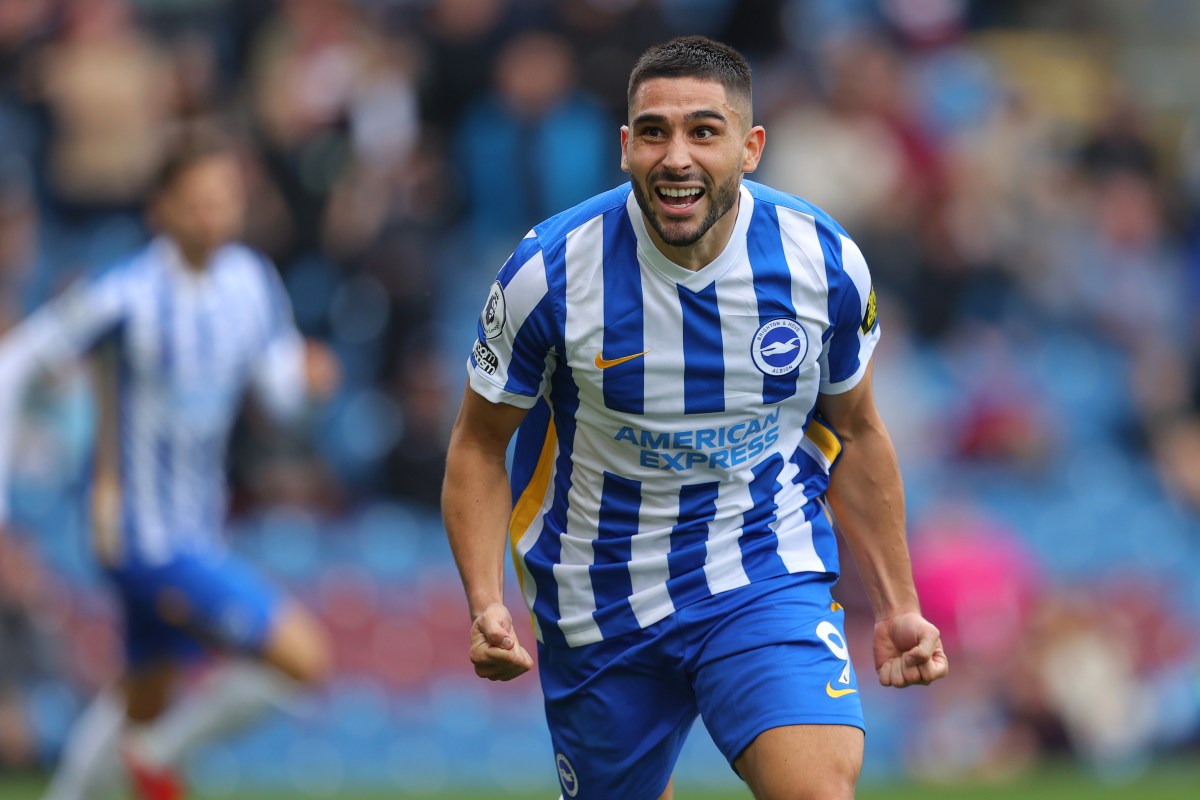 
ALEXIS MAC ALLISTER finished off a stunning smash and grab act to leave Sean Dyche and his players stunned.

The Clarets ran the game for over an hour and should have had the points done and dusted inside half of that time.

Yet they switched off for five fatal minutes and almost from nowhere Graham Potter’s Seagulls swooped to snatch victory.

First sub Jakub Moder, only on the pitch for a matter of seconds, fired in a low cross that Neal Maupay tucked away at the far post.

Argentine Mac Allister, not long back from representing his country at the Olympics, then produced a 78th minute golden touch.

Having been so dominant, Burnley suddenly fell apart as Pascal Gross sent in another cross from the right and Mac Allister produced an identical finish to that of Maupay.

Brighton boss Potter sang the praises of opposite number Dyche and the fierce mentality of a side taking the Clarets into a sixth successive Prem season.

Admiration is one thing. Watching your team then let the opposition walk all over you is quite another.

And in the first half especially that is exactly what Burnley did.

By the 36th minute, in fact, Burnley had wiped the floor with them but just didn’t have the goals to show for their almost total domination.

Potter may now have done his own team’s mentality a power of good with a meek 4-5-1 formation that left striker Maupay on his own up front.

Ironically if any of the Seagulls’ side betrayed that soft centre of earlier it was Maupay himself.

Less than two minutes in he was supposed to be doing a marking job in James Tarkowski after Burnley won a corner.

But the centre back brushed past him to get to Ashley Westwood’s kick, catching him on the shoulder.

Had he stood his ground, instead of falling luck a sack of spuds, the centre half might not have connected to force the ball over the line.

There was a VAR check before referee David Coote allowed the effort but the only real enquiry should have been over Maupay’s own dereliction of duty. Not that he was alone in letting the side down.

Yet the Zambian, like the rest of those around him in midfield, let their rivals run through them and past them.

Johann Gudmundsson was given all the time in the world 25 yards out to pick his spot but while his shot left Robert Sanchez for dead but bounced off the right-hand post.

The Brighton goalkeeper then flapped at another corner from Westwood, the ball going straight to Ben Mee who headed against the bar from eight yards.

Potter replaced the culture – swapped Mwepu for veteran Adam Lallana at the break and the ex-Liverpool star slowly added some authority to the Seagulls show had looked lost at sea.

Yet not him or his manager – far less Dyche – could have envisaged how they managed to come away with the points in the end.

Burnley goalkeeper Nick Pope shows off his skills in training