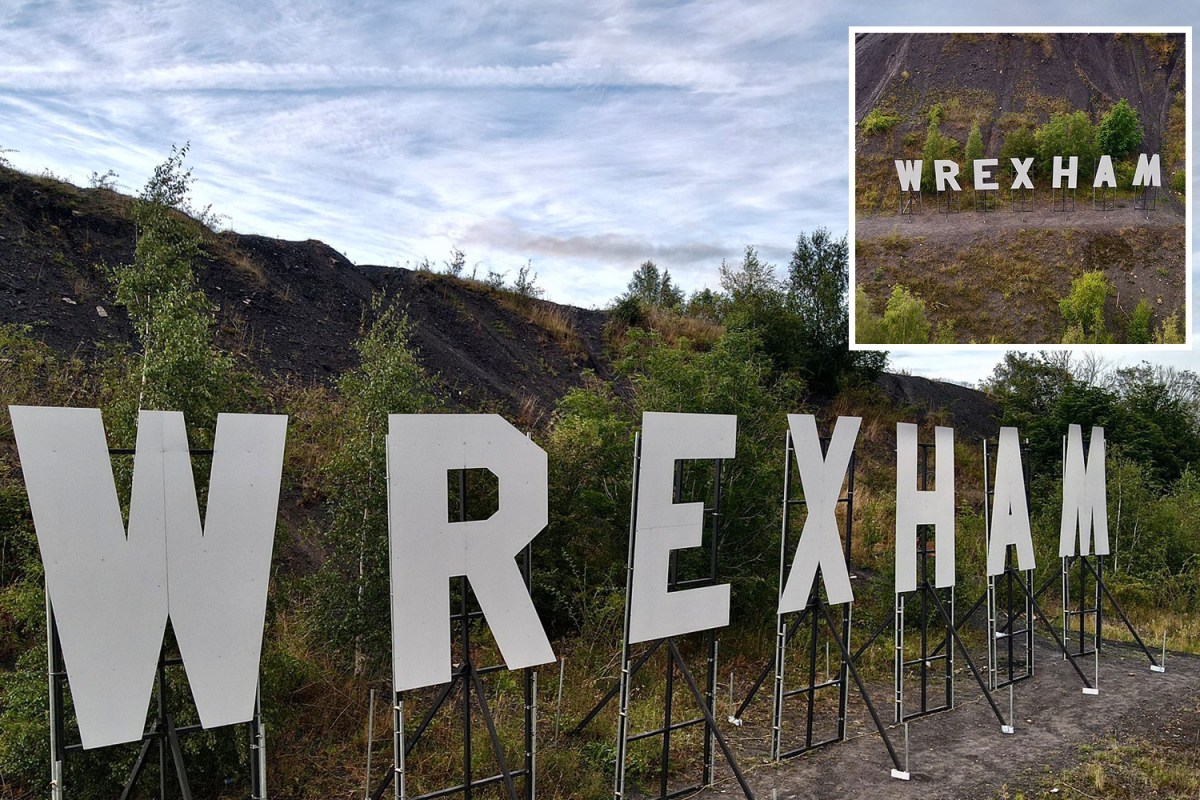 
MYSTERY surrounds a huge Hollywood-style sign which has appeared in a Welsh market town – but some think a major movie star is behind the stunt.

Locals suspect one extremely famous face is responsible for the huge sign, which has popped up on a slag heap overlooking Wrexham.

The star – actor Ryan Reynolds – has so far remained silent, despite the fingers pointed in his direction.

But Reynolds is a well-known prankster who has some very unexpected links to the town.

And the sign appeared just a day after the club beat Curzon Ashton in their final pre-season friendly 3-1.

Residents in the little town say they believe Reynolds is the man to thank for the bizarre touch of LA.

Dog-walker Pete Leyshon said: “This has just got to be Ryan Reynolds doing this – who else would do it?

Michael Roberts went to investigate as the sign was built.

He said: “There were about six lads putting the sign up. They were in a white 4×4.

“Whoever has done it has put a lot of effort into it and must have had permission to get through the gate at the back of the slag heap.”

It comes just days after Reynolds put on a film premier for emergency workers in the town to screen his latest comedy Free Guy.

The actor says he is “mortified” that he has not yet been able to visit the town since buying the club.

Announcing the takeover, he and McElhenney said: “It is a special day for the two of us to become the latest stewards in the long and storied history of Wrexham AFC.”

The UK Times is an automated news aggregator website. Each material, like the author and the hyperlink to the primary source, is defined. All the trademarks and materials belong to their rightful owners and authors. If you are the owner of the article or content or news and do not want us to publish it, please contact us by email at [email protected]times.co.uk. We will remove it within one business day.