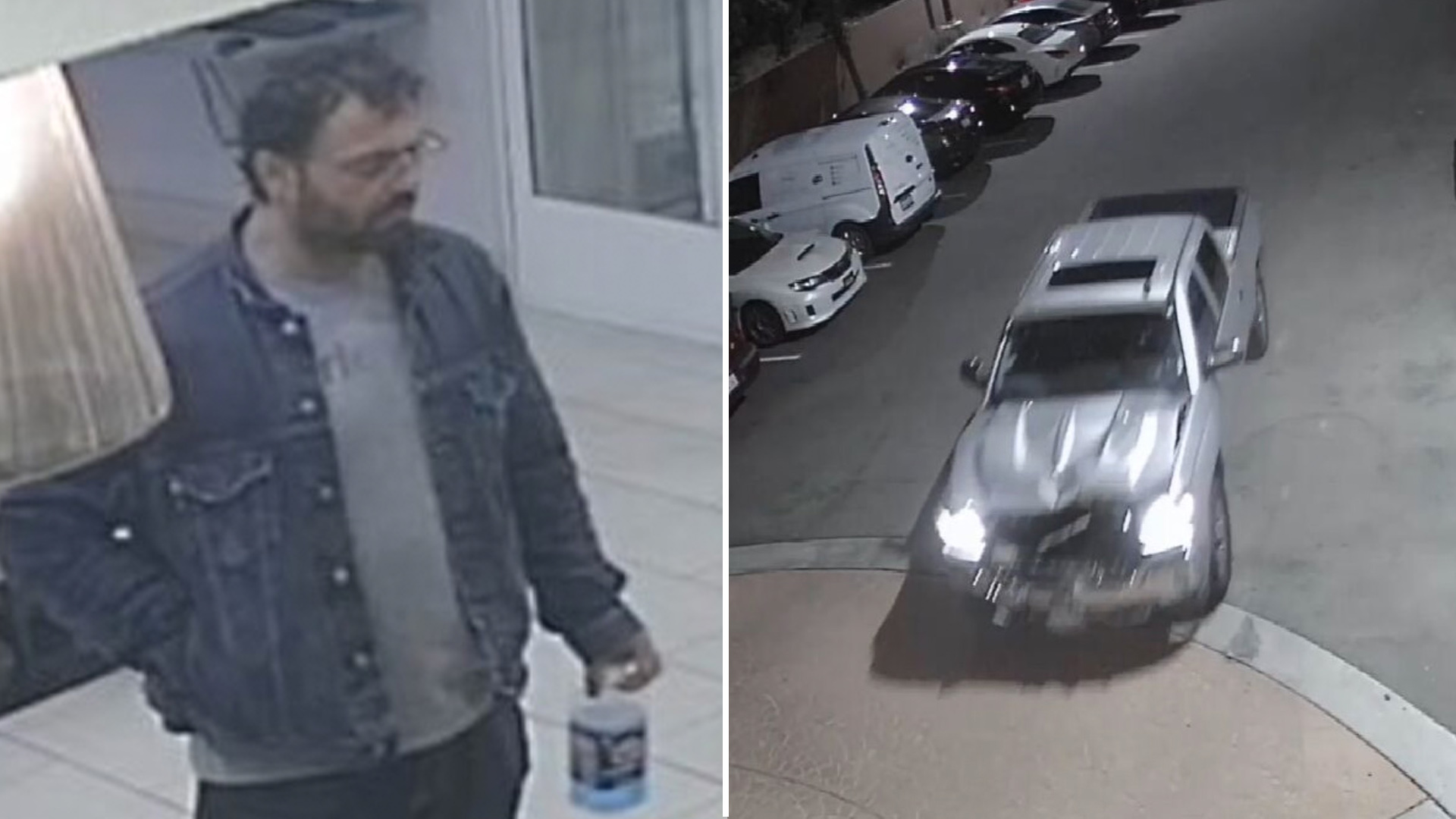 
THE remains of a 29-year-old woman have been found in a hotel parking lot after she was dragged for eight miles by a pickup truck, according to authorities.

California police are calling for any information regarding the identity of the driver responsible for the murderous hit-and-run.

Officers responded to a call at a La Quinta Inn at 1.30am Friday morning after someone discovered the body of the woman, the AP reported.

Fresno Police said the woman was crossing an intersection while pushing a shopping cart and had her dog on a leash when she was hit by a gray or silver truck.

The man continued to drive with the woman trapped under his truck and stopped at a hotel.

He parked in the parking lot, got out of the truck, and went to the lobby to ask for a room, police reported.

When he was told there were no available rooms, he left and was pulling out in his truck when a hotel guest saw the woman’s partial remains dislodge from the pickup truck and called police, Fresno Lieutenant Bill Dooley said.

Dooley said the woman was identified and is believed to be homeless.

He said that the woman’s information would not be released out of respect for her and her loved ones.

Surveillance video from the hotel captured the driver walking into the hotel lobby and driving the heavily damaged silver Chevy Silverado.

Police released stills that show the driver and the truck, and are asking that anyone who recognizes him contact the Fresno Police Department.

Dooley asked the man to turn himself in during a news conference and for his family or friends to contact authorities.