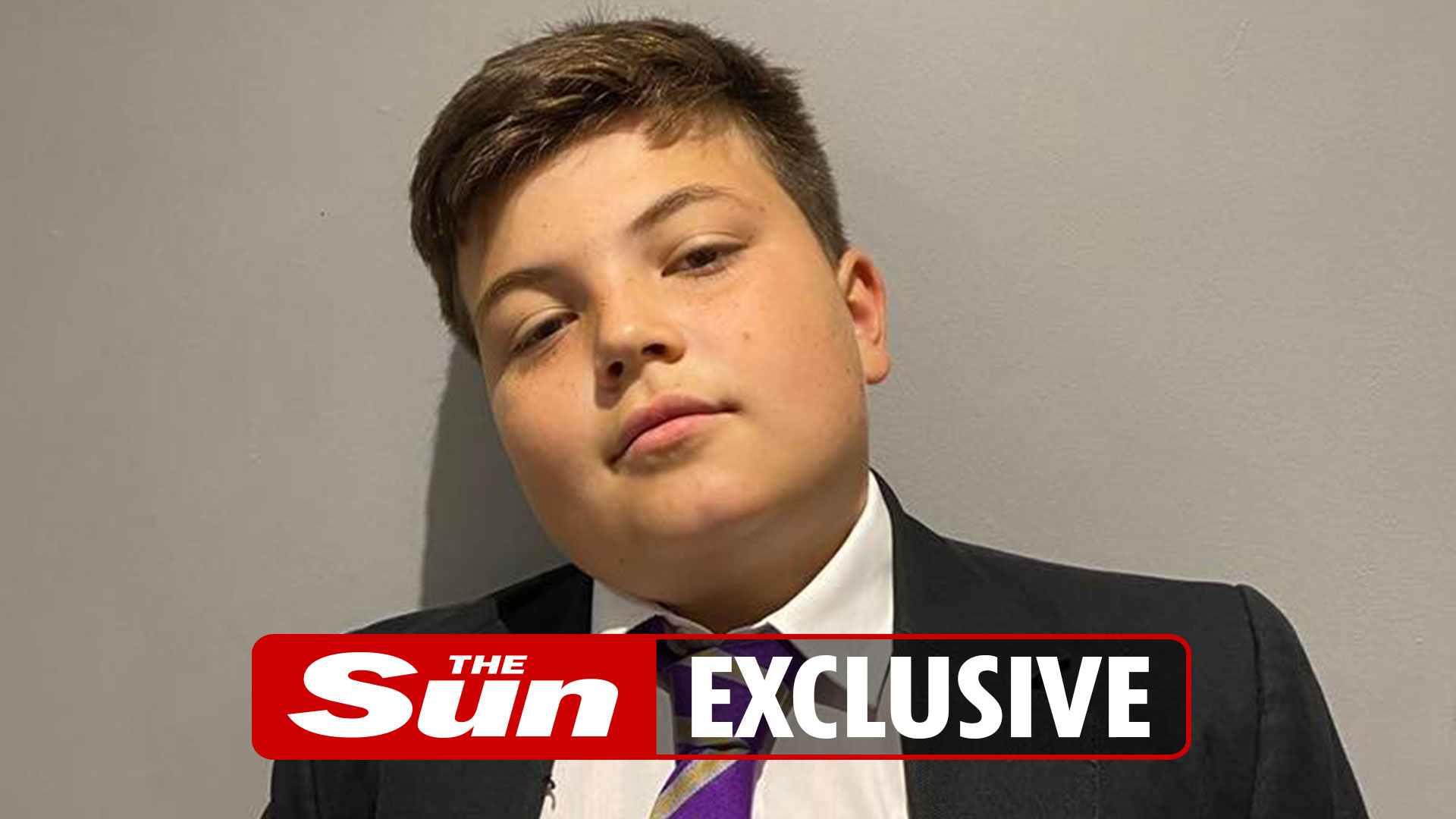 
A MUM claims her son was left “sick, faint and dizzy” after his school forced him to wear a full suit in 32C heat.

Danielle Barker says 12-year-old Dex was threatened with isolation if he wore anything other than a shirt, tie, blazer and trousers to class – but teachers turned up in Hawaiian shirts.

But within an hour of him arriving at the gates, Danielle got a call to say Dex was ill and needed to be taken home immediately.

And when the mum collected the sweaty youngster she was horrified to discover some staff members were dressed in summer get-up on what would be the hottest day of the year so far.

A furious Danielle said: “He effectively has to wear a full suit to school, whatever the weather.

“I asked if he could wear his PE kit as it was going to be so warm but I was told he would go into isolation if he did.

“He got to school and felt as sick as a dog and dizzy. I had to go and pick him up.

“The poor kid looked pale, sweaty and clammy, and he was still thirsty even though he had drunk a lot of water.

“He got a heat rash on his arms, legs and back, and suspected heat exhaustion.

“Staff were wearing shorts, dresses and Hawaiian shirts but the children still had to wear uniform.”

Dex returned to school on Monday morning but quickly fell ill again after “becoming too hot” as temperatures hit the mid-20s.

Danielle had to collect him, and he vomited as soon as they got home – but he quickly felt better once he had cooled off.

“He was fine in the house with the fan on and wearing loose clothes,” she added.

The mum wrote to the school demanding the rules be relaxed over the summer but she was told it would be unfair on the other students to change the policy just for her son.

And while she “understands the need for uniform”, Danielle is unsure what to do when Dex hopefully feels better next week.

How does wearing a school branded PE kit to school on a warm day negatively affect learning and warrant isolation?

“Uniforms are smart, everyone looks the same, and it’s realistic for the impending work world, but offices and other places of work adapt for the weather or have air conditioning – the school does not,” she said.

“At primary school Dex had shorts and a polo shirt, so to go from that to what is effectively a full suit was quite daunting.

“He struggled the first few weeks of secondary school due to being so warm, and said he was already worried about the summer.

“My son was anxious about it before he went to school on Friday as he is always warm, even in cooler weather.

“He had even asked me to take him to the uniform shop to buy him a school skirt as he would be cooler in that than in trousers, but I said no.

“He’s very much a laddish boy but said he didn’t care what he looked like.”

Danielle said that the head of year had been “fantastic” since finding out Dex had been unwell, but “sadly they don’t make the rules”.

She added: “Myself and other parents feel the rules are outdated and unfair.

“How does wearing a school branded PE kit to school on a warm day negatively affect learning and warrant isolation?

“I would say it’s the opposite, as how can children be productive if they are too warm?

“It’s ludicrous when the government and other schools say dress appropriately for the weather.”

Temperatures soared to 32.4C at Heathrow Airport on June 17, making it the warmest day of 2022 so far.

It smashed the record for the third day in a row, with previous highs of 29.5C in Northolt, west London, on Thursday, and 28.2C at Kew Gardens the day before.

Government advice for “looking after schoolchildren during heatwaves” suggests “loose, light-coloured clothing should be worn”.