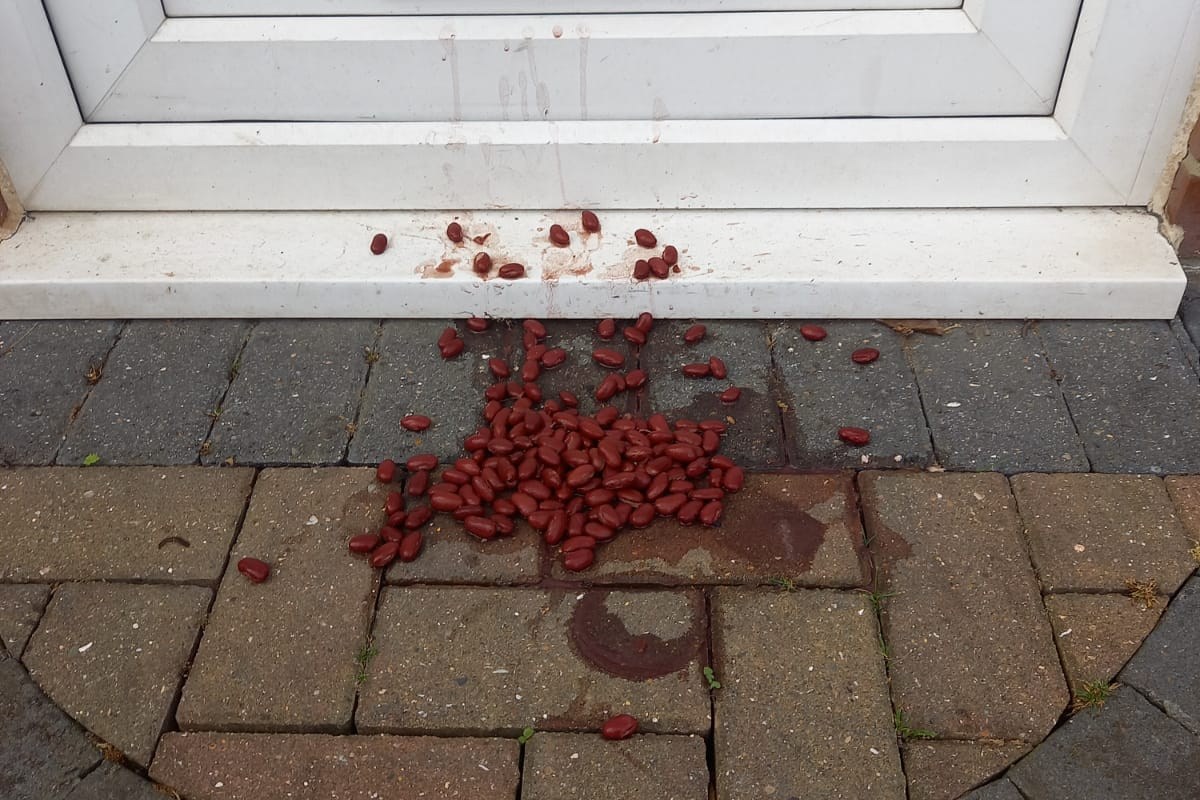 
A MUM has issued a warning to other homeowners after her house was targeted by thieves with a kidney bean burglary trick.

Maria Celino-Straker, who lives in the North East, woke up to find a horrible mess of kidney beans on her doorstep on Monday morning.

She was told by her relative that the trick is a well-known method used by burglars across the country – because it indicates if you’re at home or not.

She wrote on Facebook: “Well I woke up to this left on our doorstep this morning. Apparently, this is a known trick of burglars.

“If not cleaned up in a couple of days they know you are not home and in they go.

“Thankfully I’m home and cleaned this up, whoever it was done this about 1am this morning.

“Look out for your neighbours especially those who are on holiday.”

She told the Manchester Evening News: “It’s not just beans.

“They use anything that you would have to clean up and that is not going to wash away with a bit of rain.

“I posted about it because I wanted to warn people and get them to look out for each other.

“If it helps one person it was worth it.”

The post has since been shared over 2,000 times by other social media users wanting to warn their friends and neighbours.

And Maria said that since she found out about the trick, she’s been checking on her elderly neighbours to make sure their doors are locked.

This comes after news that burglars and thieves will be electronically tagged 24 hours a day to stop them reoffending in an anti-crime blitz.

Boris Johnson is also announcing a huge boost to stop and search powers to tackle the deadly knife crime epidemic.

While criminals will be put to work cleaning up streets, estates and parks in a “visible” push for the public to “see justice being done”.

Lags convicted of booze related crimes – which the Home Office says drives 39 per cent of all violent crime – will also be tagged to stop them drinking.

The massive law and order crackdown comes after a torrid few weeks of negative headlines has seen the PM’s approval ratings sink.

Incredible moment hero Scots postie rumbles burglars while on his round