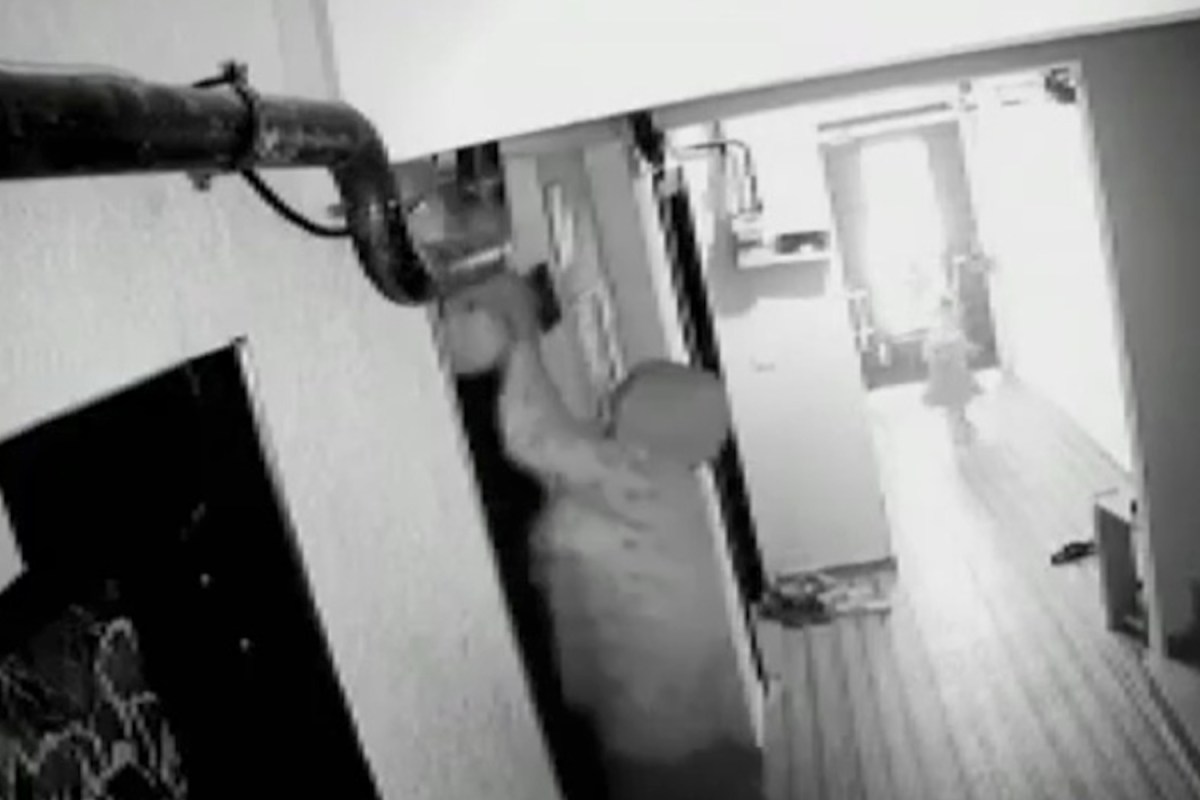 
A BABY was crushed against the ceiling of a lift and tumbled down the shaft in front of her horrified mother.

The tragedy happened when the lift suddenly started moving before the doors had closed.

In shocking CCTV footage which recorded the freak accident, the pram is seen being crushed against the ceiling as the mum Gulperi Karasal tries to pull it down.

She then runs to a nearby apartment and frantically bangs on the door.

Baby Avzem Adar reportedly fell nearly 20ft down the shaft with emergency services rushing to the scene to save her.

But the two-month-old died in hospital despite the efforts of doctors, local media reports.

Police have confirmed that they are investigating the circumstances surrounding the baby’s death.

And just a few days ago, another tot tragedy involved a little girl who accidentally killed a baby boy when she was playing in her parent’s car and accidentally let off the handbrake, reports say.

The two-year-old girl was listening to music in the vehicle when it rolled forward and crushed the 10-month-old baby, local media reports.

The Ford Focus reportedly hit the baby boy as he sat with his father and several other people at a table near a riverbank in Chertovitsy, Russia.

Sunday’s accident “happened in a flash” and “no one had time to save the boy” who died of his injuries at the scene, reports say.

The incident is under investigation by police.

Officials explained that there were many people on the riverbank at the time and cops are establishing whether the girl was the only person in the car.