Mum sobs as she reveals devastating final words to son, 18, stabbed to death by pal in Snapchat row 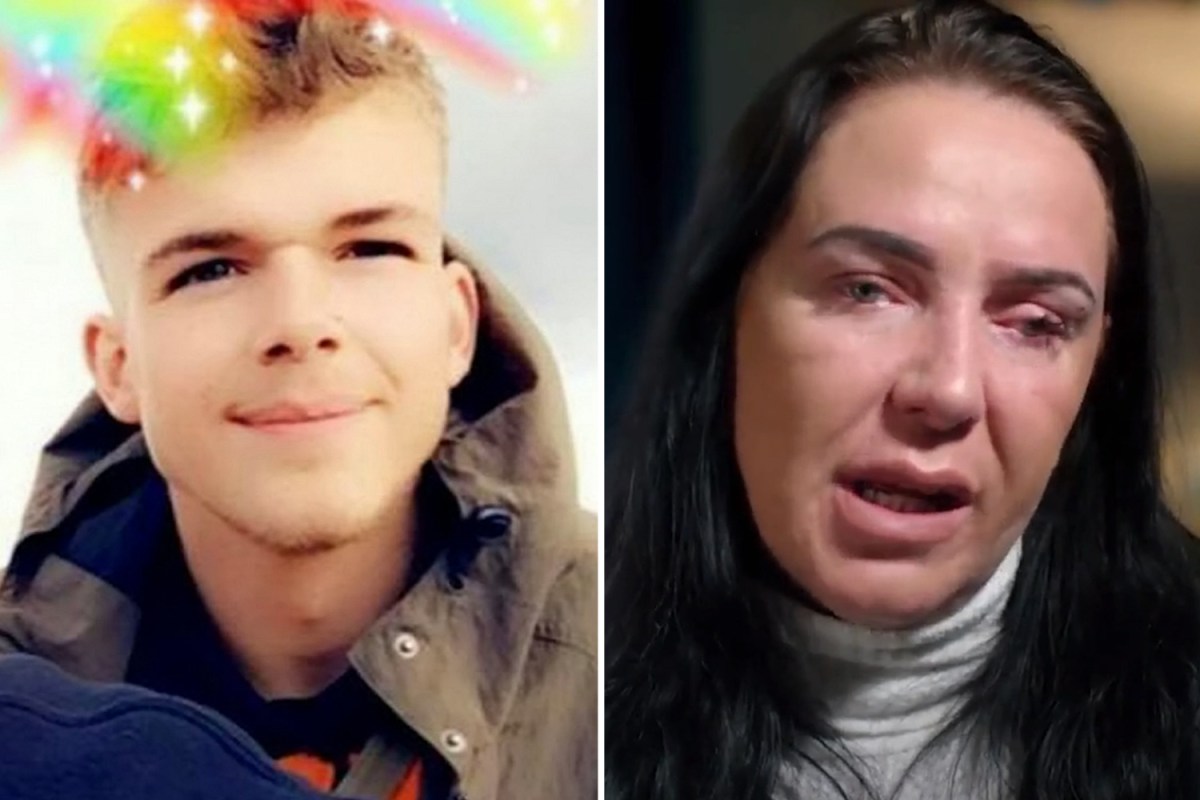 
THE mum of an 18-year-old stabbed to death by a pal in a Snapchat row broke down as she revealed her heartbreaking final words to him.

Liam Gray, 18, died after being knifed once in the chest by 18-year-old Jonathan Treadgold.

Tragically the teen had just become a dad and was planning to move to Birmingham with his partner the next day.

Liam’s mum Joanne Peters has now described the harrowing moment she was told her son had been murdered in documentary Britain’s Deadliest Kids.

She told the discovery+ show: “I managed to say, you know, ‘I love you’.

“I just hope he heard me, because that was the last thing that I managed to say to him while he was still alive.”

Joanne sobbed as she revealed how she immediately knew Liam hadn’t made it when two doctors went entered the hospital room.

She added: “They didn’t even have to say anything, I just knew, and I think I said to them, ‘he’s gone, hasn’t he?’ My heart just shattered.”

On August 1, 2019, Liam had been drinking with Treadgold and another friend Reece when they made their way to a local pub in Mansfield.

After boozing, they returned to Liam’s grandad’s home nearby but Treadgold suddenly bolted from the flat saying he had stabbed him.

Liam was discovered behind a sofa holding a tea towel to his chest with blood on his white T-shirt.

Reece told the show: “I’ve gone in and Liam’s stood there with a handful of tea towels and stuck them to his chest.

“He was holding his chest and he fell to the floor.”

The traumatised teen then called Liam’s grandad, who battled to save his life during the horror.

But tragically Liam couldn’t be saved and was declared dead in hospital shortly after.

Police soon caught brazen Treadgold, who was captured on bodycam claiming Liam had attacked him first.

He also lied and said the teen was a violent bully – but it soon unfolded Treadgold had knifed his friend in a row over Snapchat.

Tensions had flared between the pair over a message was sent from the boyfriend of Treadgold’s sister about a video.

Liam then made a comment about how he would sort the boyfriend out – causing the killer to fly off the handle and attack him with a kitchen knife.

Treadgold was charged with murder but in another blow for Joanne, she was told he would be tried as a child.

She said: “When the police told us that he was going to be tried as a child – so he could only get 12 years – that honestly really upset me. I was broken.

“He would still be a young man when he comes out of prison, and my son’s not here anymore.”

Sickeningly, Treadgold refused to speak during his murder trial and “thought he was going to get away with it”.

But thankfully jurors saw through his lies and he was unanimously found guilty of murder in February last year.

Treadgold was caged for at least 16 years that month but the pain he caused Joanne and her family will never go away.

She said: “We’ve been robbed of seeing our son, brother, father grow up and do all the things he wanted to do.

“We’ve been robbed of that, over a silly argument over a video.”