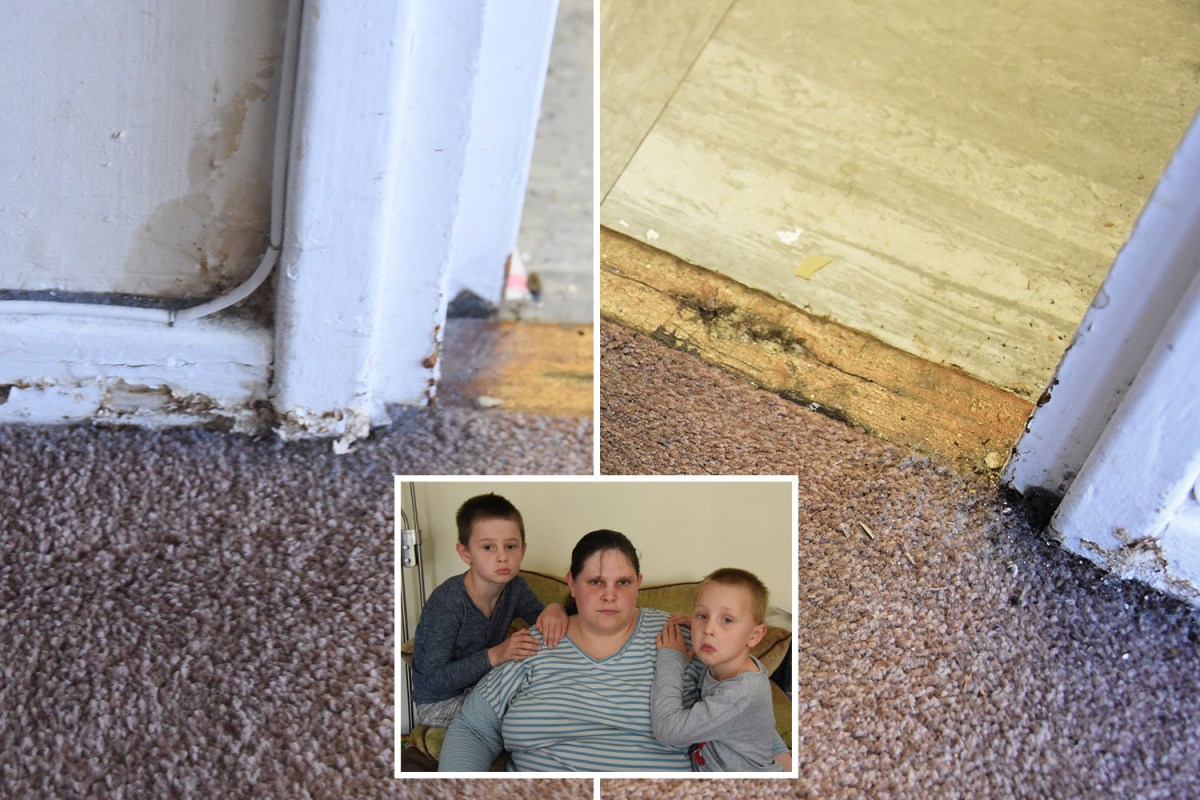 
AN ANGRY mum claims her damp, mould-ridden council house is sparking asthma attacks and seizures – but she can’t get help.

Wendy Melling, 32, says that clueless contractors have ‘no idea’ what is causing damp to seep through the walls, carpets and even the bathroom tiles in her Norwich bungalow.

The mum is concerned about the detrimental affect upon the health of her two young boys, Harvey, seven, and five-year-old Aiden, reports the Eastern Daily Press.

She has blamed the disgusting mould from the widespread damp for triggering asthma attacks and seizures – the latter of which she has not suffered in ages before moving to the council home.

However, she says she has been constantly fobbed off by the bureaucrats, who allegedly “don’t seem to care” about “it is setting off my seizures”.

Ms Melling has repeatedly reported the “major damp problem” to Norwich City Council for the past three months.

But so far nothing has been fixed, and the worried mum is still living there with her kids despite “up to 20 phone calls” to the authority.

And she’s fed up with various contractors visiting to check the problem, who have no idea what is causing it.

The mum said: “We reported it in May and since then we have had three people come out to look at it – and each one says the last one got the problem wrong.

“We’ve got damp in our walls and carpets and it has started coming through the tiles in the bathroom [but] they can’t figure it out.

“They’re still really young, I’m concerned it will have some effect on their health as well because there’s definitely mould there,” she added.

Three people have come out to look at it – and each one says the last one got the problem wrong.

Although the family is on the emergency housing list, the earliest yet another contractor can visit again is September 1, said Ms Mellie.

Until then she is trying to ventilate the bungalow as much as possible, by keeping the windows open.

But she’s worried about how she’ll cope in winter, when it’ll be too cold to continually air the property.

A council spokesperson said: “We appreciate that it is frustrating when repairs are held up, and we are in touch with our contractors to make sure this issue is dealt with as quickly as possible.

“Having been recently made aware of the specific damp issues and health concerns, a housing officer will be in touch with Mrs Melling to discuss her concerns in more detail.”