Mum, 29, receives shock breast cancer diagnosis after getting a boob job but vows to fight disease for her three kids 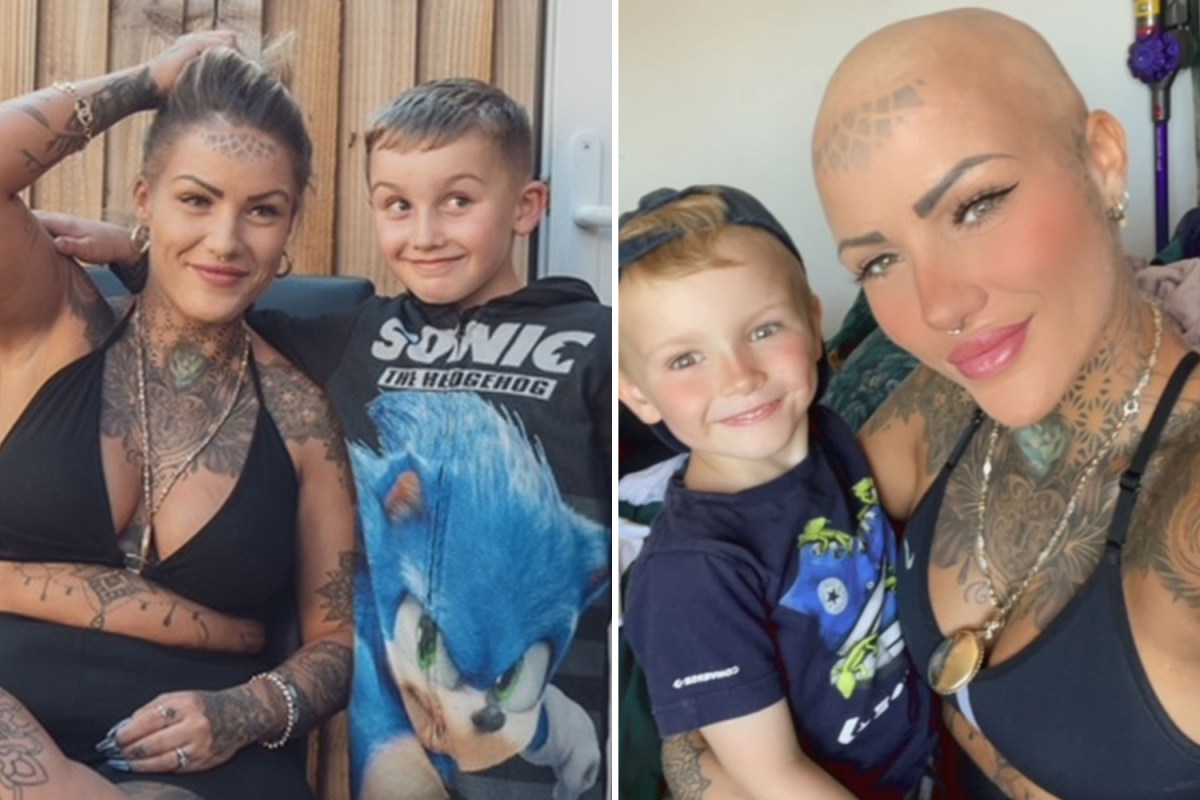 
A MUM-of-three discovered she had an aggressive form of breast cancer just months after getting a boob job.

Amy Carroll, 29, found a lump in her breast in January, following her operation the previous October.

She assumed the lump was a side effect following her surgery – but was told otherwise by doctors.

The mum and model, who runs the Diamond Glow tanning salon in Derby city centre, said: “Basically if I hadn’t had my boobs done, I wouldn’t have known that the cancer was there.

“I had my boobs done in October and I thought it might be a bit of gristle because of that.

“I went for a check up for my boobs and they said it was nothing to do with the enhancement, and they told me to go to the doctor.”

Her initial diagnosis may have been slowed by as a result of the coronavirus pandemic, she believes.

“I’m only 29 and you know when you just put these things off for a while and it took a while to get into the doctors anyway and be seen because of Covid, so it took time to get into the breast unit,” she said.

Since her diagnosis, Amy has begun her chemotherapy treatment against the invasive cancer.

Invasive forms of cancer are cancer cells that have broken out of their point of origin and spread to other parts of the body.

Amy’s cancer has since spread from her breast to her lymph glands, with five tumours on her right side.

And the mum says it has been hard keeping all the different aspects of her life afloat.

‘THEY’VE ONLY GOT ME’

“I’m just trying to keep everything up and going as much as I can with three kids, but it’s so hard at the minute,” she said.

“I am just getting on with it to be honest, before I get too poorly.

“Because obviously this is my shop, everything is all in a mess at the minute, because of Covid we couldn’t open the shop and then having three kids, trying to make sure they’re alright.

“It’s just bad timing because it’s my 30th this year as well, so this was supposed to be my year to get on my feet.”

Obviously, it’s going through your head what would happen if anything happens to me, where do the kids go, because I don’t have a clue.

She also explained how, once she started her chemotherapy treatment, she started to lose her hair and decided to take action.

She let her three sons, Jesse, three, Ronnie, seven, and Jack, 13, cut her hair off, which she said was an emotional experience.

“Obviously, it’s going through your head what would happen if anything happens to me, where do the kids go, because I don’t have a clue.

“I’m not really trying to think of it like that, I’m trying to look at the worst case scenario and build up from that really.”

Without financial support, Amy fears her business may have to close once she becomes too ill to run it.

She is now fundraising in an attempt to support her family while she undergoes treatment.

You can find Amy’s fundraiser here.

What are the symptoms of breast cancer?

Signs and symptoms of breast cancer include:

The 6 signs you’re at risk of cancer