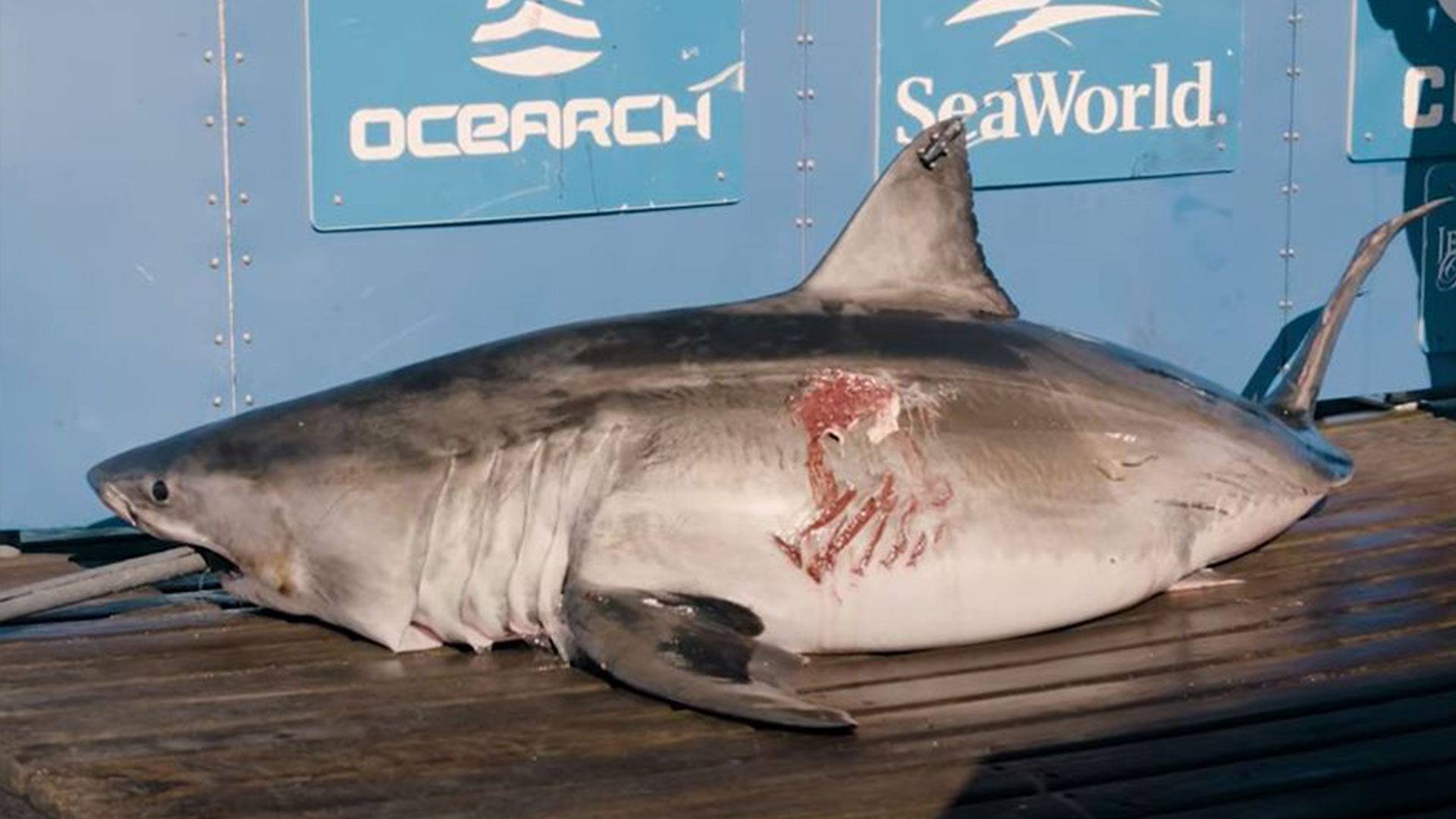 
ANOTHER huge Great White Shark has been tracked off the east coast of US ahead of summer feeding season.

The latest great white was last seen lurking near New Jersey just weeks after a similarly sized beast was tagged off the coast of Florida.

Data revealed that the beast had swum more than 7000 kilometres after she was tagged off Ironbound Island, Nova Scotia in September last year.

Maple, who is believed to be around 12ft in length, reportedly sported substantial injuries when she was first caught.

“She had a distinctive wound on the left side of her body,” OCEARCH said.

“After the initial assessment, our science team believes it was likely due to a recent interaction with another larger white shark. This interaction was possibly an example of dominance behaviour.”

The organisation say that the population of Western Atlantic Great White sharks tend to make their way along the east coast as they move to cooler waters.

The time of the season is labelled by marine experts as the “summer feeding aggregation,” or feeding season.

It comes after several sharks have been tracked to the waters off the coast of US in the last two years.

It included, Ironbound, a giant male great white shark weighing nearly 1,000 pounds, who was tracked near the Gulf of Maine.

When the shark was first tagged, researchers described him as one of the “toughest sharks” they’ve ever seen, “especially considering his size.”

Ocearch is a non-profit group that tags sea animals to collect data on them that can be passed on to scientists.

When a tagged shark swims close enough to the surface of the water, its tracker will “ping” to notify researchers of its location.

Much is still unknown about the great white species. Tagging the sharks helps researchers learn about migration habits, and how and where the sharks mate and raise their young.

The organization has a goal to tag 100 sharks throughout the western North Atlantic.

As the weather warms up, more swimmers are heading to the beach to cool down.

Vanessa Schiliro, a marine biology student doing her honors thesis on sharks, has shared some ways for swimmers to stay safe in the water.

The first thing is to decrease the odds of encountering a shark. Try to avoid areas where people are fishing with bait, or where there’s a large population of prey, like seals.

Also, avoid wearing anything shiny. Sharks have terrible vision and could mistake it for the scales of a fish.

If there is an encounter with a shark, the best thing to do is stay calm. Try to get out of the water as calmly and quickly as you can.

Making sudden frantic movements and splashing could increase the shark’s curiosity and bring them straight to you.