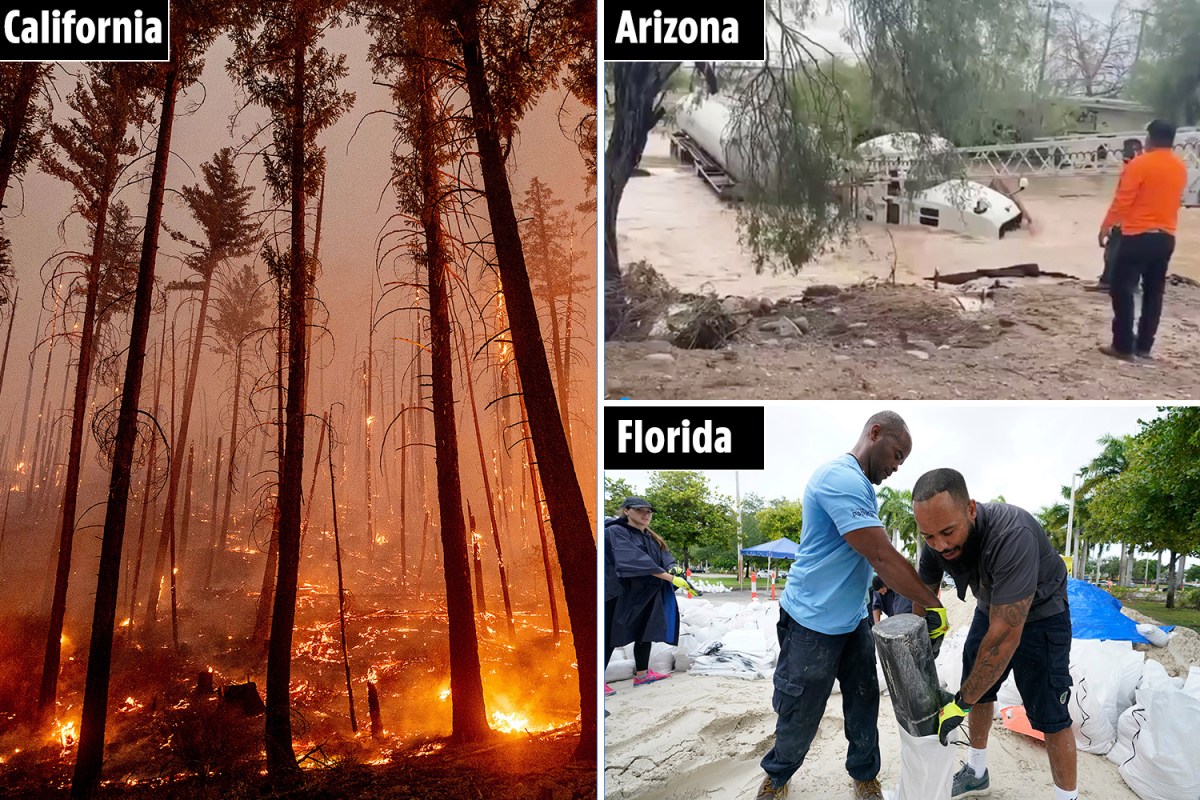 The news comes as Florida braces itself for Tropical Storm Grace and Northern California’s Dixie Fire continues to grow.

In Arizona on Saturday, Gila Bend’s mayor declared a state of emergency for the town of 2,000 and said a temporary shelter was set up in a school gymnasium as a result of flooding.

Azfamily.com reported that one victim was swept down a flood wash and that the second person was in a vehicle swept away.

Sheriff’s Sgt. Monica Bretado said “several rescues and ongoing evacuations” were conducted and that one person was found dead.

Parts of a Phoenix freeway were also closed as a result of Friday night’s monsoon.

Having braced itself for a now-weakened tropical wave Fred, Florida is now facing the prospect of Tropical Storm Grace, which formed over the Atlantic Ocean Saturday morning.

According to the U.S. National Hurricane Center, Fred, which was once a tropical storm, is now headed into the eastern Gulf of Mexico and could regain such strength on Sunday.

Grace, meanwhile, is forecasted to reach Haiti on Monday night, which forecasters predict it will drop four to seven inches of rainfall.

The island is still reeling from a deadly earthquake on Saturday, which killed more than 300 people.

Grace is expected to be near Florida by Wednesday of next week, after Florida Governor Ron DeSantis declared a state of emergency for the state’s Panhandle region in response to Fred.

In California, the state’s Dixie Fire – the second-largest in its history – saw flames pushed closer to two towns as thunderstorms hit the region.

The storms began on Friday, and though they did not produce much rain, winds whipped up by the storms created created lightning strikes.

These strikes forced crews to focus on using bulldozers to build lines and keep the blaze from reaching the town of Westwood, which has a population of around 1,7000 people and was placed under evacuation orders on August 5.

Another town, Janesville (population: 1,500), is also facing the prospect of the fire getting closers, as wind gusts of up to 50 miles per hour blew flames in its direction.