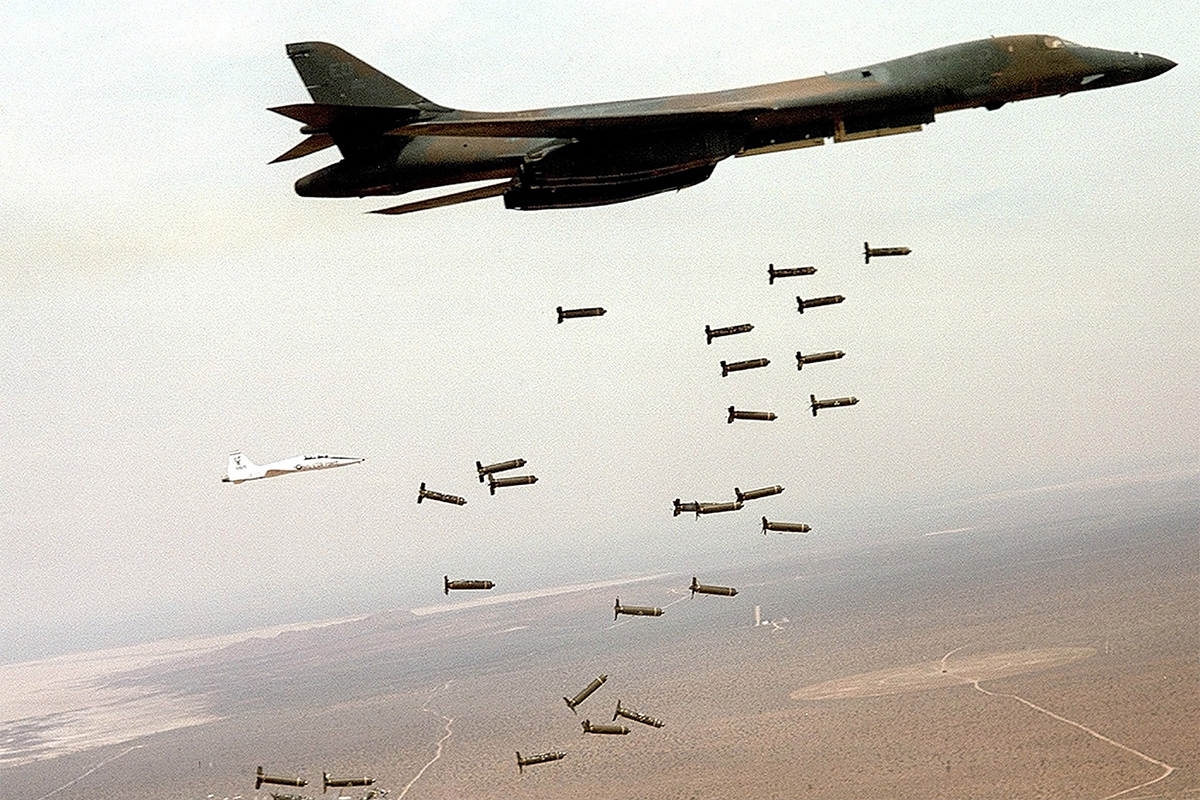 
SENATE Minority Leader Mitch McConnell said on Friday that the United States should start carrying out air strikes against the Taliban, after the insurgent group took control of a number of Afghan cities and began to encircle Kabul.

Over recent days, Taliban forces have moved at a rapid pace, capturing around half of Afghanistan’s provisional capital cities in the space of a week.

With Kabul still under the control of U.S.-backed Afghan forces, McConnell said in a statement “it is not too late to prevent the Taliban from overrunning Kabul.

“The Administration should move quickly to hammer Taliban advances with air strikes, provide critical support to the Afghan National Defense and Security Forces (ANDSF) defending the capital, and prevent the seemingly imminent fall of the city.”

Over recent days, Republicans have criticizes President Biden’s handling of the decision to withdraw troops from Afghanistan.

Biden has set August 31 as the date U.S. forces will exit the country, but on Friday he ordered the “temporary” deployment of 3,000 troops to Afghanistan to help evacuate Americans from the US embassy in Kabul.

According to the Associated Press, the Taliban currently controls 14 of the country’s 34 provincial capitals, with cities such as Kandahar and Herat being captured last week.

The president, however, has rejected criticism of the decision to withdraw.

Biden rejected that a Taliban takeover was inevitable, adding: “The Taliban is not the North Vietnamese Army. They’re not remotely comparable in terms of capability.

“There’s going to be no circumstances where you’re going to see people being lifted off the roof of an embassy in the United States from Afghanistan.”

Earlier this week, Biden discussed the amount of money the U.S. has spent in Afghanistan – a total that includes an estimated $81 billion in arming U.S.-backed Afghan forces.

Biden said on Tuesday: “We spent over $1 trillion over 20 years. We trained and equipped with modern equipment over 300,000 Afghan forces.

“And Afghan leaders have to come together. We lost thousands, we lost to death and injury, thousands of American personnel. They’ve got to fight for themselves, fight for their nation.”

The president is currently taking a long weekend at Camp David – a move that also riled many Republican lawmakers, who said Biden should not be disappearing from public view during such developments in the Middle East.

As the Taliban rampages across the country, some of its most brutalised victims have been the country’s women.

Women were brutally oppressed when then the militant group last controlled Afghanistan in the 90s.