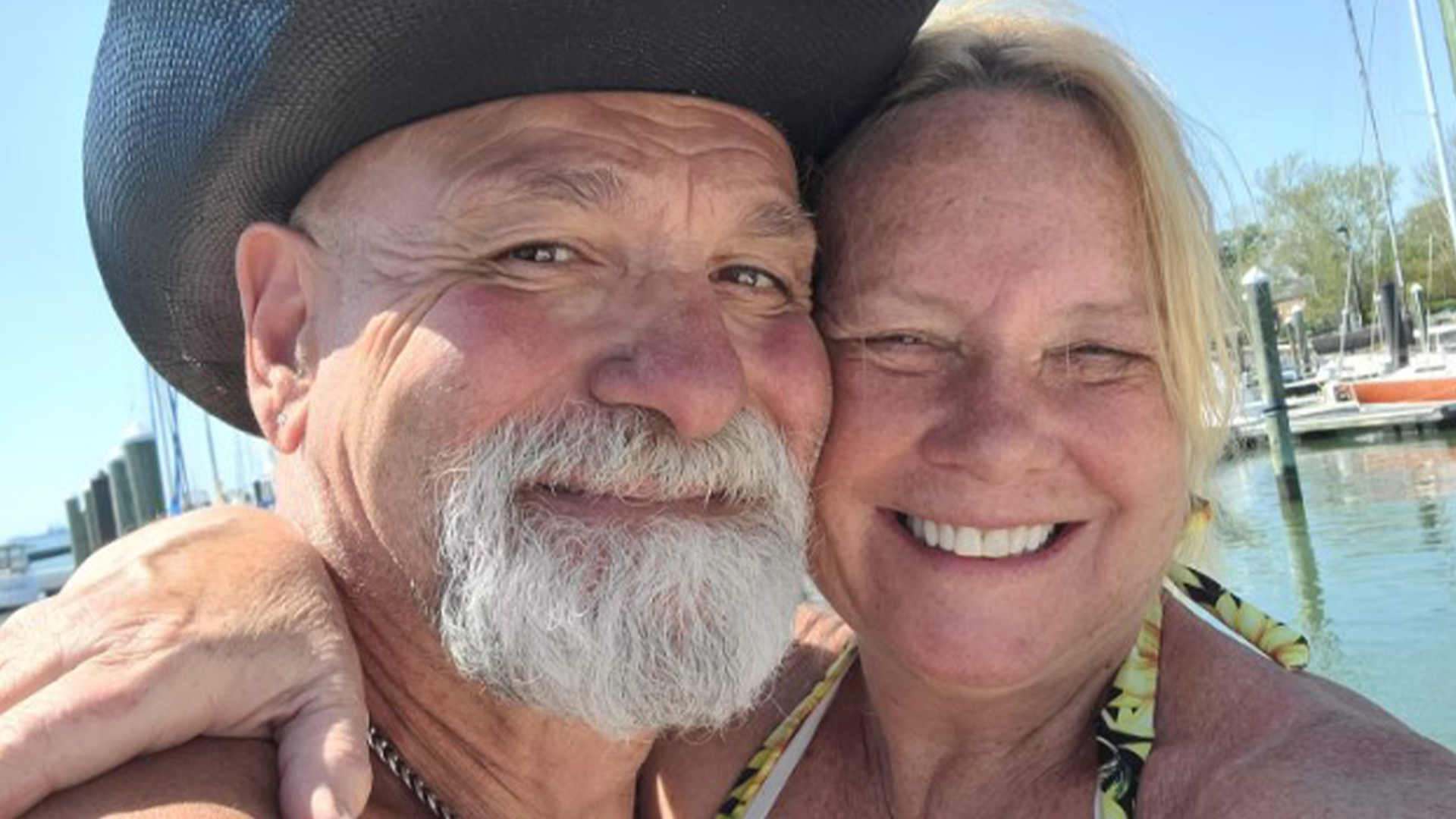 
A MISSING couple shared video from their boat showing wild weather in the weeks before they mysteriously disappeared at sea.

Coast Guard officials continue to search for “overdue” boaters Yanni Nikopoulos and Dale Jones after they failed to return from a sailing trip.

On Facebook, Jones posted a video of monstrous weather seen from a dock weeks before the couple disappeared.

“And it came out of nowhere!” Jones wrote in the post.

“The wind was so strong it leaned the boat to port side.”

The video features deafening rain that drowns out the voices of Dale and Yanni, both 65 years old.

“I guess it’s a little taste of what to expect on occasion,” Jones wrote.

Jones’ daughter reported the boaters “overdue” on June 17 after they didn’t arrive in Virginia as expected.

The video also gives a new glimpse of their boat. The pair departed Hampton, Virginia on June 8 on the 36-foot sailboat Kyklades, headed to the Azores, Portugal.

The Coast Guard released a new statement on Wednesday regarding their disappearance, saying they are working with other officials to track them down.

“We have not received any signs of distress,” Lieutenant Christopher Pulliam said.

“However, we encourage the public to keep a sharp eye out for Yanni Nikopoulos and Dale Jones.”

The boaters were last heard from on June 13, when they told Jones’ daughter that bad weather left their boat damaged.

The two were about 460 miles east of Virginia Beach when they called Jones’ daughter.

Nikopoulos and Jones are natives of Virginia Beach.

Members of the Coast Guard have searched the area for the missing boaters.

Two flights have been conducted by Coast Guard aircraft in search of the pair.

In addition, the Fifth Coast Guard District Command Center issued a broadcast to boaters urging them to keep an eye out for signs of Nikopoulos and Jones.

On June 17, Jones’ daughter contacted the Coast Guard again saying she has not received further communication from her mother and was concerned.

Nikopoulos and Jones were anticipated to return around June 20, the daughter said, though a firm date had not been set for their arrival back to Virginia.

“In situations like this, where there are so many unknowns, our coordination efforts need to cast a wide and intentional net,” said Chief Brian Gainey, command duty officer with the Coast Guard.

“We’re tracking cell phone and radio pings as we work with our counterparts in Bermuda to accurately determine the most intelligent search area for our air crews.

“It’s a lot of detective work, but it’s all in service to finding these two individuals and bringing them home to their families.”

Anyone with information related to the search for the missing boaters is urged to contact the Fifth District Command Center at 757-398-6390.