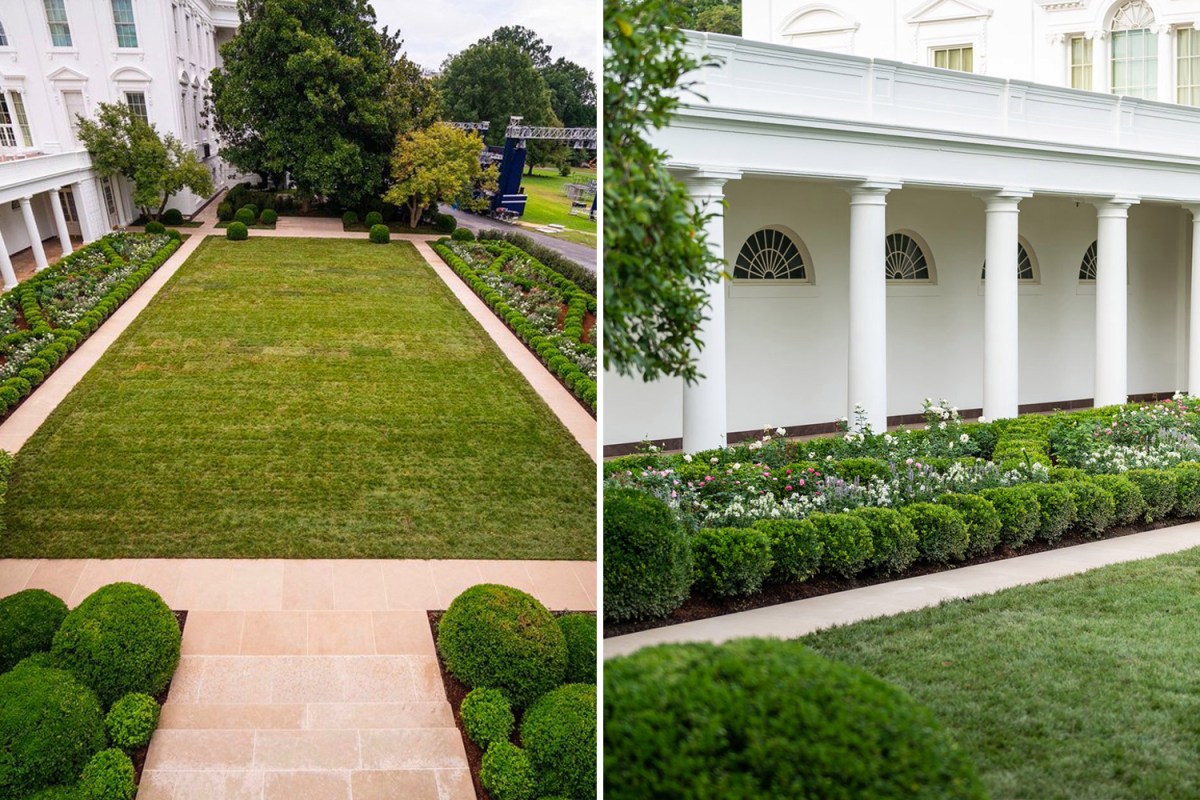 
STAFF who had knowledge of Melania Trump’s controversial renovations to the White House Rose Garden have defended the former First Lady after her changes came under fire from a noted historian last week.

Author and historian Michael Beschloss called Trump’s alterations to the most famous garden in America an “evisceration,” having previously tweeted a number of images of the garden in a healthier state.

Melania oversaw the 2020 renovations to the garden – the results of which were unveiled in August of last year and have split opinions ever since.

On Saturday, however, CNN published a feature about the divisiveness of the garden’s design, quoting people with knowledge of the renovations who had sympathy for Melania, whose update meant removing almost all of the garden’s plants, trees and flowers.

Nearly every shrub and seedling was replanted from scratch, the report said, and with the new garden currently in its early stages, one insider emphasized that a barren photo Beschloss tweeted of Melania’s garden isn’t exactly representative of how the garden looks now, or how gardening works.

They added: “There is no way with the work that was done it could be — ‘ta-da! Here you go!’ The entire garden had to be ripped out to be rebuilt.”

Despite the controversy around the garden, multiple parties agreed that the overhaul was needed – including the White House groundskeepers, the then-White House chief usher Timothy Harleth, and Trump.

Two people involved in the redesign also pointed out that there were 11 actual rose bushes in the garden when the renovation began, but now there are more than 200.

One person who worked closely with the National Park Service on the Rose Garden project said: “There was so much blight and disease and turnover of plantings that what Beschloss and everyone else thinks was the original garden that was ‘destroyed’ by Melania [Trump], hadn’t been the original garden in literally decades.”

During Trump’s time in office, Melania remained silent on the majority of political issues – but she has been quick to defend her Rose Garden redesign.

Following Beschloss’ claims last week, the Office of Melania Trump Twitter account tweeted that the historian had “proven his ignorance by showing a picture of the Rose Garden in its infancy. The Rose Garden is graced with a healthy & colorful blossoming of roses. His misleading information is dishonorable & he should never be trusted as a professional historian.”

A spokesperson for Trump added, “Politicizing this renovation further illustrates the media’s bias against Mrs. Trump.”