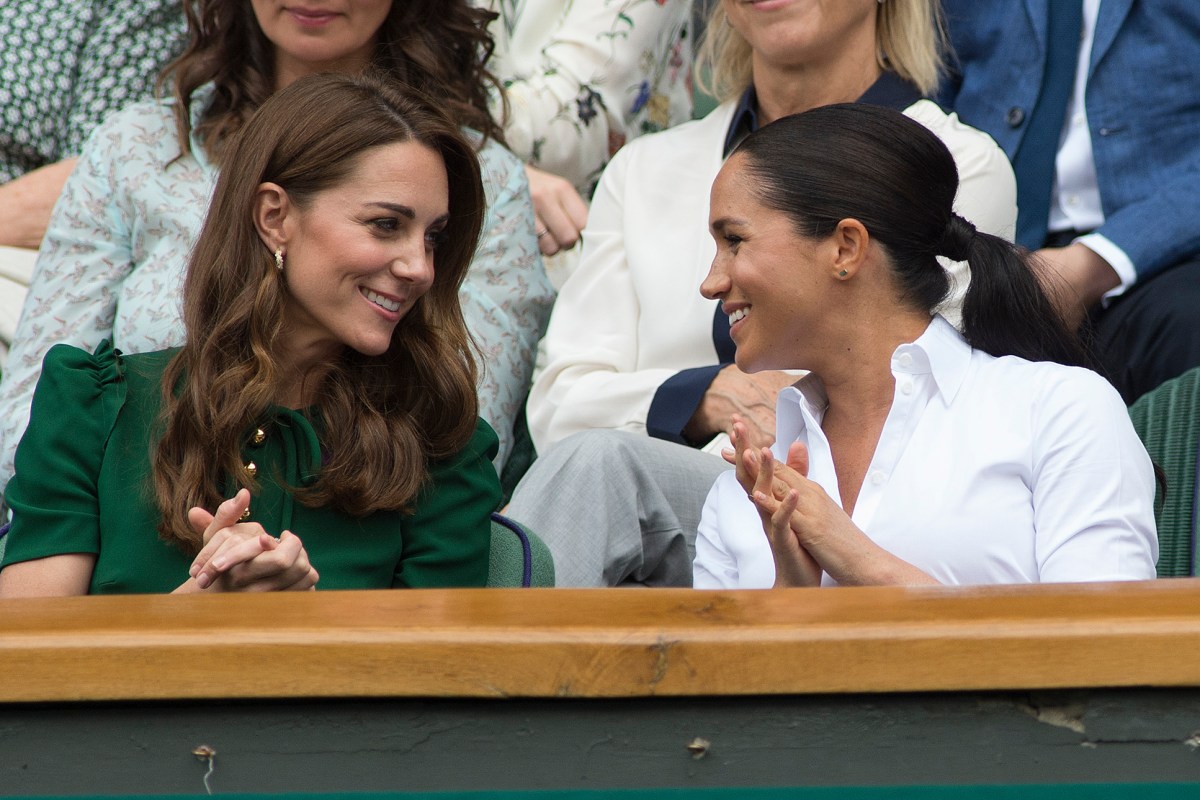 
MEGHAN Markle and Kate Middleton are reportedly “getting on well” – amid claims the sisters-in-law are even discussing a Netflix documentary after their rift.

The Duchess of Sussex had previously claimed Kate, 39, had left her in tears in the lead up to her wedding – with reports the pair had struggled to bond when Meghan joined the Royal Family.

But in a hint of reconciliation, it has been reported the pair are talking again a year after Meghan and Harry quit the Royal Family and moved to the US.

A source told Us Weekly: “Meghan and Kate are actually getting along really well and have been in touch more often.

“Meghan has been talking to her about collaborating on a project for Netflix, a documentary that will spotlight Kate’s charity work and the huge impact she’s made with her philanthropy.

“Kate is very flattered, and it’s all very positive between them.”

Meghan had previously said her sister-in-law was “a good person” but said she had been left in tears during a discussion with her before her wedding to Prince Harry.

And it appeared the pair had not spoken regularly after Kate revealed days after Lilibet’s birth she was yet to speak in a video call to Harry and Meghan.

But experts said they were hopeful the duchesses would reunite, with William previously calling Kate a “peacemaker”.

The partnership, titled Archewell Productions, was one of the first they agreed to after stepping down as senior members of the royal family that March.

Upcoming projects from the Duke and Duchess of Sussex include the docuseries, Heart of Invictus, which Harry will appear in and executive produce, and Pearl, an animated show that Meghan will executive produce.

The offer to work together on a project comes after reports of a rift between the two Duchess’, with Prince William clashing with his brother over his relationship with Meghan.

Meghan had previously claimed that Kate made her cry at a bridesmaid fitting before her big wedding to Harry in 2018.

She told Oprah during their bombshell interview that despite it being reported that Meghan made Kate cry, “the reverse happened.”

It was claimed Kate tried to make up with Meghan by offering her flowers as an apology – only for her olive branch to be rejected.

The Daily Mail reported Meghan threw the flowers in the bin and The Times said she had slammed the door shut in Kate’s face.

‘BRING THE FAMILY BACK TOGETHER’

But it was also reported at the time that Kate wanted to focus on keeping the family together.

A source claimed: “The Duchess hasn’t said much about Oprah at all.

“I think the bridesmaids’ dress comments were the least of anyone’s worries. And she’s not really the type to get het up about these sorts of things.

“She’s just trying to help to bring the family back together and alleviate her husband’s stress and sadness.”

William has previously referred to his wife as a “peacemaker” – and she was seen stepping back to allow him and Harry to speak privately at Prince Philip’s funeral.

It comes as the Duke of Sussex is reportedly returning to the UK at the end of the year with Netflix cameramen in tow.

The cameras will be filming the planning of the next Invictus Games for his upcoming Netflix deal which could be valued at £100 million, sources claim.

Harry’s visit will include a stop off to meet his grandmother The Queen after giving a speech at a Nottinghamshire Army rehabilitation centre sources told the Sunday Express.

It is not known yet whether his visit will include speaking to his brother William following their disagreements.

The REAL reason Kate Middleton got Prince George a nanny – after confiding in the Queen about ‘parenting struggles’, expert reveals