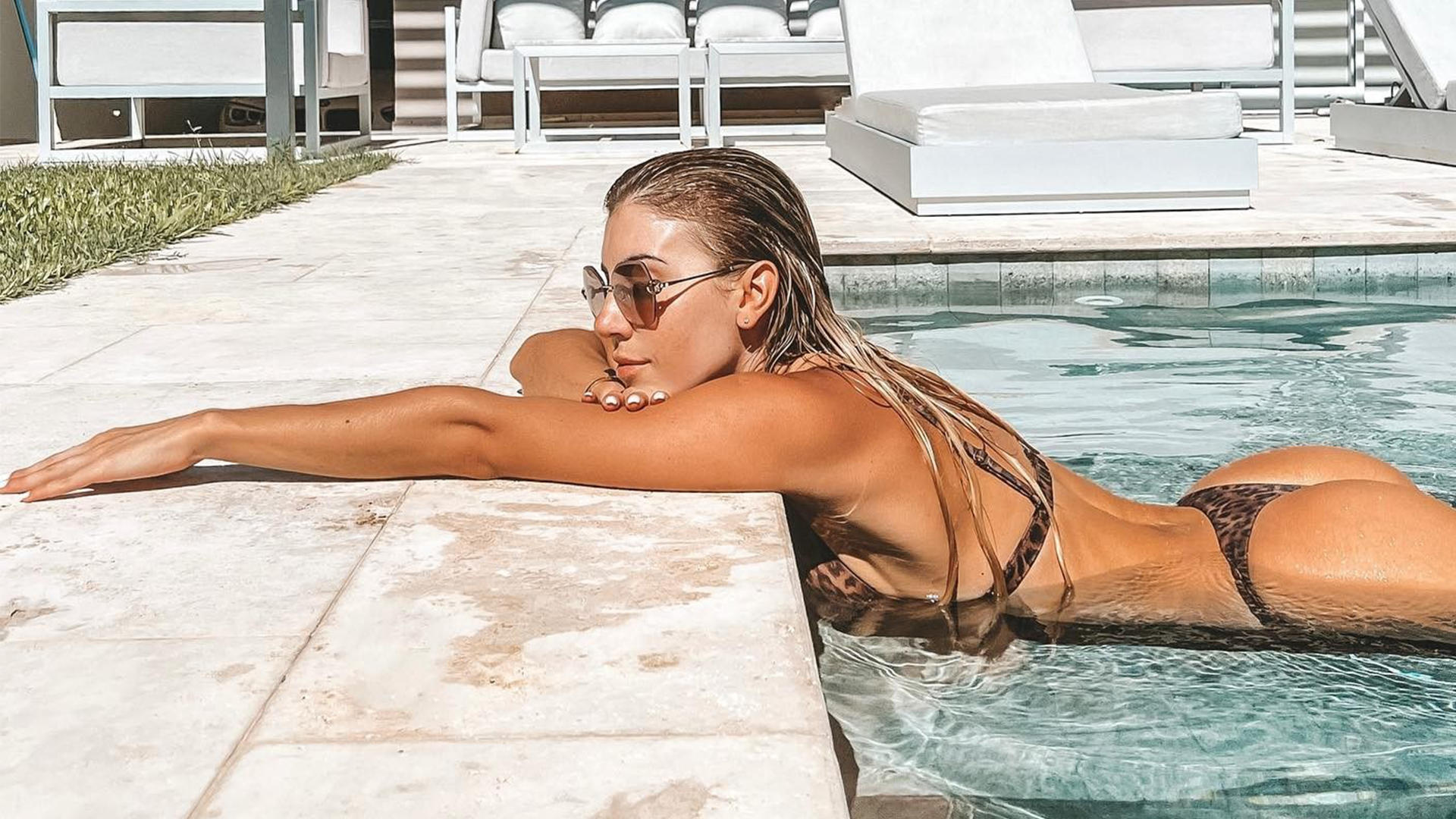 
ARSENAL and Manchester United transfer target Lisandro Martinez could be on his way to the Premier League this summer.

And if the 24-year-old Ajax centre-back does arrive in England then he may well be joined by his stunning girlfriend Muri Lopez Benitez.

Reports in Holland suggest the pair have been together for a decade – since they were just 14 years of age.

And Benitez has amassed a substantial following on social media with more than 30,000 fans on Instagram.

She frequently keeps her online supporters updated with photos and videos – most recently sharing images from the Maldives.

It is also evident that she boasts even more impressive abs than one of Martinez’s potential future team-mates Cristiano Ronaldo.

However, it remains to be seen whether we will see both Martinez and Benitez in England later this year.

Arsenal appear closer than Man Utd to securing a deal for the Argentine.

The Gunners’ initial £25million offer was rejected by the Eredivisie champions.

But Mikel Arteta is willing to return with an improved bid of around £30m to get the transfer over the line.

Arsenal have already secured the signing of attacking midfielder Fabio Vieira from Porto.

And they are also closing in on clinching Manchester City forward Gabriel Jesus for around £50m.