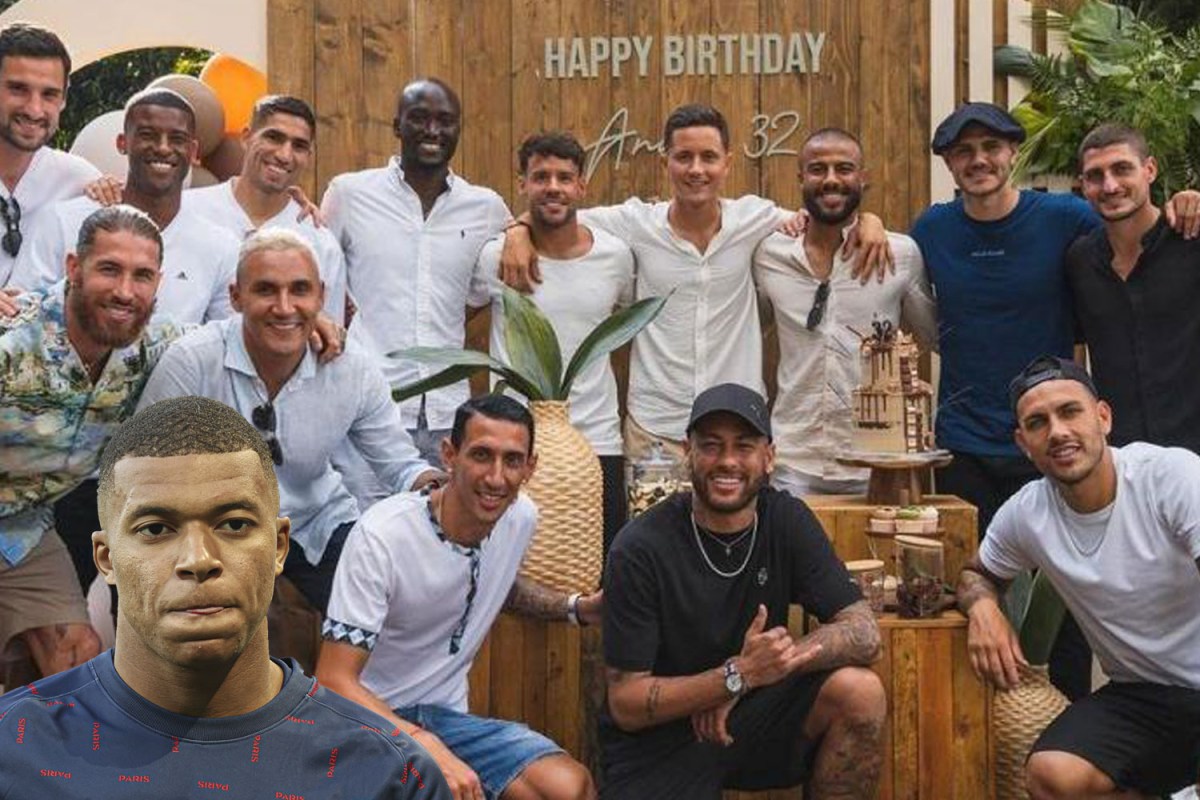 The ex-Manchester United midfielder celebrated turning 32 on Saturday by starting in PSG’s 4-2 Ligue 1 victory over Strasbourg.

Afterwards there were 15 players spotted in attendance at the Spaniard’s birthday party – including new-boy Messi.

He captioned the picture with: “Thank you great team #birthday.”

However Mbappe – who scored in the weekend’s win – was not pictured with his colleagues and appeared to not be there.

His absence from the gathering comes as speculation mounts over his future amid interest from Real Madrid.

The LaLiga giants have been linked with the French hotshot for some time and they are believed to be plotting a swoop for him again before the summer transfer window slams shut.

Mbappe’s contract at Parc des Princes expires next summer and talks seem to have broken down between him and the club over an extension.

The rumours over his deal and Madrid’s interest led to him being jeered by some PSG fans during the clash with Strasbourg.

PSG boss Mauricio Pochettino was quizzed about the booing afterwards, and he said: “I did not hear the whistles.

“I am very happy with him. He’s focused on what he needs to do and had a really good game. He must continue on this path.

“It is very important for us to have our supporters around us.

“It’s extraordinary and we missed him dearly. Football is completely different with the spectators.

“With the presentation of the newcomers, it was a great evening for PSG.

“Now, we have to prepare them gradually, without taking too many risks, whether it is Leo Messi or the others.”