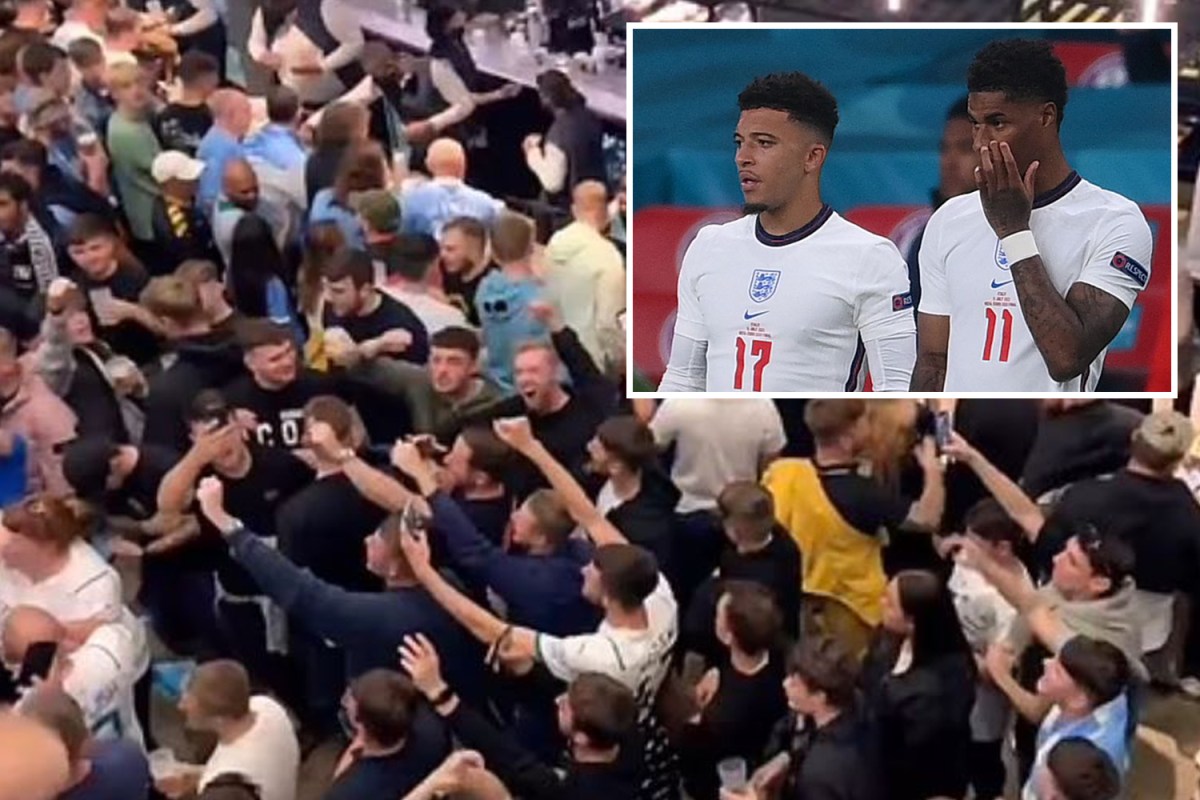 
MANCHESTER CITY fans shamefully chanted ‘Sancho and Rashford let the country down’ just one day after Leeds supporters did the same.

A group of Citizens were filmed singing the words ahead of Sunday’s 1-0 defeat to Tottenham.

Arsenal winger Bukayo Saka also failed to hit the target in front of a home crowd at Wembley.

And all three players were subjected to disgusting racial abuse online.

There has since been a huge show of support from the public for the brave Three Lions trio.

But a number of City fans still decided to target United duo Sancho and Rashford on Sunday, claiming they had let the nation down with their misses.

Yet the champions were stunned by Spurs in London as they fell to a second-half strike from Son Heung-Min.

However, United had the last laugh as they thrashed their rivals 5-1 at the Theatre of Dreams.

A hat-trick from Bruno Fernandes set the Red Devils on their way, with Mason Greenwood and Fred also on target.

There were better scenes of support for Arsenal’s Saka when the Gunners visited Brentford on Friday.

The winger received a standing ovation from Bees fans when he came off the bench.

But Saka was unable to prevent Arsenal from falling to a 2-0 defeat to the newly-promoted side.